10 Game Servers You Can Run on a Raspberry Pi

10 Game Servers You Can Run on a Raspberry Pi 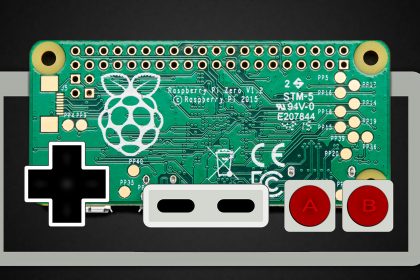 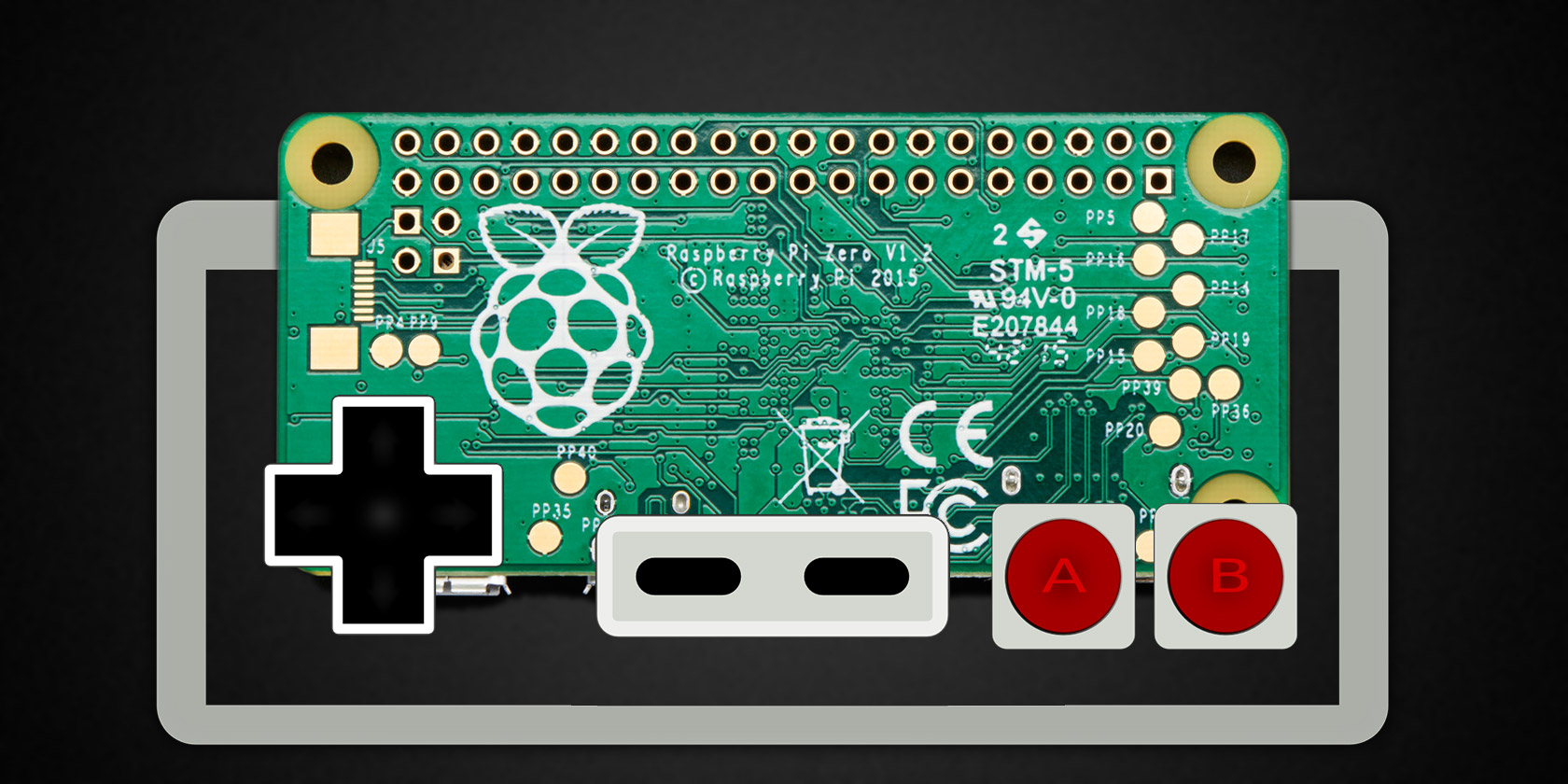 Gaming on the Raspberry Pi is surprisingly multi-faceted, supporting both native and emulated games.

But what if you wanted something more impressive, yet game-related, from the device?

Well, how about setting it up as a game server? Just imagine, hosting LAN parties wherever you are, thanks to the pocket-sized Raspberry Pi! All you need to do is ensure you have an Ethernet cable, a suitable power adapter and game server software.

Here are 10 games that you can host on your Raspberry Pi game server.

You may be familiar with Quake, the awesome multiplayer deathmatch game from id Software released in 1996. QuakeWorld is the internet multiplayer version (as opposed to NetQuake, the LAN-based multiplayer release).

The source code was released under the GPL license in 1999 and is available to install on your Raspberry Pi. QuakeWorld supports local network (LAN) multiplayer action and is not intended for use on a public server.

For the best results, ensure the Pi is connected to your router via Ethernet, rather than wireless.

For more online shooting action, take a look at AssaultCube. This free online multiplayer FPS game plays out in realistic environments, with efficient bandwidth usage ideal for the Raspberry Pi. With its low latency, AssaultCube can even be run over a 56Kbps connection!

If you don’t have anyone to play against, AssaultCube also has a single player “bot” mode. You’ll find several multiplayer modes, meanwhile. These include Deathmatch, Survivor, Pistol Frenzy, Last Swiss Standing, Capture the Flag, Hunt the Flag, and One-Shot One-Kill. Each of these has a team version, too.

Many maps are included in the game—an in-game map editor is also available.

Head to the assault.cubers.net website for full details of the game. You can download the code from GitHub and compile the game server on your Pi in just a few minutes.

3. Host a Minecraft Server on Your Raspberry Pi

Minecraft and the Raspberry Pi are perfect bedfellows. After all, Minecraft Pi Edition is included in Raspbian. But what about a Minecraft game server?

The results are best enjoyed on a Raspberry Pi 3 or later, but a Raspberry Pi 2 should also work. You’ll find the best results from this Minecraft server will be enjoyed on your home network. It’s not suitable for hosting Minecraft environments on the public internet.

However, within your home network, you’ll have a Minecraft world ready to be built and rebuilt at your convenience! This can be accessed via the Minecraft games installed on a Windows PC, Android or iOS device.

To get started, check our guide to setting up a Minecraft server on Raspberry Pi.

Based on Sid Meier’s Civilization, FreeCiv is open source and available in client and server flavors. FreeCiv draws from CivNet and Civilization II, as well as elements from the many other versions of Civilization.

Installation is as simple as:

You can then start the server with:

The game server will then be available to connect to from any other device running the FreeCiv game client. Given how long games of Civilization can take, having a server to keep the game running on makes perfect sense!

Check the Server Manual at the FreeCiv wiki for configuration details.

Quake has a network multiplayer option for the Raspberry Pi—so what about Doom?

Thanks to the Quake On LAN team (also behind QuakeWorld for the Pi), Doom On LAN is now an option. This uses the Zandronum port as a game client, which supports up to an immense 64 players. Several gameplay modes are available, and there’s support for many mods.

There’s also the addition of jumping and free looking (both unavailable in the original), as well as custom key bindings. As ever, the game will work best with a direct Ethernet connection to your router. Now all you have to do is find 63 other people to play with.

A fascinating, ship-based game about trade and pirates, Windward is a rarity in this list. It is one of just two titles that aren’t open source. You’ll find it available from Steam for just under $ 10, and the game plays in both single and multiplayer modes.

Setting up is a little time-intensive; you’ll need to install Mono (the open-source implementation of Microsoft .NET) on your Pi.

Once installed you’ll find the Windward server in the Lobby screen of the game client. Note that this set up installs copying some data from the game folder on your PC. Time to set sail!

This 2D adventure sandbox was first released on Windows in 2011 but has since been ported to Linux and macOS. If you own Terraria, then you’ll be able to host a game on your Raspberry Pi.

Using a Raspberry Pi 2 or later, you can setup the Terraria server on Raspbian, again installing Mono as a prerequisite. Next, you’ll use TShock, the Terraria game server, which is available from GitHub. Once up and running, anyone who wants to play will find the Terraria server in their version of the game. Although connecting to the server from a local network is best, Terraria can also be played over the internet. 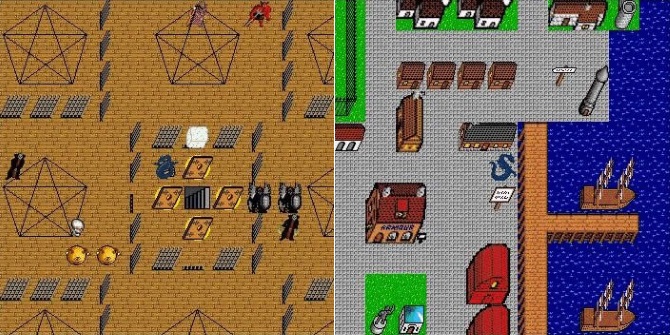 A multiplayer arcade adventure game, Crossfire is reminiscent of Gauntlet and rogue-like games. With 3,000 maps, an elaborate magic system, and 150 monster types, Crossfire’s world is suitable for individual or team play.

Client and server software are available for Crossfire, both available from the website. Once the server is set up on your Raspberry Pi, gamers on any of the other client platforms can join.

Beware, Crossfire is massive, engaging… and fun! There’s a lot to learn, like a traditional dungeon game—check the website for help with the magic system.

9. The Battle for Wesnoth

A massive open-source turn-based strategy game with a fantasy theme, The Battle for Wesnoth has been around since 2003. You’ll find versions for popular desktop systems Linux, Microsoft Windows, and Macintosh (up to and including macOS).

Clients for iOS and Android are also available—fans of BeOS and AmigaOS can even play. There’s a browser option, too!

LAN and internet multiplayer options are available, and the game features 46 multiplayer maps. Like many games in this list, The Battle for Wesnoth has a built-in game server. All you need to do is install the game on your Pi, then set it to host a game. You can invite players from within the game.

Look out for a load of player-made content, such as campaigns, new factions, and original multiplayer maps.

We’ll finish with this great favorite of the desktop strategist. OpenTTD is an open source version of the 1995 game Transport Tycoon Deluxe. Expanded beyond the limits of the original, OpenTTD can be configured as a dedicated game server on the Raspberry Pi.

Like FreeCiv, OpenTTD takes a while to play; you’re probably going to be playing a particular map for a while. Installation and setup is straightforward. Begin with the standard OpenTTD installation:

Once this done, run the server with:

Game clients on Windows, Linux, macOS, other Pis and mobile devices should then be able to connect to the game server. Connect using device name or IP address. Note that you can also use the launch option:

This will run OpenTTD in the background, with output sent to the openttd.log file. Tips for server setup can be found in the OpenTTD wiki.

Can You Use Raspberry Pi 4 as a Game Server?

Different models of Raspberry Pi are suited to different tasks. For example, you could run a print server with the original Raspberry Pi—it wasn’t as suited to multiplayer gaming.

However, there is every chance that the Raspberry Pi 4 could run a World of Warcraft (classic) server. It might even be suited to running an ARK server. As with everything else in this list, it depends as much on the generosity of the game developers as it does the Raspberry Pi 4’s hardware.

It’s amazing, but the low-power Raspberry Pi—considerably less powerful than your desktop PC—can host online gaming sessions! Sure, modern games are not available, but the choice of 10 games is reason enough to investigate further.

Read the full article: 10 Game Servers You Can Run on a Raspberry Pi 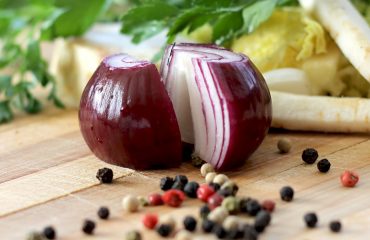 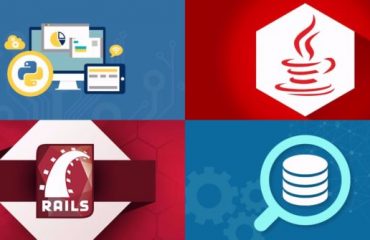 Learn to be a Skilled Back-End Developer With These Courses