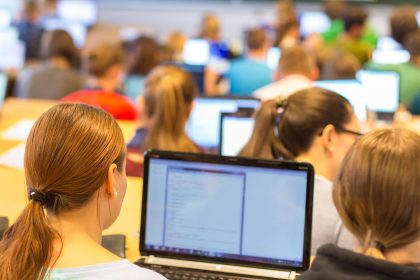 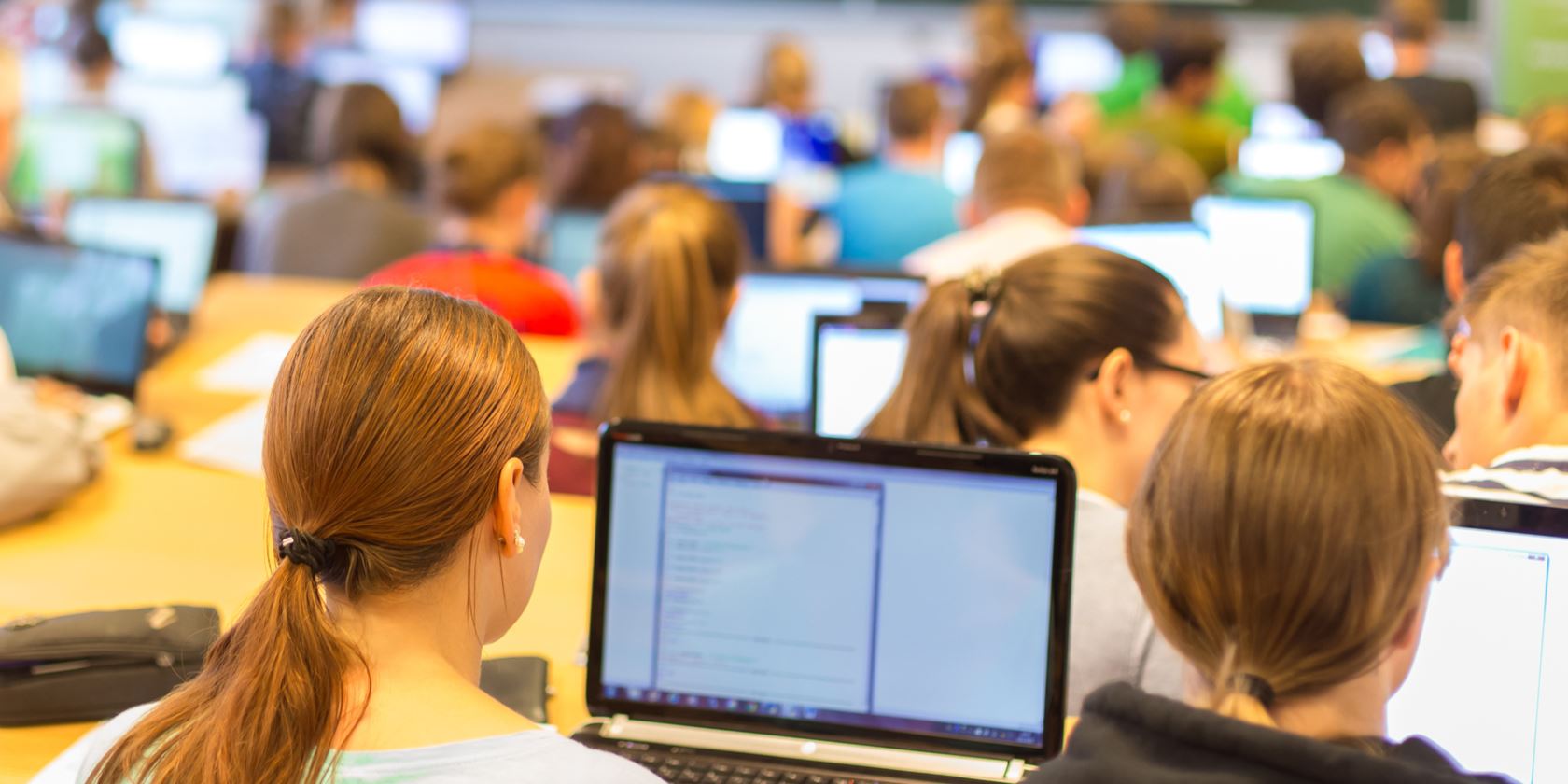 Many of us have jobs that require us to stay in one position for long hours. Though you may get up for lunch, drinks, or the restroom, it’s too easy to sit down for long periods of time. We can’t solely blame careers either: look at how addictive gaming can be.

But we all know that leading a sedentary lifestyle can have negative impacts on our health. So what happens to our bodies when we’re inactive? What are the side effects of sitting for too long? And what can you do to stay active?

Can Sitting Down Increase the Risk of Early Death?

The World Health Organization (WHO) reports that being physically inactive accounts for 6 percent of deaths globally. That might not sound much, but it’s the fourth leading risk factor for mortality.

It’s the main cause of up to 25 percent of breast and colon cancers, 27 percent of diabetes cases, and 30 percent of heart disease cases.

Of course, some studies are based on observation only, seeing correlations but not always causation. The sick, for example, are more likely to rest for hours on end. Others do take this into account. Nonetheless, the death of around 70,000 UK residents each year are attributed to sitting or lying down for too long.

Why Is Sitting Too Long Bad for You?

This might initially seem obvious. Indeed, many studies gloss over this. Many consider that inactivity is bad for you for exactly that reason: you’re not engaging in an activity.

However, that’s ignoring other potential explanations. For instance, snacking while watching TV or playing games means you can pile on the pounds and not sweat them off. When you sit down, your body’s ability to burn off energy slows to one calorie per minute—that’s about a third compared to a casual walk. As the electrical activity in your muscles drop, so does the production of enzymes that make lipids and triglycerides, which attack fatty cells in your blood. Obviously, your metabolism plays a big part in this too.

It’s a vicious cycle. If you suffer from ill-health, you’ll likely spend more time lying or sitting down. The more you sit down, the less motivated you are to move about, meaning you sit down even longer.

But there are a few things you can do to counteract inertia, including using workout generators to exercise. Or just start small by taking the stairs instead of the elevator. Remember, your reluctance to take action can trigger a lot of problems.

So what are the health risks of sitting too long at a desk all day? Here’s just a small sample. Insulin is the hormone that helps your body burn sugar and carbohydrates for energy. Inactivity negatively affects hormone levels (which further impacts your immune system).

It’s unusual for anyone to spend 24 hours sitting down. However, if you do, insulin’s effectiveness drops by 24 percent. It’s not solely lengthy spells like that which affect you though.

The average person sits down for 8 hours a day. But let’s optimistically posit that you spend 6 hours a day seated. It’s a fair estimate if you work in an office environment. Similarly, if you watch TV, play games, or use the PC when you get home. Within two weeks of doing this, your body’s resistance to insulin increases.

The physical reaction to this is weight gain. The hidden cost is higher blood sugar levels, which can result in Type 2 diabetes.

The opposite is also true. A 2016 issue of Diabetes Care reported spending three minutes moving after sitting down for 30 minutes improves blood glucose levels.

A pooling of blood, often due to inertia, puts pressure on your veins, which can become misshapen. Superficial swellings are known as varicose veins, which looks like spider’s webs across your skin. Symptoms include an aching or a feeling of heaviness in limbs. These aren’t generally too serious.

However, venous thromboembolism (VTE) is a greater concern.

VTE is a restriction of blood flow due to clots. The most common form is Deep Vein Thrombosis (DVT), associated in your extremities, including in your arms. You’ll have heard of DVT in relation to vacations as some suffer from it during long flights.

In rare cases, this can develop into a Pulmonary Embolism (PE), when a clot dislodges and travels to your lungs. Obviously, this is a life-threatening illness.

A surprising example of this came to light after the 2016 Kumamoto earthquake in Japan. Those fleeing the crisis spent considerable time in their cars: 82 percent of the 51 hospitalized evacuees reported blood clotting issues. 35 of these patients suffered from PE. It goes without saying that something which affects your blood can also impact your heart.

Watching TV for 3 hours or more each day makes you 64 percent likelier to die from heart disease.

Links between sitting all day at your desk and premature death were established in the 1950s. Bus drivers in London were twice as likely to suffer heart attacks than the vehicles’ conductors. But it obviously remains a huge problem.

Coronary heart disease accounts for some 700,000 deaths annually in the US, making it the country’s leading cause of death. It’s further estimated that 35 percent of these deaths are due to sedentary lifestyles.

What’s more, those with heart disease are more likely to be inflicted by depression too. It’s no wonder, then, that physical inactivity can lead to suicide. The American Foundation for Suicide Prevention’s Paula Clayton MD, says:

“90 percent or more of people who kill themselves have a mental disorder before the time of their death. 60 percent have major depression.”

If you’ve sat in an uncomfortable chair for ages, you’ll be familiar with back and neck pain. This is often due to the disks between the vertebrae losing their softness, resulting in misalignment of bones in your spine.

You might’ve traded that lumpy seat for a more ergonomic one. Yes, you’re limiting the damage, but your back muscles and spine will nonetheless be impacted by inactivity.

That’s because sitting all day affects your skeleton. For some, this can lead to osteoporosis, i.e. weakened bones.

Your bones constantly renew themselves: essentially, old bones are reabsorbed and replaced. But as you get older, your bone mass decreases faster than it’s rejuvenated.

An average person loses 1 percent bone density each year after reaching peak production in their early 20s. Inactivity means bone mass will decrease at a greater rate than that as oxygen consumption drops. Your bones receive about 10 percent of cardiac output and use oxygen in your blood to repair and replace.

The main adage to take from this is: “Use it or lose it.” Even if you’re not feeling the effects now, you may when you get older.

What Can You Do to Counter Negative Effects? There’s lots of conflicting evidence, sadly, but there remains positive news too.

Dr. Levine, a researcher at the Mayo Clinic in Minnesota, coined the term, Non-Exercise Activity Thermogenesis (NEAT). It demonstrates how small everyday movements can counteract an otherwise sedentary lifestyle.

Studies assert that moving every 30 minutes can dramatically cut the risk of premature death from inertia.

It doesn’t mean you have to go for a run. You need “moderate exercise”, i.e. the equivalent of a brisk walk. Your daily errands add to your step count, so cleaning the kitchen helps. So does bathroom breaks and heading to the water cooler. You can use apps to help combat pain from bad posture and remind you to limber up every half hour.

You need to do something that burns more calories than sitting down—and yes, that includes merely standing up. It’s about breaking your day up.

The US Department of Health advises us to take 10,000 steps a day. It’s an achievable goal which is further enforced by health services like Fitbit. If you can’t make it to 10,000 steps, increasing your average step count, even by small increments, is a solid idea. You could walk to work; spend an hour each week gardening; or talk face-to-face, rather than by email.

What if you’re going on vacation?

Take regular breaks when driving. You can typically walk down the aisle on an airplane too. Still, drinking plenty of water is very important as dehydration can lead to blood clots. Buy support socks and try to move in whatever ways you possibly can. Simply moving your ankles in circular motions regularly can help.

How to Start Toward a Healthier Lifestyle

The American Journal of Epidemiology published an analysis of over 127,000 adults in the USA over a 21-year period. It found a troubling list of illnesses as effects of sitting all day, including cancer; strokes; kidney, lung, and liver disease; Parkinson’s disease; and Alzheimer’s disease.

Read the full article: 4 Serious Health Issues From Sitting Too Long (And How to Avoid Them)

Tagged under: Avoid, From, Health, Issues, Long, Serious, Sitting, Them 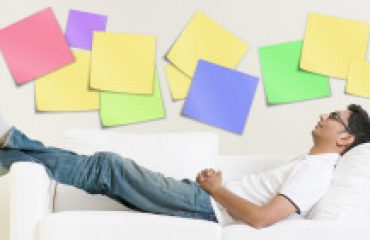 Too Lazy to Take Notes? Try These Faster Notetaking Tips Instead

Think Flash Is the Only Insecure Plugin? Think Again