Facebook is waging a war on many fronts today. It is misleading users into thinking their information is more secure than it is. It is using powerful political lobbies to influence government policies. And you can’t be anywhere on the internet without being tracked by Facebook.

If you don’t know how bad the situation is, you need to find out before it’s too late. These websites and apps explain why Facebook is a security and privacy nightmare, and suggest ways to take back control over your data.

1. Stop Using Facebook (Web): Why You Should Quit FB Digital rights activist Joel Hernández wanted a single place where people could understand, in simple words, what Facebook was doing wrong. Stop Using Facebook is the weekend project he put together.

Go through the series of 15 bullet points. You’ll learn about the different ways in which Facebook is being immoral or unethical. Also, you will realize how badly it deals with the responsibility of being the world’s largest social network. These revelations include how Facebook is manipulating your emotions by showing specific content, to how some of its employees openly say they care more about money than ethics.

Each point is ably backed up by a link to a reputed source like news media, analysts, or fact-checkers. Then, Hernández lists “how” you can quit Facebook, providing alternatives to popular Facebook apps as recommended by Ethical.net. If you thought that the problems with Facebook are cropping up just now, you couldn’t be further from the truth. Facebook has always been problematic, as you can see with this timeline of its misdeeds with privacy-related matters.

Pretty Zucky tracks news about the social network from the time Zuckerberg left Harvard to work on it full-time. You’ll see that even back in 2006, users found the News Feed creepy, that Wired pointed out private profiles aren’t private, that it faced a class action suit in 2008, and that it first hired lobbyists back in 2009 to push its privacy agenda.

Each item on the timeline is a placard with a headline, a brief description or extract of the relevant information, and a link to the original source. From November 2005 to June 2019, you’ll see the growth of Facebook and how it pushed the boundaries of privacy.

There are some excellent websites and apps to find out what Facebook knows about you and block it. Firefox users can grab Mozilla’s own Facebook Container to thwart the social network, but there isn’t a Google Chrome version of it. For now, Block FB is one of the simplest ways for Chrome users to stop Facebook in its tracks.

The extension launches a two-pronged attack on Facebook. First, it blocks common Facebook URLs, such as the homepage, apps, developer pages, and so on. If you try to visit it, it simply won’t work.

Next, it also stops all Facebook tracking through elements like the Share button on a web page. By stopping a Facebook pixel from firing on a third-party’s page, the social network cannot create records of your browsing activity. It’s great if you’ve decided to end your dependence on Facebook. But once you see Facebook owns several different services that you depend on, you might wonder if it’s possible to quit Facebook. SaaSHub created a handy page of all major Facebook products and its alternatives.

Each app has at least three alternatives, with their salient features. While the four big ones (Facebook, Facebook Messenger, WhatsApp, and Instagram) deserve dedicated articles on them, it’s the smaller Facebook apps that matter.

This isn’t a list of privacy-centric apps alone. You will find apps from other companies which aren’t squeaky clean and even some that are as notorious as Facebook. The idea is to give you options and let you choose. If you delete your Facebook account, all the data you uploaded on it is going to be gone forever. Facebook lets you download all that data to your computer, but it’s likely going to be a large file and you can’t really browse it easily. SocialVault is a quick-fix solution to these problems.

SocialVault is built on Blockstack, the decentralized internet ecosystem, so you’ll need a Blockstack account to use it. Once you download all your Facebook information, follow SocialVault’s instructions to upload it all to the decentralized Gaia server, which is also automatically encrypted so that the app developer can’t see your data, while you get a backup.

Once the upload is finished, you’ll find an easy interface to browse the history of your Facebook data, such as posts, photos, and so on. There are currently some issues with large files and messages, but the developer intends to fix those soon.

These warnings and advice about Facebook make it clear that using the social network is detrimental to anyone who cares about their privacy and digital activity. If you think you can do away with Facebook entirely, it might be better to cut the cord for good.

But there’s a difference between deactivating and deleting Facebook. Deactivating your account still lets Facebook store your personal data on its servers. If you delete your account, that data will be erased after 30 days. But your privacy is still not entirely protected, as the article suggests.

Read the full article: 5 Tools to Understand Facebook’s Privacy Violations and Defeat It 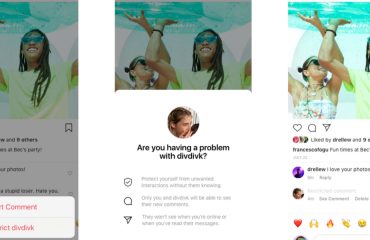 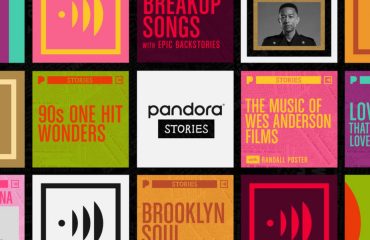