Small visual defects, known as glitches, are a common phenomena in our increasingly technology-reliant world. They generally occur as a result of a hardware problem or data corruption, but you’ll find similar effects all over the media in movies, TV shows, music videos, and advertising.

But you don’t need to data mosh your video files anymore. There now exists an entire subgenre of apps designed to distort your photos, videos, and GIFs. Many of them even work in real-time.

There are some big names attached to these apps. Musicians like Gorillaz, The Glitch Mob, and Pharrel Williams have incorporated them into their work in some way. Now it’s your turn.

Glitch Art: But… Why?

The internet has been intentionally “glitching” videos and images for years now. The practice known as data moshing introduced the concept of intentional visual distortion by way of data manipulation. People intentionally remove frames from video files and see what happens.

Musicians have been embracing both digital and analog imperfections for decades. The rise of vaporwave subgenres like mallsoft plays on this same theme of low-fidelity media. It’s not uncommon for DJ sets to be accompanied by glitchy visuals or VJ sets either.

Many of these apps can export videos, stills, and animated GIFs that you can use for pretty much anything. Instagram posts, SoundCloud artwork, looping Facebook profile videos, forum avatars, iPhone backgrounds, or your next creative project are all fun applications.

They’re also exceptionally fun photography toys to play around with.

Hyperspektive is a $ 1 premium app that sits at the forefront of the current glitch app craze. It’s a self-proclaimed “reality distortion app” which means it functions both as a real-time glitch camera and a post-processor for videos you’ve already shot.

The app uses an Instagram-like filter approach, with several adjustable parameters per preset. You can adjust the effect simply by tapping and dragging around the frame, like an XY pad on a synthesizer. If you’re recording in real-time you’re limited to 720p output, but post-processed videos export in 1080p.

The presets themselves are impressive, with traditional distortion effects, colorization, mirroring, stereoscopic 3D, and various combinations thereof. You can export your videos in 16:9 widescreen simply by turning your device to landscape, or just shoot square videos that are perfect for Instagram.

Hyperspektiv makes it easy for anyone to create unique and interesting videos, with the learning curve of an app like Instagram. It only supports videos at the time of publishing, but the developers are introducing photo import in the near future (it might be live by the time you read this). Glitch Wizard takes a different approach than Hyperspektiv, with an emphasis on GIFs and granular control as opposed to ready-made filters. The other big difference is that you can’t use real-time effects to preview glitches; this is a strictly import-and-tweak affair.

When you import a video, Glitch Wizard will break it down by individual frames. You can apply different effects to each frame, or scale an effect across the entire sequence using the wizard controls at the bottom of the screen.

You can also choose to apply individual effects to each frame, or create new frames from a single photo. This allows you to create entirely unique animations, with the only limitations being your creativity and spare time.

You can then adjust the playback speed and style of your sequence. The app also features a “feed” of featured content, and the ability to export as video, GIF, or directly to an app of your choice. There are no in-app purchases to speak of; one price nets you all features. While Glitché is cheap at only $ 1, the app is fairly limited in what it can achieve for that price. If you want to glitch videos or use real-time camera effects, you’ll need to pay $ 3 for each. If you want high resolution photo export, that’s another $ 3. That takes the total cost of Glitché to $ 10 with all optional purchases.

For the base $ 1 you get a glitch image editor, with the ability to glitch still images and export the results as a GIF. There’s a good range of effects available, with various modes and controls for each. You can’t stack effects, but you can edit each frame individually (stills get ten frames to play with).

There’s also some good built-in image editing tools, something lacking from Glitch Wizard. These allow you rotate, invert, scale, and convert your images to black and white. Any changes you make are maintained once you start applying effects over the top.

Glitché’s claim to fame is its App Store popularity and long list of celebrity endorsements: Gorillaz, Norman Reedus, Pharrel Williams, Lily Allen, Kim Kardashian, Skepta, Travis Scott, and Major Lazer to name but a few. Despite its limited offerings, if you like the way Glitché looks and behaves, you likely won’t resent spending another $ 3 on video filters. Luminancer is one of the most powerful (and most finicky) apps on this list. The developer says he’s aiming the app at “masters of lightwave sorcery” for its unique approach. Luminancer works by “overloading the luminance channel with strobing colors and video feedback” and puts a great deal of control in your hands.

As a result, there are no Instagram-like filters. You can choose to glitch your rear and front-facing cameras in real-time, or work with videos on your Camera Roll. There are two on-screen sliders: a decay filter, which decides how long the effects hang around on-screen; and a threshold filter for limiting the point at which Luminancer’s colorful effects kick in.

You can then choose between light and dark channels, and which color effect you want to employ (there are four in total). A blend mode decides how the various settings interact, and you can further destabilize your footage by dragging and twisting the screen.

You can export square and 16:9 video (in landscape mode), though the app’s main emphasis is live performance. Despite this, I had trouble getting the image to output via AirPlay, so your mileage may vary. While Glitch Art is free to download, the app really wants some money out of you. If you prefer the try-before-you-buy approach, this offers a good start with some serious limitations. Perhaps the most irksome restriction is that you can’t export videos without a watermark unless you pay for a premium subscription.

The app takes an Instagram-like approach, with about half of the included filters available for free. Many of these are passable, though it seems that the app prefers overlaying effects rather actually manipulating the video.

If you’re looking for something free to play around with, Glitch Art isn’t bad. There are some extra tools thrown in, like style filters, the ability to add text to your video, and audio controls. Ultimately, though, it comes up short compared to everything else on this list.

Powerful Glitch Art on Your iPhone

Gone are the days when you’d need a formal training in After Effects to achieve weird and wonderful glitch art.

Don’t be put off by some of the price tags associated with these premium apps; you really do get what you pay for. The evidence for what they can achieve is all over Instagram and YouTube, and some have even been used professionally for music videos and album artwork. 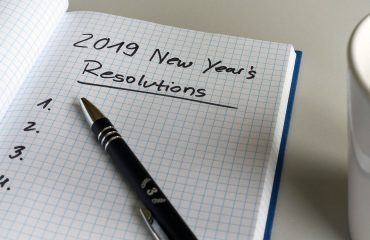 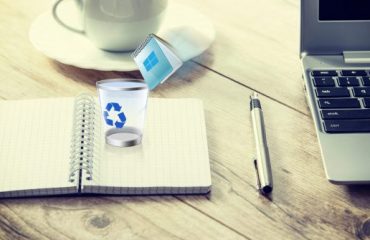 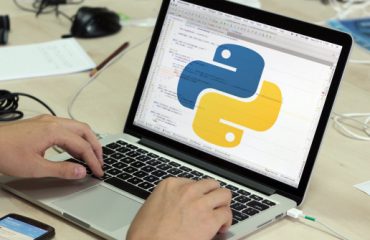 5 Reasons Why Python Programming Is Not Useless