Adobe Photoshop for iPad vs. Affinity Photo for iPad: Which Is Best?

Adobe Photoshop for iPad vs. Affinity Photo for iPad: Which Is Best? 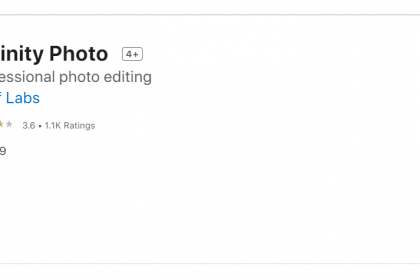 Adobe Photoshop is the go-to when it comes to image editors. Whether on iPad or any other device. However, it’s far from the only option on the market, and its monthly subscription price will put a lot of people off.

So, in this article, we compare Photoshop for iPad to Affinity Photo for iPad. Does the former offer enough over the latter to justify the higher price tag? Read on to find out.

An Overview of Affinity Photo and Photoshop for iPad

Affinity Photo for iPad launched back in 2017 during WWDC. It promised to bring a “desktop-grade” experience on the iPad for a fraction of the cost.

Coming in at just $ 19.99 on the App Store, you might think it can’t keep up with the likes of Adobe’s established Creative Cloud Suite, but you’d be mistaken. Affinity Photo is one of the best alternatives to Photoshop on the iPad.

Serif is no stranger to providing great creative software for a small, one-time fee; check out why Affinity Designer is such a great alternative to Illustrator. This is especially notable when you compare it to Adobe’s own Photoshop for iPad.

Photoshop for iPad was released back in 2019, and the app promised to be “full-fledged Photoshop on iPad”. The app comes bundled with Adobe’s Creative Cloud Suite, which can range in price from $ 9.99/month to $ 20.99/month if you’re opting to just use Photoshop.

Now that we know the basics, let’s dive in and compare the two iPad photo editors…

If you are accustomed to Adobe’s software, you should feel at home here. The UI is a squished down version of Photoshop from the desktop with your toolbar on the left and your properties panel on the right.

Adobe did a great job with the look and feel of Photoshop on the iPad; gesture controls for the most part feel natural to use and beginners should feel comfortable learning the program.

For Photoshop users coming from the desktop app, it’s important to note that the touch interface can make certain functions of a tool act differently compared to the mouse and keyboard experience you’ll be used to on a Mac or PC.

Like Photoshop, you have your toolbar on the left with your properties on the right. Notice how Affinity Photo gives you many more options compared to Photoshop.

Serif created a near-identical experience from its desktop app to its iPad app. Which means it feels properly made for the iPad, not sacrificing functionality even without the use of a mouse and keyboard.

Finally, in the top left-hand corner, you will see the Personas toolbar (more on that below).

Photoshop for iPad offers most of the core tools you can find in the desktop app. You can get by fairly well as you have access to all of your Adjustment Layers, Layers, and Selection tools from the desktop app.

One of the main advantages Photoshop has over Affinity Photo is its cloud storage and integration with Creative Cloud. Creative Cloud lets you work on the same files on different devices. It includes 100GB of storage if you opt for just Photoshop.

You should note, however, that not all of the features from the desktop app have made their way onto Photoshop for iPad, and many file formats such as RAW aren’t supported yet. However, Adobe allows you to share feedback and send feature requests within the app.

Affinity photo offers a slew of features of its own. Personas on Affinity Photo are different ways for you to use specific tools to match your workflow. There are six Personas: Photo, Selection, Liquify, Develop, Tone Mapping, and Export. You can actively switch between these Personas as you continue to work.

While Affinity Photo doesn’t have the same level of cross-device integration as Photoshop, if you own a Mac, Apple’s iCloud storage ranges from $ 1 to $ 10, offering 50GB to 2TB, which can be used to transfer Affinity Photo documents.

This does however means you will have to pay out an additional $ 49.99 for the desktop version of the app if you want to integrate a similar experience to Adobe’s Creative Cloud.

Affinity Photo also includes a history scroll tab, which lets you scrub through all of your edits. This feature is really useful when you want to go back to a specific portion of your edit and start from there. This history tab is accessible even after you close your document or exit the app. The Undo button is usable up to 8000 times.

Both Photoshop and Affinity Photo support Apple Pencil and keyboard and mouse. For Photoshop especially, it’s recommended to use such accessories because solely using your fingers is a daunting task. It isn’t impossible, but it will take a learning curve to get efficient at it.

Using simple tools such as the clone stamp is not very pleasant without using a mouse, but on Affinity Photo, it’s very intuitive and surprisingly accurate. When comparing the two programs, it’s clear that Affinity Photo emphasizes a touch-first user experience that makes the accessories complementary rather than a necessity.

As a side note, Affinity Photo also lets you customize keyboard shortcuts to better integrate the program into your workflow.

If you’re interested in more apps that take advantage of the Apple Pencil, check out some of the best drawing and painting apps on iPad.

Affinity Photo for iPad is the more reasonable option of the two as it’s only a one-time, $ 20 fee for the entire app. Of course, this only includes the iPad app, and you won’t get the same cloud integration as Photoshop. However, for both beginners and power users of the iPad, Affinity Photo maximizes your device’s potential.

Is Affinity Photo Better Than Photoshop?

In conclusion, Affinity Photo outshines Photoshop for iPad in many ways. Its lower price tag, better integration with the iPad experience, and ease of use make it a great purchase.

If you are someone who’s just getting started with photo editing or is looking for a cheaper alternative to Photoshop on the iPad, Affinity Photo should at least be on your radar.

That isn’t to say Photoshop for iPad is terrible. In fact, we would recommend it to anyone who is already a Creative Cloud subscriber. 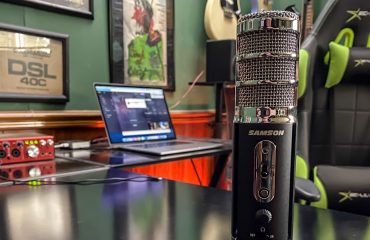 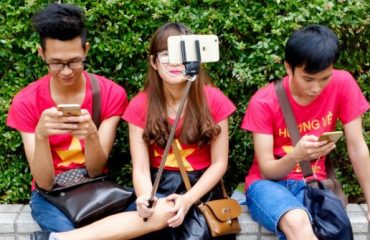 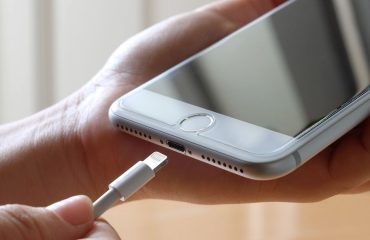 How to Update Your iPhone: iOS, Apps, and Data Backups