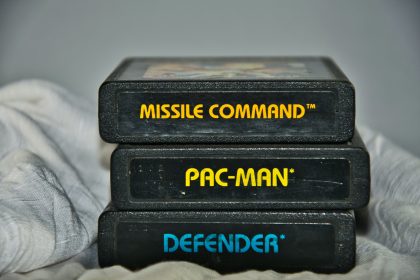 Gaming is a fun, albeit expensive, hobby. It’s not uncommon for bootleg games to make their way onto Ali Express or eBay at suspiciously low prices. While the games make for a fun time and a hot bargain, what risk do these games pose to you?

Depending on the platform you use and the title you grab, there may be dire consequences from using the illegal game. Learning more about the potential dangers a bootleg game poses helps you avoid any threats and take advantage of what the gaming market has for you.

What Are Knockoff Games?

Knockoff, or bootleg, games are unauthorized items that the original developers did not permit people to distribute.

Sometimes, these copies are blatant pirating. People rip the game information and download it into cartridges or sell the outright files.

Some developers sneak some mischief into the game’s code. People attempting to pirate their games will face threatening dialogue through non-playable characters (NPCs) in-game or glitches in certain features.

Not all games are complete copies, though. Sometimes, fans modify existing games or make fan versions using the original framework. Some do this by editing the original code, while others build new games from scratch using other apps.

While these are fun, they are technically not authorized, especially when they recycle characters, environments, and exact mechanics from the targeted franchise.

The Pokemon fandom is known for its clever fan games and interesting ports. Fan games like Pokemon Prism and Phoenix Rising are great examples of unauthorized games.

Why Do People Sell Knockoff Games?

Knockoff games serve many purposes. Those playing fan-made games often just want to have fun. These fan games have huge bases of their own as they offer different storylines, improved graphics, or enhanced mechanics.

Fan games are generally available for free download from the developers themselves. They might ask for tips on their site, but generally, if you see them for sale, it's another party unrelated to the people who made the fan games.

Why would someone sell games that didn’t belong to them? People sell knockoff games to make money. There is certainly profit to be made in selling these games if they find someone willing to buy them.

They may trick people into thinking the game downloads are only available through purchase. Other times, they manage to transfer the game data onto a disc or cartridge and sell it to them that way.

Fan games are not the only unauthorized game circulating secondhand markets. With the technology to transfer game data to a cartridge or disc, making tons of copies to distribute is easy once you get your hands on a torrent (or rip a copy yourself).

Pirated versions of games are incredibly cheap to begin with, so buying a bunch and passing them off as legit versions can get you a lot of money.

While fan games are fun, it’s important to understand the legal repercussions of creating such a program. By definition, fan games are copyright violations. Although many fan games continue to live on without such problems, there are times where the franchise has involved a legal team.

These games do involve the illegal use of copyright materials, and the franchise’s legal team has more than enough reason to pursue action. Most of the time, this consists of forcing creators to remove the content from their sites.

It does not mean you cannot make these games, but you risk getting in trouble once you upload them to the internet. You don’t need to worry about getting into legal trouble for making a fan game for your own entertainment more than you need to worry about the legal repercussions of someone stumbling across your fan fiction or fan art on your private computer.

While you can argue you had innocent intentions with a fan game, there is no argument for piracy. Pirating any media, whether it be games and movies or comics and manga, is illegal; distributing it and making a profit off it is a major crime. Depending on the game pirated and the extent of distribution, offenders may end up with hundreds of thousands of dollars or jail time.

Are Bootleg Games a Security Risk?

If you stumble across a site that offers pirated content, chances are, the site itself is not secure. Often, scammers use promises of free (or cheap) new game downloads to get viruses onto devices and wreak havoc.

While not downloading suspicious game files is basic internet safety, the security of bootleg physical cartridges feels like more of a questionable zone.

Anything that connects to the internet poses exchanging some information. While you probably don’t need to worry about your knockoff game stealing your bank information or social security number, pirated games can be dangerous for a dedicated gamer.

Nintendo is known for having no tolerance for piracy. In efforts to limit it in their community, they ban online users caught with pirated content. Even if you don’t know that you have an unauthorized copy, you can face losing your online privileges.

Older games with no internet access, like old Game Boy Advance cartridges or PlayStation discs, don’t come with these banning risks. Just be aware that even pirated retro content comes with a price.

Sometimes developers slip insults or threats into the code of their games, allowing non-playable characters (NPCs) to shame players using pirated games. Others are prone to glitching or cutting out key features.

What Are the Signs of a Bootleg Game?

Some knockoff games are harder to distinguish than others. Key signs you probably stumbled into an unauthorized game copy include:

If you're ever in doubt of a game being genuine, it's probably not the full version.

Should I Buy Knockoff Games?

Low prices and fun fan game ports are tempting, but you should steer clear of knockoff games. These unauthorized copies are illegal and potentially cause you problems.

Be sure to buy your games from reputable sources and be wary of sketchy deals that are too good to be true. 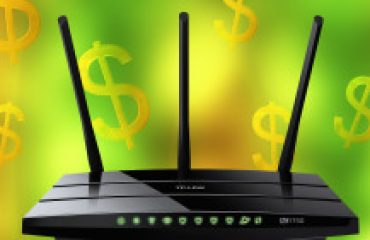