Google is ready for Black Friday, as the company has some insane deals on its Nest and Google Home line of products right now.

The deals are headlined by a staggering $ 150 discount on the Google Home Max, but it’s far from the only good deal the company is offering for Black Friday.

Starting with the most significant discount, Google dropped the price of the Home Max by $ 150. Now, instead of spending a whopping $ 299 for Google’s ultra-powerful connected speaker, you can bring one home from $ 149.

Sticking with speakers, Google is offering a two-pack of the new Nest Audio speakers for $ 169.98, a $ 30 discount. If you want a smaller speaker, you can pick up a Google Nest Mini or a Google Home Mini for $ 18.99, which is a crazy $ 30.01 off the regular price of $ 49. As far as a discount percentage, that’s the most significant discount Google has for Black Friday.

The next crazy deal offered by Google is on the Nest Wifi router and point. The company dropped the price by $ 80, taking it from $ 269 to $ 189. If you’re looking to create a more robust Wi-Fi network within your home, this is a great router to grab, especially at this price.

Get Your Black Friday On!

While it may not be safe to go out and get in line for Black Friday, that isn’t stopping companies from offering all kinds of crazy deals online. No matter what you’re looking for (unless it’s a PS5 or Xbox Series X), you can find it online at a discount.

Twitter’s Chronological Timeline Is Back for Good 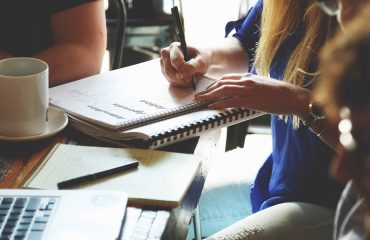 Become a Better Negotiator With This FREE Ebook!