How to Build a Cheap Android PC With Inexpensive Parts

How to Build a Cheap Android PC With Inexpensive Parts

Want a functioning Android PC? You can try installing Android on a computer or laptop, but consider yourself lucky if it works! Certain cheap parts, though, function without problems.

Here are some of the parts that you can use to build an Android PC.

Before looking at the hardware, consider the operating systems on offer. You have a few options when it comes to running an Android computer.

The Best Parts for Building an Android PC

Because Android uses a lot of Linux drivers, some computer parts work with x86 versions of Android. Unfortunately, Android isn’t fully compatible, which is where the problems come from.

If you just want an all-in-one computer to run Android, look no further than a single-board computer (SBC). We’ve rounded up the best SBC units around, and almost all of them are capable of running Android.

On the downside, only a few of them seem to be able to run modern Android versions. Many don’t have better support than Android 4.4 (KitKat) for some reason. The exceptions to this rule include the following SBC models:

If it boots, then you can probably install Phoenix OS. Out of the components that I personally tested, motherboards using the Atom processor (specifically the Q1900 system-on-a-chip) offered the best compatibility with Phoenix OS.

Motherboards Tested Working (Some with Problems)

Motherboards That Should Work Without Problems

There are some general compatibility rules. Most newer Atom-based motherboards should work properly. I tested Phoenix OS on an ASRock Q1900-ITX motherboard. The Bay Trail processor and Realtek ALC662 audio chipset are known to work properly with Android. That means motherboards with a similar configuration should also work properly. The ALC792 and ALC892 chipsets may or may not work properly, which would necessitate using Bluetooth speakers.

Older Intel Atom motherboards use PCIe, mSATA, or mini-PCIe ports for slotting in Wi-Fi cards. Laptops also include these cards, although sometimes changing them can be a huge hassle. Like many upgradeable computer parts, mini-PCIe wireless cards can have compatibility problems when used with Linux or Android (which is based on Linux).

I recommend trying to use whatever device you have on hand and—if that doesn’t work—buying a model with proven Linux support as an upgrade. If you’re building from scratch, you will want to buy an Intel wireless card. For its mainstream mini-PCIe cards, Bluetooth compatibility comes standard.

Of the models that I’ve tested, the best include Intel’s budget line of 802.11ac card. While the Intel 7260 series of Wi-Fi cards works perfectly in Phoenix OS, I recommend the Intel 3160 for its combination of rock-bottom pricing and decent performance.

The Intel 3160 is a 1×1 (two antennas, each capable of handling transmission and reception) version of the Intel 7260. It’s produced for budget laptops and, for the most part, works across almost all distributions of Linux. In my experience, it’s perfect for Android. Note, though, that the Intel 7260 works just as well with better performance. Both are very good options.

I’ve compared it to other wireless cards and to be honest, you won’t see much of a performance difference between a dual-band N card and the 3160. What you will notice, though, is that the 3160 works without any issues, including Bluetooth. Just make sure you have two SMA plugs and antennas. Otherwise, you may suffer from connectivity issues, particularly for Bluetooth.

The other parts don’t matter as far as operability and driver compatibility go. For the most part, I would recommend going with the smallest and cheapest components. The smaller and less power intensive your build, the more roles it can function in, such as carputer or set-top-box.

First, most budget motherboards with embedded processors do not include onboard Wi-Fi or Bluetooth. That necessitates drilling holes into the I/O shield in order to support the Wi-Fi plugs. Second, both Wi-Fi/Bluetooth combination cards require two separate antennae. A single antenna may experience wireless connectivity issues. At the very least, it will reduce connection distance and coherency.

There are just a few cases that I would recommend for an Android build, and they aren’t exactly amazing. They are generally good enough to support some uses.

The least important component for an Android PC is the RAM. Some motherboards use a feature known as dual-channel RAM for better GPU performance. Unfortunately, almost all embedded motherboards do not support dual-channel memory.

So you can oftentimes get away with using just one stick of RAM. Either 2GB or 4GB works fine and the speed of the RAM largely doesn’t matter. At least, most users won’t notice a performance difference between fast and slow RAM.

The one thing to watch out (aside from RAM generation, like DDR3) for is Small Outline DIMM (SO-DIMM) versus dual in-line memory module (DIMM). Some smaller motherboards, like Mini-ITX, use SO-DIMM laptop RAM. Double check to see if your motherboard supports it.

Android is designed for solid state storage (what’s an SSD?) and doesn’t take up much space on a storage drive when installed. On top of that, Android apps are generally pretty tiny.

Unless you’re creating an Android gaming computer, a 16GB SSD is more than enough for most users. However, if you already have a hard disc drive (HDD), feel free to use one. Just don’t expect snappy performance.

If you’re looking for a bargain-basement-priced drive, Adata’s SP600 64GB drive currently clocks in as an affordable entry-level SSD.

I prefer using the cheapest possible power supply unit (PSU): a picoPSU. A picoPSU leverages a combination of low power consumption, efficiency, and low cost. If your build consumes 20W of power or less while active, you can use the cheapest class of picoPSU, which costs around $ 40 for both the adapter and the supply.

I recommend pairing an 80-watt picoPSU with a 60-watt adapter.

If you do build an Android-specific computer, I recommend using the cheapest possible parts. Use as many used and pulled components as possible in order to reduce build costs. On top of that, keep in mind that you should always update the firmware (BIOS) of the motherboard. A lot of motherboards do not work with Linux until they receive the latest firmware update.

This build costs very little. However, you may want to buy a USB dongle for wireless connectivity because the M350 case has a special cage for it. If you do buy a dongle, you won’t need the Intel 7260 card or the SMA plug + antenna.

An even cheaper build uses an SBC. Some SBC boards already include RAM, storage, and wireless. The overall price is well below that of an Android computer.

What Parts Should You Use for an Android PC?

Some possible build roles include carputer, Point of Sale head unit, emulator machine, and a high-end HTPC. These aren’t expensive computers. Use the cheapest possible parts you can find.

Try using parts you already own or can pull from working machines. If they don’t work, then consider buying parts with a reputation for functioning in your preferred version of Android. If you do not have parts already on hand, you are mostly better off with an SBC build.

Before actually building an Android computer, I highly recommend reading about how to save on buying PC parts. 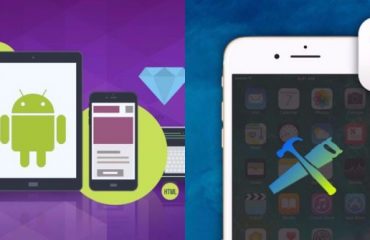 Make Your First Mobile App With These Discounted Course Bundles 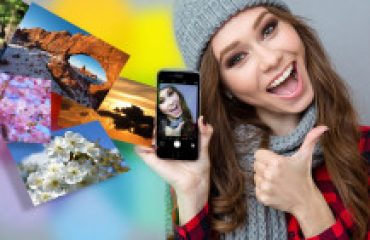 Did You Know the iPhone’s Basic Photo App Can Do This? 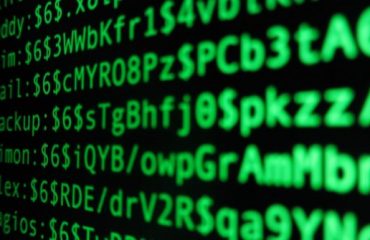 The 7 Most Common Tactics Used To Hack Passwords