There are many restrictions on internet use in China. Most major sites are blocked there, such as Facebook, Wikipedia, and Google Maps. One common question is whether Instagram is blocked in China, and if so, how people can bypass this block to access the site?

Instagram is one of the most popular social media sites on the internet, but the site has been completely blocked in China since 2014. At first, Chinese authorities occasionally blocked it. But now it is completely blocked and can’t be accessed from a regular internet connection from anywhere in China.

Following pro-democracy protests in Hong Kong in 2014, the Chinese government blocked the website. Protesters shared photos and updates on Instagram, and authorities wanted to restrict access to sensitive information. So it took the extreme step of blocking the website completely.

Since then, it has not been possible to access Instagram in China using a regular internet connection.

The easiest way to access Instagram in China is to use a VPN. A VPN is installed software which unblocks restricted websites.

Here’s how it works: The software encrypts all the data that your device sends over the internet. Instead of data flowing directly from your device to a website via your ISP, the VPN introduces an extra step. After it leaves your home network, your data is routed to a server run by your VPN provider.

At the VPN server, the data is decrypted. It is then sent on to its original destination, such as the website you wanted to visit. The website then responds as normal, sending data back to your device.

For example, if you’re in China and you want to access Instagram, you could use a VPN to connect to a server in a country with more permissive internet laws, such as Sweden. Then all your data would be routed via Sweden. You’d be able to access Instagram or other sites blocked in China, and at the same time you’d be improving your internet security.

Are VPNs Legal in China?

This explains why VPNs are popular in China. They allow people to access sites that would otherwise be blocked, and also help them evade surveillance.

However, VPNs are mostly blocked in China. VPNs may be leased from the government for business purposes, but using a VPN to unblock a website is illegal.

Many people in China choose to use a VPN anyway, because they feel that the advantages of accessing a more open internet outweigh the possible consequences of breaking the law. You should be aware though that if you are caught using a VPN, you could be fined ¥15,000 CNY (approximately $ 2,000 USD).

What Are the Drawbacks of Using a VPN?

In addition to the legal issues, there are some drawbacks to consider when using a VPN. The biggest issue is that many VPN companies are owned in whole or in part by Chinese companies. An investigation by Top10VPN in 2018 showed that half of the top free VPN apps were part-owned or fully-based in China, and the situation with paid VPNs isn’t much better.

The problem with this is that if VPNs are owned by Chinese companies, then they are subject to Chinese surveillance laws. The VPN providers could be forced to turn over data about their customers to the Chinese government. So these VPNs aren’t trustworthy for users in China.

To avoid issues with untrustworthy VPNs, we recommend using a VPN provided by a company based outside of China. That way, the company is subject to the local laws where it is based, not the laws in China, and is much less likely to be pressured by the Chinese government.

Are There Any VPN Alternatives?

A VPN isn’t the only way to access blocked sites like Instagram from China. You can also use a tool called a proxy, which hides your IP address and makes it look as if you are in a different location from your real location.

A proxy is kind of like a VPN, but not exactly. A proxy will allow you to access blocked sites from China; however, unlike a VPN, a proxy will not encrypt your data. This means that your internet traffic will be visible to your ISP and to anyone else snooping on you.

We also recommend people use a private search engine when searching for information online, as search engine data is another way that you can be tracked.

Instagram is blocked in China, but you can still access the site by using a VPN. However, be aware that in most cases using a VPN in China is illegal. So you should take additional steps to protect yourself such as using a browser proxy in addition to your VPN, and using a private search engine to make it harder for the government to track your online activities.

Because of the potential for harm, we do not officially recommend using a VPN in China. In fact, many providers are secretly headquartered in China, meaning that they are subject to Chinese law. In short, they do keep logs and are required to report back the activities of their users to their host government.

Read the full article: Is Instagram Blocked in China?

The 15 Best Shows on Amazon Prime You Need to Watch 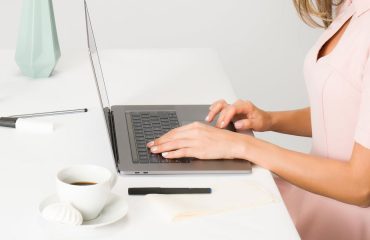 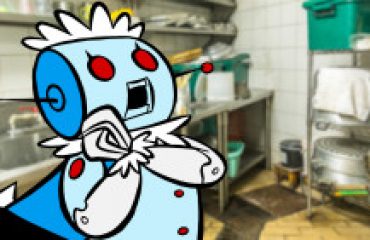 These Robots Will Help You Clean and Wash Your House