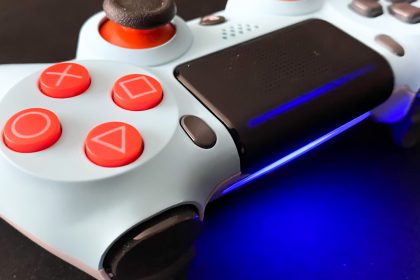 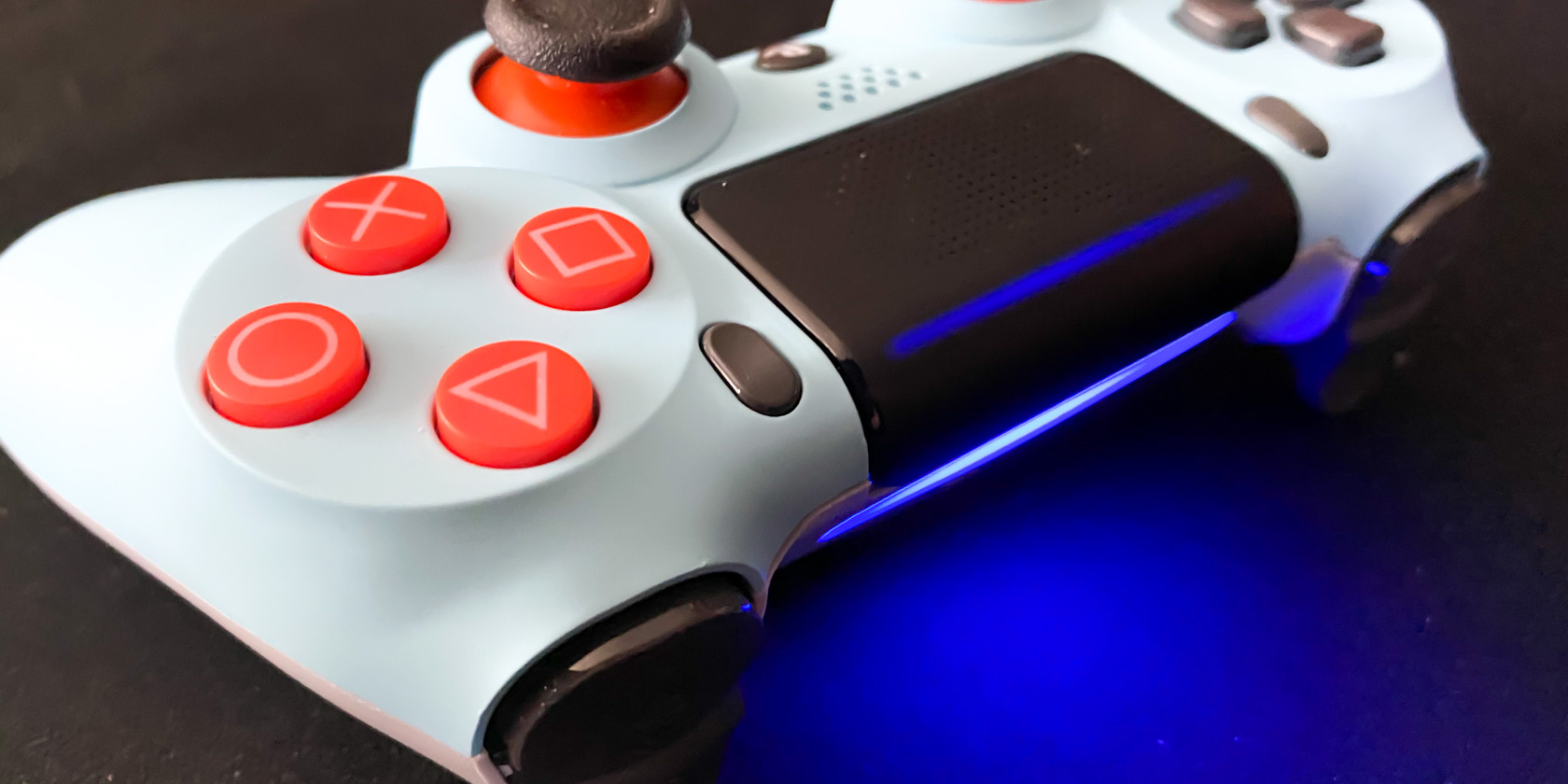 Our verdict of the Mega Modz PS4 Macro Remap Controller:
It doesn’t quite do as much as an Xbox Elite controller, but if you’re looking to customize your PlayStation 4 gaming experience, this controller from Mega Modz is one of your best options.810

Earlier this year, Sony released the DualShock 4 Back Button attachment. As the name implies, this lets you add two remappable buttons to the back of the PlayStation 4’s DualShock 4 controller. This can be handy, but it’s a little cumbersome when compared to something like the Xbox Elite Wireless Controller.

Could it be though? That’s the question that Mega Modz seems to be answering with its new modded PlayStation 4 controllers. These take the idea of what you could do with Sony’s back button attachment and run with it, adding a whole lot of style in the process.

What’s in the Box?

Mega Modz doesn’t make these controllers in the same way a third-party controller manufacturer would. Instead, it takes Sony’s official DualShock 4 controllers, makes various modifications to them, then resells them. Because of that, the box these come in is exactly the same as an official PlayStation 4 controller.

The only thing you’ll find when you open the box is the controller itself. You might not even find a manual, though one is included. In my case, the PS4 Macro Remap Controller Operational Guide was included but wouldn’t fit in the box as it’s rather large. The size of the manual is a neccessity, as we’ll see later. Before we dive into actually using the Mega Modz modded PlayStation 4 controller, we’ll take a quick look at the basic specs and some of its various features.

That doesn’t necessarily look like a lot on paper, but once you start putting the controller to work, the benefits become quite clear. Before we get to that, let’s look at the care that Mega Modz puts into these controllers.

Third-party controllers aren’t known for being the nicest to hold or look at, which is one of the reasons it’s nice that this isn’t a third-party controller. Everything you’ve come to known and love about Sony’s iconic controller shape is here, only with a snazzier finish and some extra functionality. If you hate the DualShock 4, you won’t like this either.

One of the most surprising aspects of the Mega Modz PS4 Macro Remap Controller is how little it feels like a modded controller. The added buttons both look and feel like something added at the factory. Even the plastic and the embossed K2 and K4 markings on the buttons look exactly the same as they do on the L2 and R2 buttons, which can’t have been easy.

Given that this is coming from a company, not a random Etsy seller, I knew to expect a certain amount of fit and finish, but I was still surprised at how nicely this was done. The new holes for the Macro button and the four status LEDs look like they’ve always been there. If it weren’t for the somewhat wild colors, I’d easily believe this was some sort of Sony prototype.

Companies like Sony, Nintendo, and Microsoft spend a lot of time developing their controllers. I can’t speak from experience, but I imagine something like adding new buttons requires several signatures on several different pieces of paper, not to mention hours upon hours of testing.

With that in mind, the location of the extra buttons on this controller works surprisingly well. I can’t imagine where else they would go. In my case, the L4 and R4 buttons fall right below where either my middle fingers or ring fingers would go on the back of the controller, depending on how many fingers I have on the shoulder buttons.

The action of pressing the buttons feels nice too, with enough resistance that you don’t end up accidentally pressing them. That said, they don’t feel like they require too much pressure to press down either. I can’t speak for how well they hold up as I’ve only had a few weeks with the controller, but they still feel as good as they did the day I took the controller out of the box.

Otherwise, everything else is exactly as you would expect from a Dual Shock 4. As I mentioned before, if you don’t like Sony’s standard controller, you’re not going to like this one either. That said, there is a reason Sony has left this design largely the same since the first DualShock controller debuted for the original PlayStation.

Getting Up and Running

Unlike some other modded and macro controllers, programming the Mega Modz controller doesn’t require plugging it into a computer. Everything is done using the Macro button combined with other buttons on the controller.

At the simplest level, assigning one of the rear paddle buttons is quite easy. Simply make sure the controller is turned on, hold down the Macro button plus whichever of the R4 and L4 buttons you wish to assign for two seconds, then tap the button you want to map to the macro button. That’s it, but effectively moving a button to a different spot on the controller can make a huge difference. For example, many first-person shooters have alternate control options that put melee attacks or jumping on the shoulder buttons for more movement options. In this case, you wouldn’t need to swap control options in-game, just set it up on the controller.

For me, one of the most useful aspects of this basic remap feature was to move the R3 and L3 buttons from the thumbsticks to the extra buttons. Games often map running or other actions to these, and I happen to hate how they feel to press. Moving the “run” button to the L4 button made a few games much more enjoyable to play.

Getting More Out of the Custom Buttons

Moving a button to another location on the controller is just the beginning of what you can do with the Mega Modz Macro Remap controllers. These also let you simulate multiple button presses by holding down a button, great for firing semi-automatic weapons more like their automatic counterparts in shooters. You can also tap a button to simulate holding it down, which can be handy for hand-cramping control combinations.

Using different sub-modes, you can further customize how this works. Sub-mode 1 is simple remap mode, perfect for rebinding the thumbstick buttons as I mentioned before. Sub-mode 2 functions as a turbo mode, letting you hold down a button to simulate rapidly pressing another button. For this mode, you can adjust the timing to get it just right.

You control these by entering programming mode with a combination of the Macro button and the Home button, then adjusting timing with the shoulder buttons. It takes a little getting used to, and there is some trial and error involved, but after a short while you’ll find programming the controller to be quite easy.

What Can’t the Mega Modz PS4 Remap Controller Do?

One thing you can’t do is program multi-button macros to a single remappable button. This means you can’t take a complex string of inputs for a fighting game, create a macro, then automatically pull off complex moves with a single button press every time you feel like it. If you require that functionality there are other controllers than can handle that, but that doesn’t seem to be a focus for Mega Modz. You might wonder if the extra macro functionality is cheating, or if Sony is going to ban you for using it. While I can’t promise anything, Sony offers much of this same functionality with its add-on, and I’m there are plenty of third-party controllers with turbo modes for buttons. As far as Sony is concerned, this is probably on the same level as upgrading the storage capacity of your PlayStation 4, which the company allows.

Are the Extras Worth the Price?

I found a certain subset of the functionality this controller offers to be very useful. I find it so useful in fact that I’d definitely consider buying one, and that’s just because I really dislike clicking the thumbsticks. These mods do plenty more, and it’s likely that you would find your own “killer app” for this controller. In that case, this is definitely worth the price.

Considering the price of a standalone DualShock 4 plus Sony’s Back Button attachment, the Mega Modz take on that controller is reasonably priced. Add in all the style and personalization options available, and it’s certainly an attractive option. Put it up against an Xbox Elite controller and it doesn’t look quite as good, but it’s a solid alternative for PlayStation gamers.

If this isn’t your cup of tea but you need to replace that aging DualShock 4, take a look at our list of our favorite PlayStation 4 controllers. 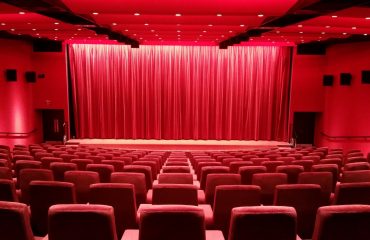 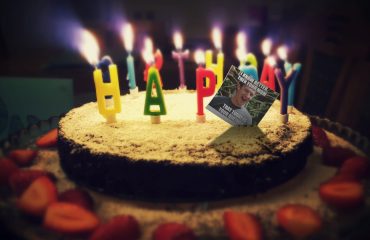 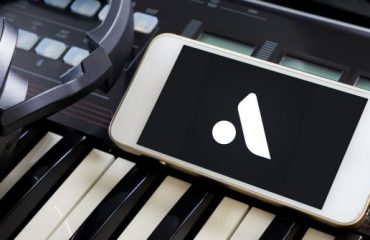 Move Over GarageBand: Making Music With Auxy for iPhone and iPad