Siri’s default female voice might be iconic, but it will also soon no longer be the default English language voice for Apple’s AI speech assistant. As reported by TechCrunch, Apple is changing things up in the latest beta version of iOS—requiring that users pick a voice for Siri, rather than giving them one as standard.

Apple is also adding two additional voices to Siri’s English language options. This is to increase the diversity of offerings for Siri, providing users with a greater choice of AI voices to match a variety of speech patterns and sounds.

Apple’s Commitment to Diversity and Inclusion

In a statement, Apple said:

“We’re excited to introduce two new Siri voices for English speakers and the option for Siri users to select the voice they want when they set up their device. This is a continuation of Apple’s long-standing commitment to diversity and inclusion, and products and services that are designed to better reflect the diversity of the world we live in.”

Both the new voices are created with Apple’s Neural text-to-speech (Neural TTS) engine. Apple debuted this in 2019 as part of iOS 13. The technology allows Siri to sound more natural, and does a better job at delivering long sentences, and words. The new beta also updates the Siri voices in Ireland, Russia, and Italy to Neural TTS.

As Apple notes in its statement, the idea of asking users to pick their own Siri voice is all about diversity and inclusion. The question of why the majority of voice assistants have been coded female in the past has long been a subject of discussion. Apple has offered different voices for Siri for years, but these required users to actively change them.

This new feature means that users will have to actively select the Siri voice they want as part of their device setup when upgrading to the new software version or setting up a new device.

The new Siri voice options appear in iOS 14.5 beta 6, which was released to developers on Wednesday, March 31. This is seemingly the only major new update that appears on the new beta. However, iOS 14.5 overall adds a number of new features—including the ability to let users unlock their iPhone with Apple Watch, a tweak to make zero-click iPhone attacks tougher, new emoji, and more.

Apple started testing iOS 14.5 back in February. While there’s no final public release date confirmed, there’s a good chance that it will be sometime in April. 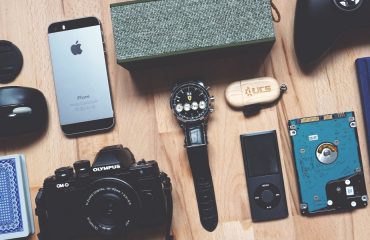 How to Design a Simple Logo in Photoshop