At one time, projectors were somewhat of a luxury item. Now, though, you can pick up some great projectors at very reasonable prices. For example, the Vankyo V600 (our review) is a shining example—and when you add portability, we enter a whole new ballgame.

We’ve already mentioned the Vankyo V600, but the Vankyo Leisure 470 is better for portability. While it may not have the aesthetic qualities of some of its peers, this little lightbox proves that looks don’t matter. It packs so much under its hood and at such a wallet-pleasing price. This makes it a fantastic option for first-time buyers who want a portable projector with a bit of bite.

Image size is excellent, with a maximum of 250″ and a minimum of 39″; great for a device that measures only 6.6 x 3.3 x 8.7 in and weighs 2.1lbs. We’re unsure what you would actually ever need an image that size for, but it is mighty impressive nonetheless. The point is, it can cope with projecting an image that will cover most surfaces. At least that you would ever be likely to use it for. Don’t forget, this is a small, portable projector.

With a native image resolution of 720p, you’ll also get a picture that is good enough to enjoy films and games. 1080p is supported, albeit scaled down to a 720p image.

You can synchronize the projector with your smartphone, via Wi-Fi. This is great if you want to stream movies from your phone at home, for example. You also receive a lead to enable a wired connection, allowing streaming when Wi-Fi isn’t available.

Anker does it again as its Nebula brand delivers the Capsule II portable projector. Building on the popularity of the original Capsule, Nebula has added some nice touches to make this a standout portable.

Similar in form to the first incarnation, the Capsule II is not much larger than a can of coke. It only weighs in at 1.6 lbs and is 5.9″ tall x 3.14″ diameter (there’s a Pi joke in there, somewhere, we’re sure). It really is nice and portable!

As with the Vankyo, above, the Nebula Capsule II is capable of a native 720p. It will provide a crisp image that is perfect for most casual media consumption. Again, this is portable so we can’t be expecting 4K. The image size is 100″ at the top end and 20″ at the bottom.

The Capsule II projector also features a 270-degree speaker; ideal for positioning behind you when watching a film. At 8W, it is powerful enough to make itself heard.

The real winning feature, though, is the operating system. The Nebula Capsule ships boasting Android TV, which means you have access to thousands of music, TV, and movie apps via the Google Play store.

The Kodak Ultra Mini is the first Pico projector in our round-up. With a low price point, compared to other pico projectors packing a similar native resolution, this is a bargain and—again—great for beginners.

If you want to talk portable to us, check this; the Ultra Mini is only 3.1 x 3.1 x 0.79 in. and a featherlight 5.29 ounces. This is ridiculously small considering the output. Carrying the projector around with you won’t be a problem at all. You can just slip it in a laptop backpack.

That small size is what makes the Ultra Mini so cool. You can literally take it anywhere. It would be great for traveling with, especially if you want to stream movies in a hotel instead of watching hotel TV. However, it would also be perfect to take the small distance to a friend’s apartment.

Bear in mind that the image brightness is only 25 ANSI lumen, so it won’t perform well in bright conditions. Even if you don’t take it anywhere, though, this tiny projector would make a great bedroom player, in the dark. The integrated speaker means you can play sound without disturbing others with TV-level volumes, too. With 2.5 hours of battery playback that is easy enough for a bedtime movie.

A powerful palm-sized projector, this short-throw light-box is a great pick for upgrading your portable setup. At 8.8 x 7.5 x 5.6 inches and 3.25 lbs it isn’t the smallest, or lightest, on the market. It does offer a true HD picture, though, with a 720p image cast against the projection surface.

The great thing about this projector is the throw distance. It is “short-throw”, meaning that you can place it close to the projection surface and still get a large image. With the Zenbeam, you can get a screen size of 40″ at a very respectable 1m projection.

One feature we really like about the Zenbeam is the ability to use it as a power bank, in a pinch. If you can’t live without your phone, then this is a handy back-up if you are already carrying the projector somewhere. That way you can charge your smart-device now and recharge the projector at your destination.

The BenQ GV1 is a quirky little portable projector. The base essentially acts as a pivotable tripod, allowing a relatively short throw distance of 1m. This yields a not-too-shabby 35″ image—perfect for replacing the TV in a bedroom that doesn’t have a great deal of space. The maximum image is 100″, though, so you can get much bigger if you need to.

The GV1 also features a 5W speaker, which is ideal for casual use around the house or for outdoor night viewing. You can take up to 3.5 hours of viewing time out of the on-board battery in a full charge. This makes it great for watching a couple of movies in quick succession. You do have the option to charge in use, too.

You can connect a smart device or laptop to the BenQ GV1 via the USB-C cable. It also comes with a USB-HDMI adaptor, enabling playback from HDMI capable devices, too. While it may seem a little on the expensive side, this is a lovely, simple projector with a modest image output.

The plug-and-play nature of the GV1 makes it an excellent entry model.

The Best Portable Projectors for You

Hopefully, our portable projector guide has helped you make a decision. If you’re on the lookout for something that will make movies and games look great, check out the best gaming projectors.

Read the full article: The 5 Best Portable Projectors to Take With You Anywhere 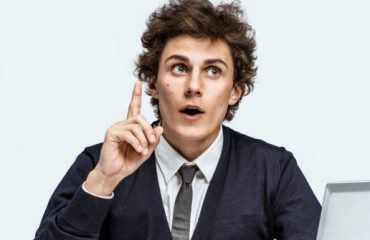 Every Windows User Needs to Know This Forgotten but Useful Trick 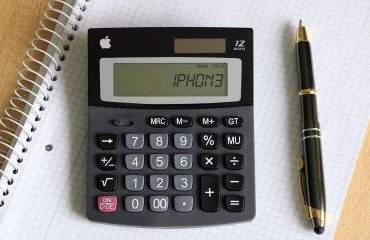 The Top 7 Calculator Apps for iPhone, iPad, and Apple Watch 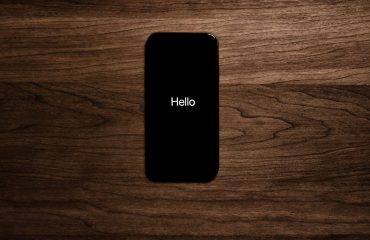