The 7 Best Joysticks for Flight Simulators

The 7 Best Joysticks for Flight Simulators

Whether you’re a hardcore aviation fan, an aspiring pilot, or simply want to be immersed in your virtual cockpit, flight joysticks are must-have peripherals. These devices let you control your in-game aircraft in almost the same way pilots do.

There are several options available, from entry-level controllers to high-end official replicas modeled from actual attack jets and everything in between. You can even get an officially licensed joystick from Airbus or the US Air Force.

So, if you want to fly at your desk, here are some of the best flight sticks you can pick.

If you want to fly an A-10 Warthog but aren’t an Air Force pilot, this is the next best thing. The Thrustmaster HOTAS Warthog is an officially licensed controller from the US Air Force and accurately portrays the feel and look of the ground attack jet.

It’s solidly built, with both the throttle and stick weighing it at over 13 pounds. Their bases also have mounting points, allowing you to secure them on your desk or gaming setup.

The stick, however, does not rotate, so you either have to use the slider on the throttle or purchase rudder pedals separately for yaw control. Despite that, it’s an excellent choice for serious flight simmers out there.

Aircraft are primarily controlled through the flight stick, pedals, and throttle. That’s why, if you want to have realistic flight controls, a rudder pedal peripheral is crucial in your sim setup.

As a result, this package is an excellent choice if you want to have a complete experience but don’t want to purchase each controller separately. Although this controller doesn’t have as many buttons as other top-of-the-line options, the 30 buttons on both the stick and rudder controls are more than enough for most applications.

Thrustmaster used Hall Effect AccuRate Technology (H.E.A.R.T.) on the stick and Sliding Motion Advanced Rail Track (S.M.A.R.T.) on both throttle and pedals for better accuracy and precision. These technologies ensure you will have a smooth experience with these controllers.

For players who are new to flight sims and don’t want to splurge on expensive controllers, the Logitech G Extreme 3D Pro Joystick is an excellent starting point.

Although it doesn’t have the advanced features of more expensive models, like a detachable or stand-alone throttle and more than 20 programmable buttons, this controller provides all the basic controls.

The stick itself has an eight-way hat control for changing POVs. Plus, the four buttons at the top are enough for trim and flaps settings. It has a thumb button and a trigger for combat-focused games. It also includes six programmable buttons at the base.

The throttle is a little lever at the base. And although it’s not what you would expect for an aircraft throttle, it’s good enough for the price this joystick is offered.

Overall, if you’re starting with flight sims or just a casual gamer who doesn’t want to splurge on expensive gear, this is perfect for you.

For those who want a controller compatible with various games, aircraft, and environments, the Logitech G X56 H.O.T.A.S. is an excellent choice. Its plethora of customizable controls allows you to have almost all possible buttons and settings at your fingertips.

The throttle even has six degrees of freedom—pitch, roll, yaw, forward & back, left & right, and up & down. This lets you use it beyond the boundaries of the earth, making it perfect for space-based games.

If you’re into VR flying, the control layout allows you to use it instinctively without locating the buttons visually. All these features, plus its controllable RGB lighting, make it one of the best joysticks you can get.

The Thrustmaster TCA Officer Pack Airbus Edition offers users with experience of flying civilian airliners. It’s closely modeled after the sidestick and throttle of the Airbus A320 and even comes with Engine Start switches for both Engines 1 and 2.

The included sidestick is fully customizable. You can add or remove button modules as needed. You can even swap them around for both left- and right-handed use.

The throttle quadrant also includes detents and a functional reverse mechanism, making it operate like the actual controls aboard an A320.
You could connect two throttle quadrants if you want to fly four-engined behemoths like the Airbus A340 or the A380.

They also offer additional modules for speed brakes, flaps, landing gear, and more controls for ultimate realism. These are sold separately, though.

Whether you go for the additional accessories or stick to what’s in the box, the Thrustmaster TCA Officer Pack Airbus Edition is a good joystick for flying airliners.

The Thrustmaster T.Flight Hotas One is an excellent entry/mid-level flight controller with a detachable throttle module. This allows you to place it on your desk or gaming setup in a way that suits you.

Furthermore, this flight stick is compatible with both PC and Xbox. So if you have a Windows device and an Xbox One, you can use this controller on both. It’s also compatible with the newer Xbox Series S/X, so you don’t have to worry about upgrading.

The controller has an available attachment port for Thrustmaster’s T.Flight Rudder Pedals. Consequently, you don’t need to replace your controller if you want to upgrade your system.

It doesn’t have the vast number of programmable buttons of more expensive options, nor the realistic feel of replica controllers. But it will let you fly at your desk comfortably without breaking the bank.

Most general aviation aircraft utilize a yoke and throttle for controls. That’s why the Logitech G Professional Flight Yoke System is an excellent flight controller. It’s perfect for those who want to recreate the feel of flying small aircraft accurately.

This yoke and throttle quadrant securely mount on desks. It also has 75 programmable controls to let you customize each function based on the aircraft you’re flying.

Note that this doesn’t have a Z-axis controller—you have to set one of the buttons on the yoke for yaw control. Alternatively, you can purchase rudder pedals to improve your experience.

If you plan to fly multi-engine aircraft, you can install an additional throttle quadrant for engine control. You can also add optional instrument panels and controllers. This would turn your yoke and throttle system into a complete simulated cockpit.

As a result, this is a perfect option for serious flight simmers who want to get the most realistic experience possible.

Q: Why Are Joysticks So Expensive?

Flight sticks are also pricier compared to other peripherals because of their niche application. These devices utilize technologies such as Hall Effect Sensors for accurate and precise inputs.

Some brands also license aircraft manufacturers and owners, such as Airbus and the US Air Force, which adds to their costs.

Q: What Does HOTAS Stand For?

HOTAS, or Hands On Throttle And Stick, is the innovation of buttons, controls, and other interfaces on an aircraft’s control stick and throttle. This allows pilots to access functions and settings without letting go of the controls.

The tech first appeared in military aircraft in the 1950s before eventually being adopted by the commercial aviation industry. The HOTAS feature allows pilots to focus on operating the plane instead of looking for buttons, especially during high-stress situations.

Q: Are Flight Joysticks Worth It?

Yes, flight joysticks are crucial to maximizing the enjoyment of flight simulators.

Although you could operate a flight sim with your keyboard and mouse, it isn’t easy to recreate the subtle control movements aircraft require on these devices. And if you include combat, it could be downright impossible to have fun.

Furthermore, flying aircraft require constant power input and control changes along three axes—pitch, roll, and yaw (unless you’re on autopilot). It could be challenging to achieve this with a mouse and keyboard.

If you don’t intend to fly on your sim a lot, an entry-level flight joystick will suffice. But if you’re looking for realism and want to maximize the features of your flight sim, consider investing in a top-of-the-line model. 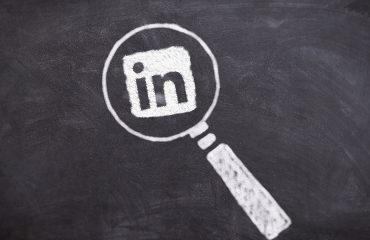 How to See Who Has Viewed Your LinkedIn Profile 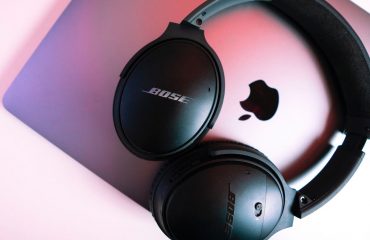 5 Ways to Use Technology to Protect Your Hearing 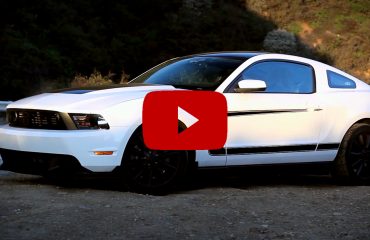