The Basic Parts of a Computer and How to Upgrade Them

The Basic Parts of a Computer and How to Upgrade Them 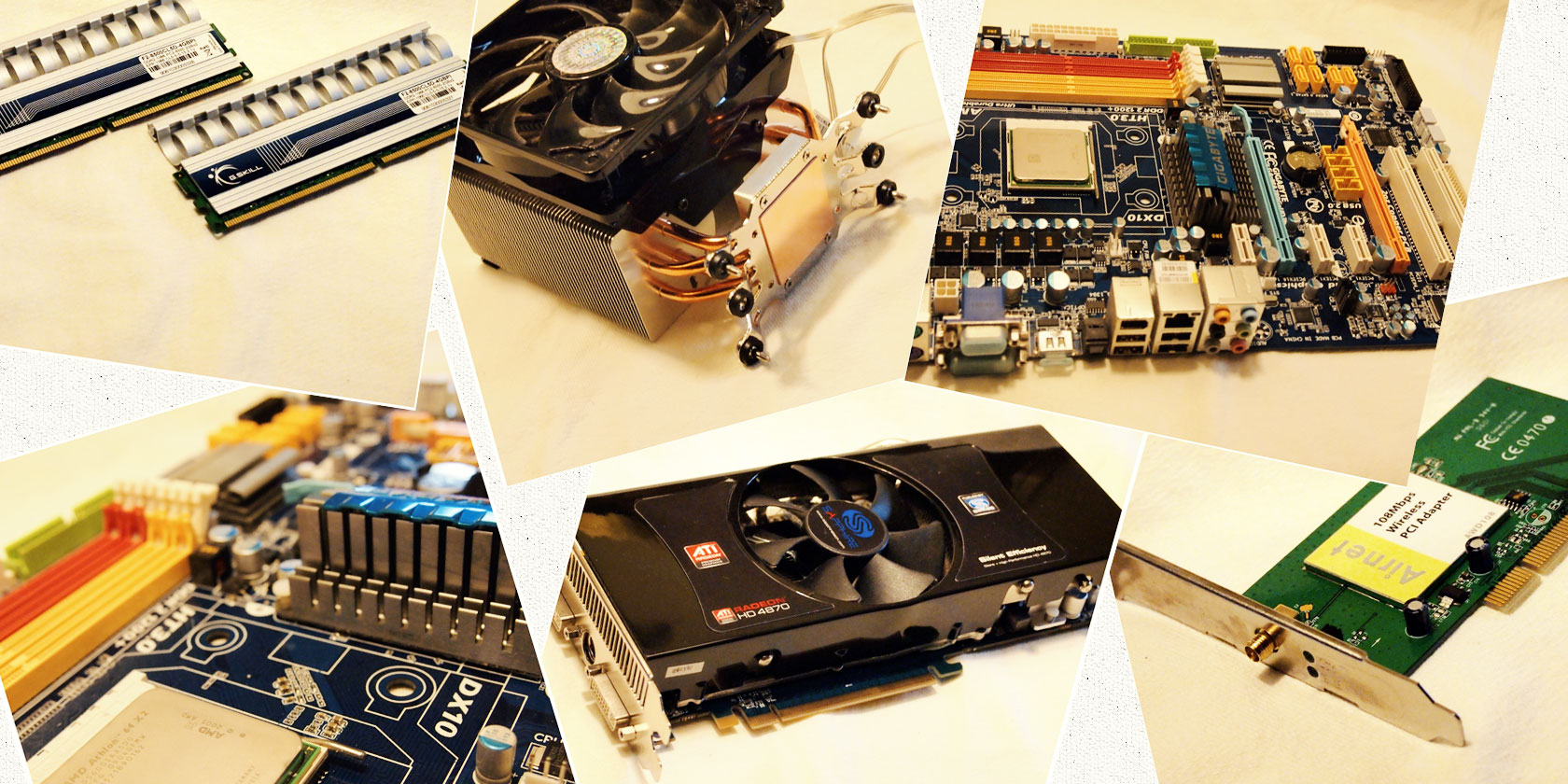 You know how to use a computer, but how familiar are you with what’s inside?

As complicated as the inner workings of computers may seem, they’re only made up of a few key pieces. But what are they? What are the different parts of a PC?

We’re going to show you how to identify your computer’s parts by name.

What Are the Basic Parts of a Computer?

A PC consists of several discrete components that are designed to work together. With a desktop computer, these components can be relatively easily replaced—less so on a laptop. This is due to the dimensions of portable computers, their power and cooling requirements, and a lack of standardization.

Fortunately, this isn’t a problem with desktop PCs. Designed to last longer, desktop computers can be customized and upgraded by replacing any or all components.

But what are these components called? Most computers ship with seven different parts:

These parts are not necessary in most cases as the motherboard can replicate their purpose. However, discrete, dedicated cards offer improved processing and performance.

Understanding the Parts of a PC

Below we’re going to look at each of these parts in more detail and where they’re situated. You’ll also get an idea about how to upgrade them. This will give you the information you need to replace the parts yourself.

Note that we’re only looking at the basics of computer parts. This is not as a comprehensive description of your PC’s interior. When buying new parts, you need to be aware of component compatibility. Our guide to buying PC parts with PC Part Picker will explain this further.

IMPORTANT: Before opening your PC and handling any PC parts, power the computer down and unplug it from the mains. You should also learn about anti-static precautions to safeguard your equipment. Your motherboard (also known as the mainboard) is where all the components plug into.

It has slots for the CPU, RAM, storage devices, and video and sound cards. If you are a beginner, we wouldn’t advise you to upgrade your motherboard yourself. It requires full compatibility with not just the other components, but also the PC case.

However, the other components covered here require you to unplug things from the motherboard. RAM is temporary (or short-term) memory and concerned with overall system performance and speed. RAM modules are of long sticks that plug directly into your motherboard. The computer’s guidebook or motherboard manual will tell you how much the maximum amount of RAM supported by your system.

Upgrading RAM depends on how many slots you have and the maximum size each slot supports. Some computers require that you have the same amount of RAM in each slot. Check the PC’s manual to confirm this.

Swapping RAM is straightforward: unclip the catches at either (sometimes one) end of the slots, and pull the RAM out. Thanks to a notch, replacement modules will only fit one way. Line the new module up with the notch, and press firmly into the slot until the catches lock it in place. Check they’re secure and you’re done. If a computer was a human, the CPU would be the brain. It is the single most important part of a computer. The CPU processes data, calculations, and controls most of the other components.

CPUs sit on the motherboard in a dedicated socket. It is important to know that these sockets are often specific to particular generations of CPU. They’re also specific to CPU manufacturers (AMD or Intel).

Once secured on the motherboard, a CPU is cooled with a cooling unit, usually a heatsink and fan. However, other PC cooling solutions are available.

Like the motherboard, it is unwise to upgrade your CPU yourself if you are a beginner. In most cases, upgrading your CPU will require a new motherboard, along with a heat sink and perhaps other components.

Find out more in our guide to how a CPU works. Providing power to the PC is the PSU, usually found at the back of the PC case. A look at the back of your computer will show you where the power cable is attached. There is usually an on-off switch on this, in addition to the power switch on the front of the computer.

PSUs power the motherboard and CPU via dedicated cables. SATA power cables power everything else in the computer. PSUs are rated by the amount of power they supply (e.g. 600 watts).

It is important that your computer is powered properly. If it isn’t, components will not work correctly, and the system will soon fail.

To upgrade your PSU, first research the specifications of the video card and CPU. You also want to make sure you get the proper connectors for your system. The PSU can be replaced by first disconnecting all internal cables. Follow this by removing the screws that secure it to the PC case. Data is retained on your PC in a storage device. For decades a hard disk drive (HDD) has served this purpose, but PCs increasingly rely on other devices. These are usually Solid State Storage (SSD) devices, compact 2.5-inch devices that look just like HDDs.

HDDs and SSDs are found at the front of the PC’s case and connected to the motherboard via SATA cables. Drives required two cables: one for power, one for data. Older disk drives rely on wider ribbon cables, known as PATA, with an IDE connector for data. They’re powered by Molex plugs.

If a HDD or SSD dies or you plan to upgrade to a larger capacity storage device, they can be easily swapped out. Just make the necessary backup precautions, before you unplug the device and remove the securing screws/clips. The SSD or HDD can then be replaced.

Increasingly uncommon on laptop computers, desktops still seem to ship with an optical drive. This is known as removable storage, typically a DVD-ROM or Blu-ray drive, with read and write capabilities.

Upgrading an optical drive is simple. Unplug the cables, unscrew, or unlock the drive from its housing, the push it out the front of the case.

A USB stick or SD card, both based on flash RAM, are also removable storage. PCs frequently ship with a card reader and USB ports on the front. Replacing a card reader is simple—again by unplugging and pushing through from the back to pull it out. An oft-overlooked PC part is the cooling fan. At least two are required: one for the CPU, and another for the case.

The purpose of the CPU fan is to keep the CPU cool. Because it gets hot inside a computer, motherboard fans draw cool air in; additional fans draw the heated air out.

In most cases there should be a fan on the back of the case, another on the side or the front. Many cases come with fans built in, but these are usually low grade. Superior fans can be installed, designed to replace or complement the existing cooling solution.

Cooling fans are usually powered by a cable from the PSU and are secured to the case with screws. Many fans ship with built-in LEDs to pimp your PC case. Also known as a video card, the graphics card or GPU (Graphic Processing Unit) links your computer to a display. While older PCs employed a VGA port, current computers use HDMI to connect to HD displays.

In most cases the video out port is connected to an integrated graphics card on the motherboard. However, this isn’t always the case.

Graphics cards are prone to compatibility issues such as size specifications, slot placement, motherboard type, processor speed, and power intake. However, upgrading is as simple as removing the securing screw and clip, unplugging the GPU and slotting the replacement in its place. On the back of your PC you will typically find three to five small circular ports. These are usually colored. In some cases, you might also find them on the front of your PC.

These are the audio ports, connected to your computer’s sound card. Like the video card, a sound card is usually integrated into the motherboard. However, for specialist use such as gaming and audio development or recording purposes, a dedicated sound card might be used.

Sound cards offer various audio improvements, such as advanced audio processing and Dolby 7.1 surround sound. Like the GPU, the sound card slots into a PCIe slot on the motherboard (a different slot to the GPU, however).

Now You Know the Different Parts of a Computer

By now you should know the names of the various PC parts in your computer. You should also be able to recognize them too, as well as have an idea as to how they can be replaced.

Congratulations! You’re on the road to understanding how to service your own computer and save money. It might even lead to you building your own one day.

Read the full article: The Basic Parts of a Computer and How to Upgrade Them 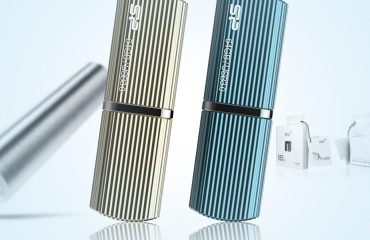 5 of the Fastest and Best USB 3.0 Flash Drives 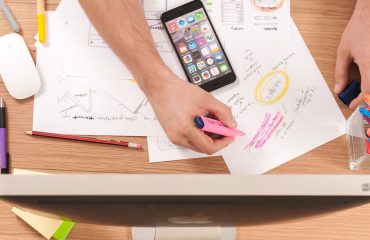 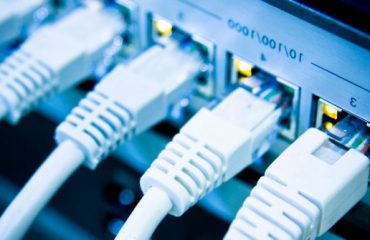 How to Reset Network Settings in Windows