The Best DACs for Hi-Res Audio

The Best DACs for Hi-Res Audio 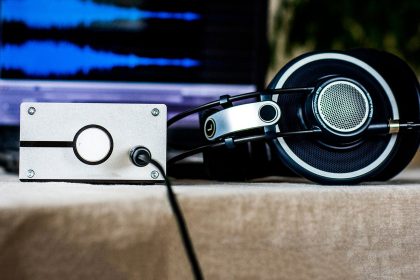 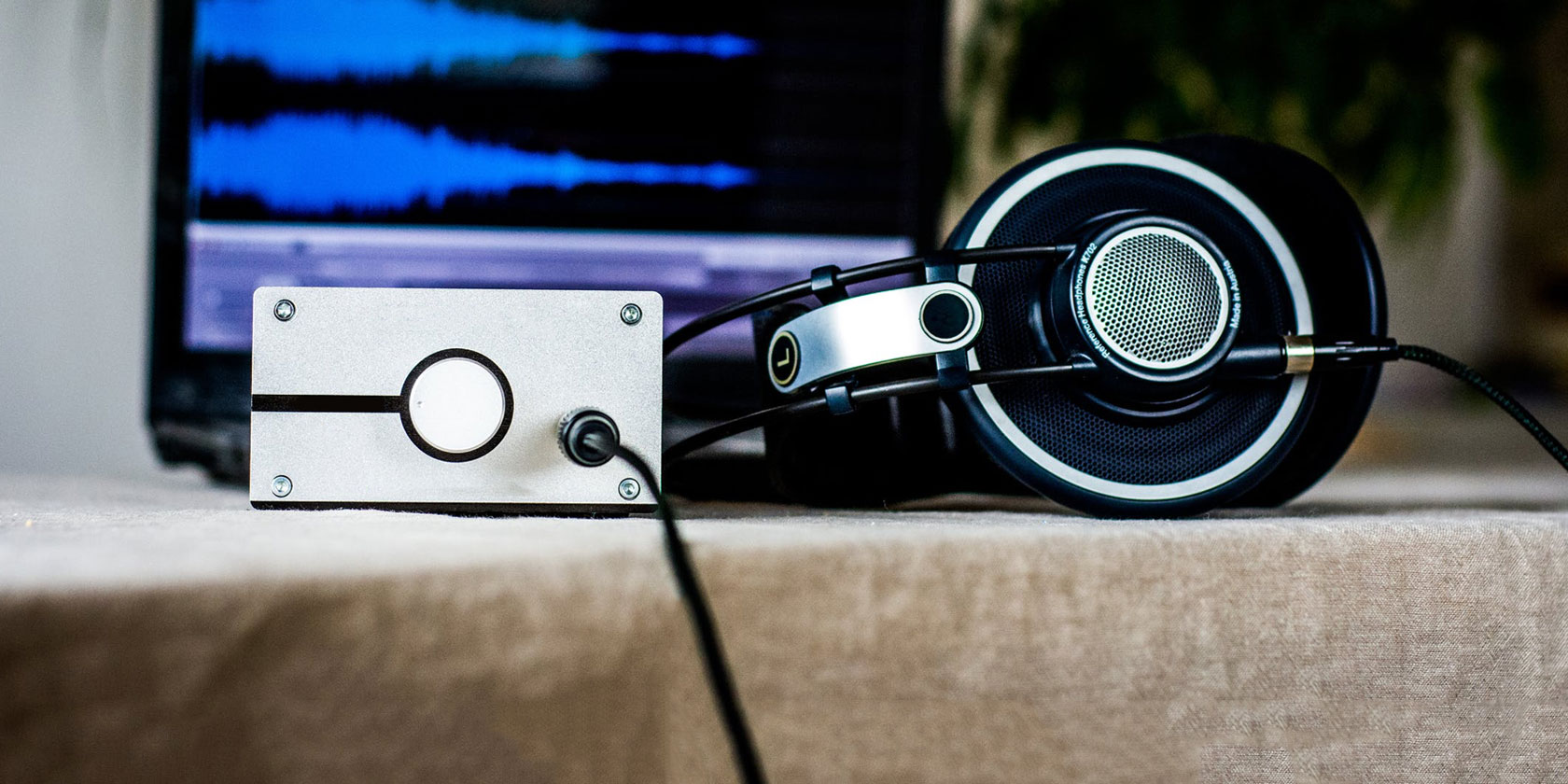 Your computer’s in-built audio probably doesn’t sound great. It might be fine for playing back YouTube videos, but chances are it wasn’t built with hi-res audio quality in mind. That’s where a digital-to-analog converter (DAC) comes into play. The DAC turns digital audio into analog audio signals that can be heard through your speakers or headphones.

Audiophiles may spend thousands of dollars on the top-of-the-range DACs, but that’s not what we’re focusing on here. We’ve put together a range of DACs that cover all budgets, without going over the top.

Plug in your favorite headphones and prepare for audio bliss.

We kick off this list with what is without a doubt the jack of all trades of the lineup. The Marantz HD-DAC1 isn’t just a DAC; it’s also a headphone amplifier and stereo preamp. While most of the DACs on this list double as headphone amps, all this one needs to sit at the heart of your hi-fi system is a power amp.

For inputs, the HD-DAC1 features dual USB ports as well as digital and analog audio inputs. It will drive headphones up to 600 ohms with ease as well, which is no easy task. If you have the spare cash and want a do-it-all piece of hardware, this is a great pick.

The Schiit Jotunheim is one of the best headphone amps around. So, what’s it doing on a DAC roundup? It is a very configurable headphone amp that, along with the included multibit DAC, is also an excellent all-round DAC.

If you’re mostly going to be listening with your favorite headphones but occasionally want to plug into your powered speakers, this is a fantastic option. It’s compatible with balanced headphone cables too, so it will sound great with even the highest quality headphones.

Chord Audio is well-known in audio enthusiast circles, and while the company makes much more expensive models, the Chord Mojo is likely the company’s most popular product. It’s not hard to see why, either. For starters, it’s incredibly portable, so you can take it anywhere with you.

It’s also USB-powered, so you don’t need to worry about hauling around an extra power adapter with you. This can play uncompressed PCM audio files up to 768kHz. If you have a large collection of hi-res audio files, the Mojo’s mix of top-notch sound quality and a relatively affordable price tag make it an attractive option.

If you want to improve the sound quality of your wired and wireless audio, look no further than the iFi xDSD. This combination DAC and headphone amp also features a built-in Bluetooth receiver for CD-quality audio, alongside its hi-res wired features.

Out of the box, the xDSD supports PCM up to 384kHz and quad DSD 256, as well as Master Quality Authenticated (MQA) audio, which delivers hi-res quality in smaller file sizes. With a firmware upgrade, it will support DSD 512 as well as PCM bit rates up to 768 kHz. There’s also a dual-mono headphone amp that provides up to 500mW of power per channel. That’s a lot of features in a small package.

The previous items on this list have been combination devices, offering more features than just a standalone DAC. You may be after a more modular system though, that lets you choose your own headphone amp or stereo preamp. If that’s the case, the Schiit Modi Multibit DAC may be perfect for you.

The Modi comes equipped with a single USB input on the back, as well as coaxial and optical SPDIF inputs. As for the output section, you get a single-ended stereo RCA connection, ready to plug into your other audio gear.

Housed in an enclosure roughly the size of a USB flash drive, the AudioQuest DragonFly Red is the perfect converter to carry in your laptop bag. This features a 32-bit ESS SABRE DAC—often found in home theater setups—and support for MQA. The device will even drive your headphones too.

If you use the hi-res PCM files, this might not be the best option for you, as it only decodes up to 24-bit at 96kHz. Still, if you’re streaming Tidal Masters, this is a great way to make the most of the music without spending too much.

If you’re looking for a desktop DAC to power your headphones and feed your powered speakers but don’t want to take up too much space, try the Audioengine D1. The device is surprisingly small considering that it packs in a USB input, optical digital audio input, and a stereo RCA output, as well as a headphone jack on the front.

The D1 supports 24-bit audio up to 192kHz, meaning it’ll playback most of the hi-res audio you can buy online. That said, higher bit rates will be re-sampled to 96kHz. It doesn’t support DSD or MQA natively, but not everyone needs support for those formats.

What if you’re looking for a DAC aimed more at gamers than audiophiles? The Sound BlasterX G6 DAC is meant for you. Instead of MQA and DSD, the specs for this model list Dolby Digital and 7.1 virtual surround sound.

Still, this is capable for music too, with support for 32-bit audio and bit rates up to 384kHz. It will also drive headphones up to 600 ohms. If you use power-hungry headphones for gaming, this will help every sound come through clearly.

The Schiit Fulla 2 is the company’s entry-level desktop DAC and headphone amp. Don’t let that term scare you off though, as it packs some serious sound quality for the price. This model uses the AKM AK4490 digital-to-analog converter, which is usually found in much pricier DAC units.

When it comes to driving headphones, the Fulla 2 delivers 550mW into 16 ohms. This means it will power lower impedance headphones without issue, and even your more power-hungry models might squeak by. Two line outs on the back let you use the unit as a standalone DAC with other amps too.

FiiO is known for delivering hi-res audio players, headphone amps, and other audio products at much lower prices than other companies. The FiiO K3 is no exception, packing a surprising feature set for the size and price.

You get native 32-bit/384kHz PCM audio as well as DSD 256, plus it uses a USB-C input. For outputs, you get a standard 3.5mm headphone jack plus a balanced 2.5mm headphone jack and a line out. The K3 even features both coaxial and optical digital outs too.

If you don’t need all of the features of the K3, the FiiO E10K offers a stripped-down alternative. This model features support for 24-bit audio at bit rates of up to 96kHz.

The FiiO E10K also uses a micro-USB connection instead of USB-C. You’ll still get better sound quality than the built-in audio chipsets on most laptops. Considering the low price,  that makes the E10K a worthwhile investment.

Getting Started with Hi-Res Audio

While all these DACs will give you better sound quality than most default sound cards, they’ll still need some help. You’ll want to play your music through a player that can treat the audio properly. This is especially true if you’re listening to hi-res audio.

We’ve put together a list of the best hi-res audio players for Windows, as well as best hi-res music apps for Mac to get you started.

Read the full article: The Best DACs for Hi-Res Audio 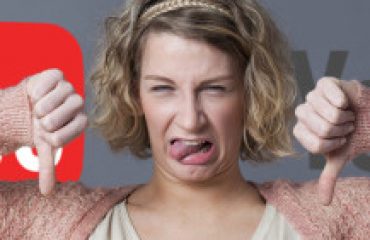 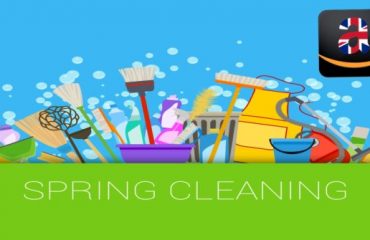 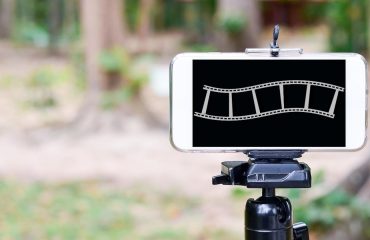 The 6 Best Free Video Editing Apps for iPhone and iPad