The Top 5 Problems With Blockchain Technology

The Top 5 Problems With Blockchain Technology 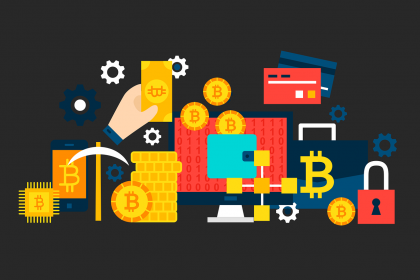 As promising as the globalization of Blockchain seems it isn’t necessarily the antidote to all our business problems. Although Bitcoin is a household term and blockchain is poised to enter every possible industry, there are problems facing blockchain adoption.

What are the problems with blockchain? What challenges are holding back blockchain adoption, and how can they be overcome?

When we think of blockchain, the first word that comes to our minds is Bitcoin, and most of us translate blockchain as cryptocurrency.

But these are two different things. Blockchain is the system, and cryptocurrency is a product that runs on that system.

The structure of this system is aptly represented by its name. Its main component is a chain of blocks that store data in time order. It is a distributed ledger technology (DLT), which means this chain is not stored in one central device but every device running a node connected to the blockchain.

Related: What Is a Blockchain and How Does it Work?

Simply put, a blockchain is a network of nodes. Nodes are devices connected to that blockchain using the software. Nodes validate every transaction or exchange of data that occurs within the blockchain. Furthermore, most public blockchains allow anyone to create and operate a node, making blockchain a decentralized and transparent system.

While cryptocurrency may be the most common use of blockchain, it is not limited to digital coins. Some have developed blockchains that can circulate videos, pictures, documents, tokens, and many forms of data.

The whole system makes it hard for hackers to forge transactions because to alter one transaction, they will not only have to change the relevant block stored in every node in the blockchain separately but also the subsequent blocks in the chain if they don’t want the discrepancies in their links to be obvious (or rejected entirely).

What could go wrong?

Well, as it appears, A LOT!

Blockchain systems have weaknesses in many domains, and that makes mass adoption of blockchain a far-fetched idea. Below, we walk you through at least five different issues with blockchain you might’ve never noticed.

As safe as they may appear, blockchains are only as secure as their weakest link. For example, if someone wanted access to data shared within an exclusive blockchain, they only need access to one node in it.

That means the device that is the easiest to hack in a blockchain is a threat to the privacy of the entire blockchain. Unfortunately, that is not the only risk with blockchains.

Blockchains are quite democratic. They use different methods of voting to reach a consensus. In this case, each node that has an identity gets a vote. Majority wins! There are issues with Proof of Identity consensus algorithms, such as minorities being sidelined or manipulating smaller blockchain networks.

It’s easier for groups of criminals to enter a blockchain with many different devices, consequently buying more votes for themselves.

Once they form a majority, they can get any transaction approved.

If a group of people buys more than 50 percent of the assets in a blockchain, they control the blockchain.

We’ll talk about the third method, Proof of Work, in a moment. For now, let’s talk about how transparency can backfire.

There has been a lot of discussion over the integration of blockchain technology in supply chains. It looks like a great idea! After all, making supply chains transparent can provide the closure everyone needs to make ethical choices.

However, public blockchain (the most prevalent form) in a commercial environment isn’t always a good idea. Why? Because if a supply chain becomes transparent, so will the data of all the customers and partners dealing with that business.

When working in a commercial environment, complete transparency isn’t ideal, as it allows the participants to see what each member is doing in real-time.

Just like customers wouldn’t want all the businesses involved in supply chains getting any of their data, a business wouldn’t want their competition getting a whiff of their intellectual property, secrets, and strategies.

The larger a blockchain grows, the more vulnerable it gets. If that isn’t enough to convince you, there’s more we need to talk about before you plan on introducing blockchain to your business.

The redundancy of blockchains makes them hard to scale. Every device in your network must have a copy of every transaction made. That means hundreds of copies of the same data!

It requires massive storage, and the bigger the blockchain, the more power the nodes need to process everything.

And even if you have all the digital, software, and hardware needs met, it will be almost impossible to regulate your blockchain.

Decentralization of authority means there’s no one power to enforce law and order in the network. No moderators, no leaders, not even a regulatory body!

Not to mention how contracts made on a blockchain (known as smart contracts) are not legally recognized as substantial agreements or proofs in most countries.

Moreover, since every user can be from a different country, and blockchain surpasses all borders, which laws should apply to smart contracts, agreements, transactions, and cases?

Blockchain technology consumes more energy than any centralized system. Not only does their redundancy cause them to consume more power than an average centralized cloud-based system, but their transaction validation method plays a great role too.

First, they require more storage than any other system. The electricity required is multiplied by the number of nodes added to a blockchain. Each node stores and processes almost as much data as a central body in any other system.

Related: How Bad Is Bitcoin for the Environment? The Impact of Bitcoin Mining

But that’s not even our major concern here. Remember the third method of validation we were going to talk about? It requires major resources to run.

In Proof of Identity, every device has equal weight. In Proof of Stake, the largest stakeholders rule. But Proof of Work requires effort on the part of the users and their devices.

When a miner uses Proof of Work to validate a transaction, they are given a complex mathematical problem that requires a great amount of computational power to solve.

The complex mathematical problem has more to do with verifying the transaction through its hash. Why is it hard? Because a hash is merged with another hash upon each transaction.

To make sure a transaction is authentic, one has to track the hash and its history all the way to its origin. Cryptocurrency miners solve these complex algorithms and hash matches, receiving a cryptocurrency reward for each block they validate.

The point of all of that work is to secure the blockchain by making it harder and unfeasible for any criminals to validate fraudulent transactions—all at the expense of high electricity bills and enormous amounts of energy consumption.

It is estimated that Bitcoin alone consumes as much energy as whole countries like Malaysia and Sweden.

With all that in mind, the question remains, is blockchain a sustainable technology?

Is Blockchain the Solution You Need?

Blockchain is a distributed ledger technology meant to form transparent and decentralized systems. It may look safe, exclusive, democratic, and a geeky hipster’s utopia, but it is not exactly foolproof.

If you think transparency is blockchain’s strength, wait till your medical records are stored in a blockchain-based medical facility.

You can’t scale your blockchain without exhausting your resources, nor can you regulate it because there are no standard laws regarding it. Data and proofs stored within a blockchain aren’t even considered substantial in courts.

And you can save anything but energy when it comes to a Proof of Work blockchain. You’ll only be harming the environment if you switch from a centralized system to a blockchain unless your former system was an old-school waste of paper and fuel of a business.

With that in mind, know what you’re getting into when you join a blockchain. 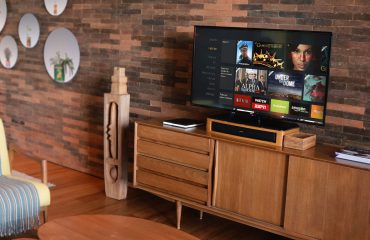 Amazon Fire Stick vs. Roku: Which One Is Better? 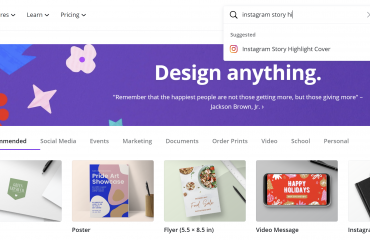 2 Useful Apps That Will Make Your Instagram Look More Professional 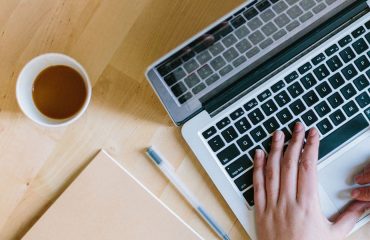 4 Handy Mac Apps That Bring Gmail to Your Desktop