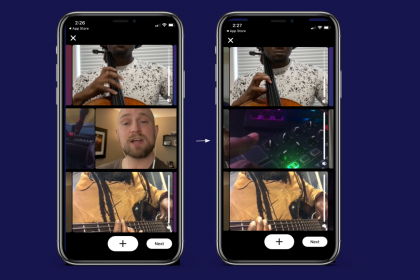 If you want to do more than scroll through your friends’ photos on social media, you might be interested in using Facebook’s Collab app, which lets you create and publish collaborative videos with people from around the world.

In this article we introduce you to the Collab app, explain what it is, and help you get started using it.

Collab is an app created by Facebook that allows you to make 15-second short-form collaborative videos by syncing together three individual recordings.

The app is marketed primarily to musicians, with the idea that one musician uploads a video and other artists can play different instruments or melodies to compliment them.

In order to create a Collab video, you can either upload three 15-second videos and sync them together, or you can build upon another musician’s Collab by syncing yourself to their video.

The best part of the app is that Collab does all of the technical video editing and syncing for you. This means you don’t need any prior editing experience to create virtual masterpieces with other musicians.

Collab empowers you to make music videos with anyone. In this strange year, it has provided creative release and community connection to our early beta testers, like @teffmusic, @therolandchris, and @benjamminash in this collab. pic.twitter.com/3QDHYR48Gq

How to Start Using Collab

Even though Collab is made by Facebook, you’ll need to download the separate Collab app to access the platform. The Collab app is currently available for iOS, but only if you’re located in the US or Canada.

When you first open the Collab app, you’ll see an endless feed of videos known as Collabs (short for collaborations). If you’re familiar with TikTok, the home screen experience is quite similar. You can scroll through to watch different Collabs and find one you want to join or remix.

If you like a Collab and want to join in, click on the video and swipe left on one of the three rows that you want to replace with your own video. Collab will display a video upload button, and you can choose to upload a video saved in your camera roll. Collab’s automatic video editing software will sync your recording with the other two videos.

If you’d rather start a Collab from scratch, you can upload three separate videos, which the app will automatically sync into a cohesive production. The three videos will be stacked on top of one another in the final Collab, which gets published to the app’s public feed.

How to Use Collab’s In-App Video Editor

The biggest benefit of using Collab is that the app takes all the work and complexity out of audio and video syncing, automatically lining up different videos so they all play together.

Not only does Collab sync the videos’ speed and rhythm, but it also adjusts audio quality to make the music sound more blended. On the right-hand side of the Collab video editor, you can adjust each video’s sound levels to your liking.

During its beta period, Facebook tested Collab with dozens of users’ headsets and hardware configurations and designed the app to smooth out sound between a variety of different setups. You can even use plug-in electronic instruments, like keyboards and guitars, in your recordings.

Related: The Best Electronic Drum Kits You Can Buy

Every video that you collaborate with or upload on your own will be posted to the public Collab app feed, which means that strangers can view your videos and play along with you. You don’t have to be friends with someone to see or mix their videos. However, Facebook says that every Collab video properly credits users for their individual contributions.

Instead of watching Collabs through the public feed, you can also search Collabs by the songs they cover or by user accounts.

If you discover an artist you like on Collab, favorite them in the app in order to receive notifications when they post new music. Collab will personalize your home feed based on your favorite accounts and scrolling behavior.

While most Collab videos feature musicians, you don’t have to have any music experience to use Collab. You could act as a producer, combining and remixing different videos already on the platform.

Or you could add in certain non-instrument videos, such as recordings of you doing spoken word or dance, or of an interesting noise or rhythm you heard out in nature or about town.

The Collab app doesn’t offer a direct integration to Facebook. However, you can export your videos from Collab to your other social channels.

To do so, simply click on the export arrow on the bottom of a Collab to pull up a menu and directly export the video to your Facebook page, Instagram feed, or other social platform like TikTok. If you export a Collab, the video will feature a Collab watermark and attribution of any other artists’ usernames.

Related: How to Add Music to an Instagram Story

How Is Collab Different From TikTok?

The biggest distinction between these two platforms is the video format. With TikTok, combined videos are either spliced into one another (with Stitch) or they are put side by side, with a limit of two (with Duets). Collab is distinct because it shows three videos in a stacked format.

Collab also offers more sophisticated automated editing software to sync up the different videos. This makes it easier for people to make synced videos on Collab than on TikTok, where the videos might not line up precisely.

Precision editing is especially important for music jam sessions or virtual concerts, which explains why Facebook is focused on marketing Collab to musicians and musical groups.

Even though Collab is focused on music, the app’s sophisticated built-in video editing features hold a lot of promise for virtual video mashups of all kinds.

Whether you’re an established or aspiring musician, music producer, or audio artist, Collab is a great place to start experimenting with audio and video in new and creative ways. 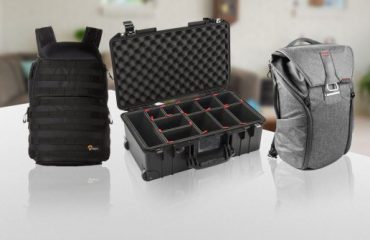 10 of the Best Large Camera Bags for Fashion, Function, and Price 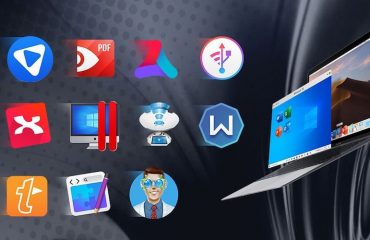 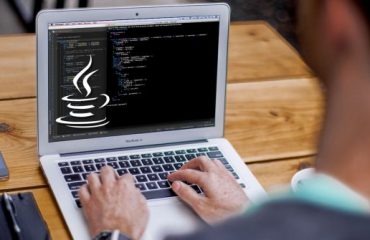 How to Handle Java Exceptions the Right Way