You Can Now Share Files Between Android and Linux With Warpinator

You Can Now Share Files Between Android and Linux With Warpinator 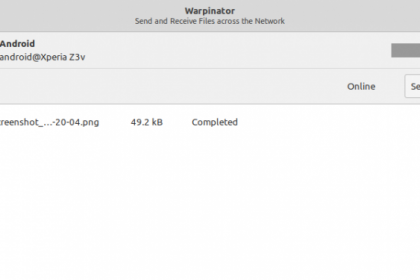 You can now get the Android version of Warpinator, an app originally developed by the Linux Mint team for easy file sharing between Linux machines over a local network. With the Warpinator app on the Google Play Store, you can now seamlessly move files between your Linux and Android devices.

Native apps that allow wireless file sharing between Linux and Android aren’t too common, but a new one’s been spotted.

If you’re running Linux Mint 20, you probably already know about Warpinator. The app automatically searches for other devices on your local network with Warpinator installed and allows you to send and receive files with little hassle.

Warpinator has now been reimplemented onto Android, allowing you to add Android devices to your Linux file ecosystem. While the developers are not part of the Linux Mint team, the official Linux Mint blog still promoted their implementation of the app. The blog post also notes that because of the way the developers built Warpinator, a port to iOS is certainly possible if someone were to take up the task.

How to Transfer Files Wirelessly With Warpinator

Once Warpinator identifies a device on the network, sharing is as simple as dragging and dropping a file into Warpinator’s interface. By default, the app will ask you to approve any requests to transfer files before they happen. If you feel safe and don’t want to approve every transfer, you can switch this feature off in the settings as well.

If you don’t trust everyone on your network, you can also set a unique group code on your devices in Warpinator’s settings. The default group code is simply Warpinator. Devices without matching group codes cannot connect to each other.

Are you already using KDE Connect to share files between Android and Linux? One thing Warpinator offers that KDE Connect doesn’t is the ability to transfer entire directories. Ready to hit maximum warp?

Related: How to Run Linux on Android Devices

How to Install Warpinator on Linux

Warpinator comes installed on all editions of Linux Mint 20 or above. If you don’t have it for some reason, you can easily install it using apt. Just open a terminal and run this command:

If you’re on another Ubuntu-based system, you can try building Warpinator yourself by following the development team’s instructions.

It’s always exciting to see inter-connectivity with other platforms come to Linux. Warpinator is certainly worth checking out if you often need to move files to and from your Android device while using Linux.

While Android compatibility doesn’t always exist, Linux users do in fact have many options when it comes to wireless file sharing. 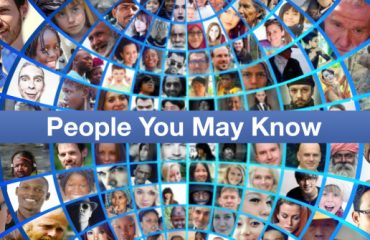 Grab a Christmas Discount on a Secretlab Gaming Chair | MakeUseOf 6 Signs Microsoft Is Really a Fan of Linux