Screenshots have turned into a preferred form of communication. We use them to share a funny conversation or relevant parts of an article. And we use annotated screenshots to point out the craziness that’s happening on our iPhone’s screen.

If you’re running iOS 11 on your iPhone, you’ll see a little preview of screenshots in the bottom-left corner. Tapping on it will take you directly to the Markup view. Instead, try tapping and holding on the preview.

This will bring up iOS’s traditional share sheet. From here, you can send the screenshot to any of the apps or services using the extensions you’ve enabled. For instance, you can send it to a conversation in WhatsApp, or add it to a note using the Notes app.

When you see that screenshot preview in the bottom-left corner, tap on it. It will instantly take you to iOS’s new Markup feature. Here, you can use various tools to annotate the screenshot (more on that below). You can even start doodling on the screenshot using your finger.

Cropping is the easiest task to do in the Markup feature. When you’re in the editing view, just drag in from the edge of the image, from any corner that you like.

When you’re in the Markup view, tap on the Plus (+) button and then select the square or circle button from the bottom row.

This will bring up a box on the screen. By default, it will be black. Tap on the color box to change the color. You can also change the thickness of the box.

From the Plus (+) menu, tap on the Arrow button. You can change the thickness and the style of the arrow from the menu button below. To resize it, simply drag from either end of the arrow.

From the Plus (+) menu, select Text. Then tap on the box and select Edit to edit the text. Touch the Aa button to change the font style, font size, and alignment.

Markup has a pretty cool zoom feature. From the Plus (+) menu, select the Magnifier option. You’ll see a circle show up in the center of the screen that you can drag around as needed. This tool provides two round icons on the edge. Swipe on the blue icon to change the size of the magnifier; the green icon lets you change the zoom level.

While iOS 11’s Markup feature is super easy to use, it lacks a plethora of useful tools. Annotable fills in the gaps.

Using this third-party app, you can quickly pixelate parts of the image or highlight them. But the app has an even cooler trick up its sleeve. If you’ve got text in the screenshot that you want to highlight, just select the abc tool and swipe on the text. Doing so will magically highlight the words. Similarly, you can retract only text from the images using the Retract tool.

However, the app’s UI isn’t the best in the world. When you tap the tools icon in the bottom-right corner, you’ll be greeted with a potentially overwhelming five lines of tools (this depends on which tools you’ve paid for).

Using Tailor, you can stitch multiple iPhone screenshots together to create one long screenshot. This is especially helpful when you want to take a screenshot of an IM conversation, a website, or a task list. Instead of sharing multiple small screenshots, you can just share one long, all-encompassing image.

Tailor app is smart enough to recognize bottom navigation bars and it removes them automatically. Just take multiple screenshots, making sure that there’s a little overlap with each, and open Tailor. The app will automatically scan your screenshots, find the related screenshots, and stitch them for you. All you have to do is tap on the Share button.

5. Create Your Own Screenshot Workflows

The Workflow app (which was recently acquired by Apple and is now free to use) is a great way to create your own iPhone screenshot workflows. Workflows lets you stitch together a series of actions.

So you can, for example, create a workflow that takes multiple images, stitches them together side-by-side with a gutter of 10 pixels, converts the image to JPG or resizes it to a particular resolution, then shows you the end result. And once it’s set up, the whole process takes only a few seconds.

Now, tap on the Play button at the top to start the workflow. You’ll be asked to select multiple photos, then the app will stitch them and save them to your photo library. You’ll see a preview of the final image at the bottom. Tap on the Gear icon to give the workflow a name, and you can even add it to the Home screen for quick access.

This was just a simple example. There’s a lot more that Workflow can do. We recommend spending some time exploring the iPhone Screenshot Preview library. By the way, you don’t need to write your own workflows for doing simple actions! You’ll find entire libraries of workflows that you can easily import into the app. 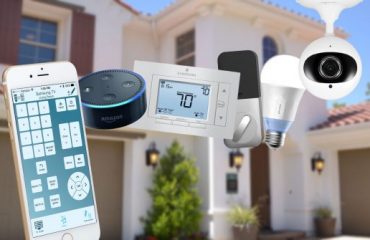 The $400 Smart Home Starter Kit for the Budget-Conscious Beginner 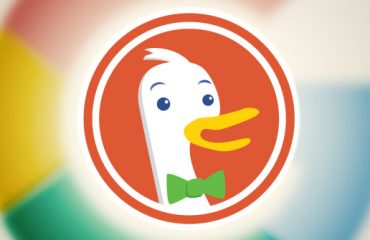