5 PC Parts That Tend to Die: How to Extend Their Lifespans

5 PC Parts That Tend to Die: How to Extend Their Lifespans 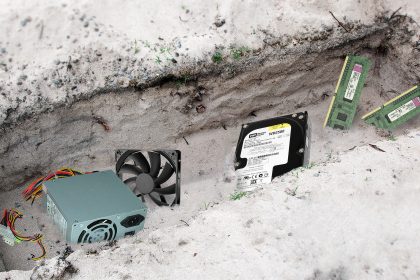 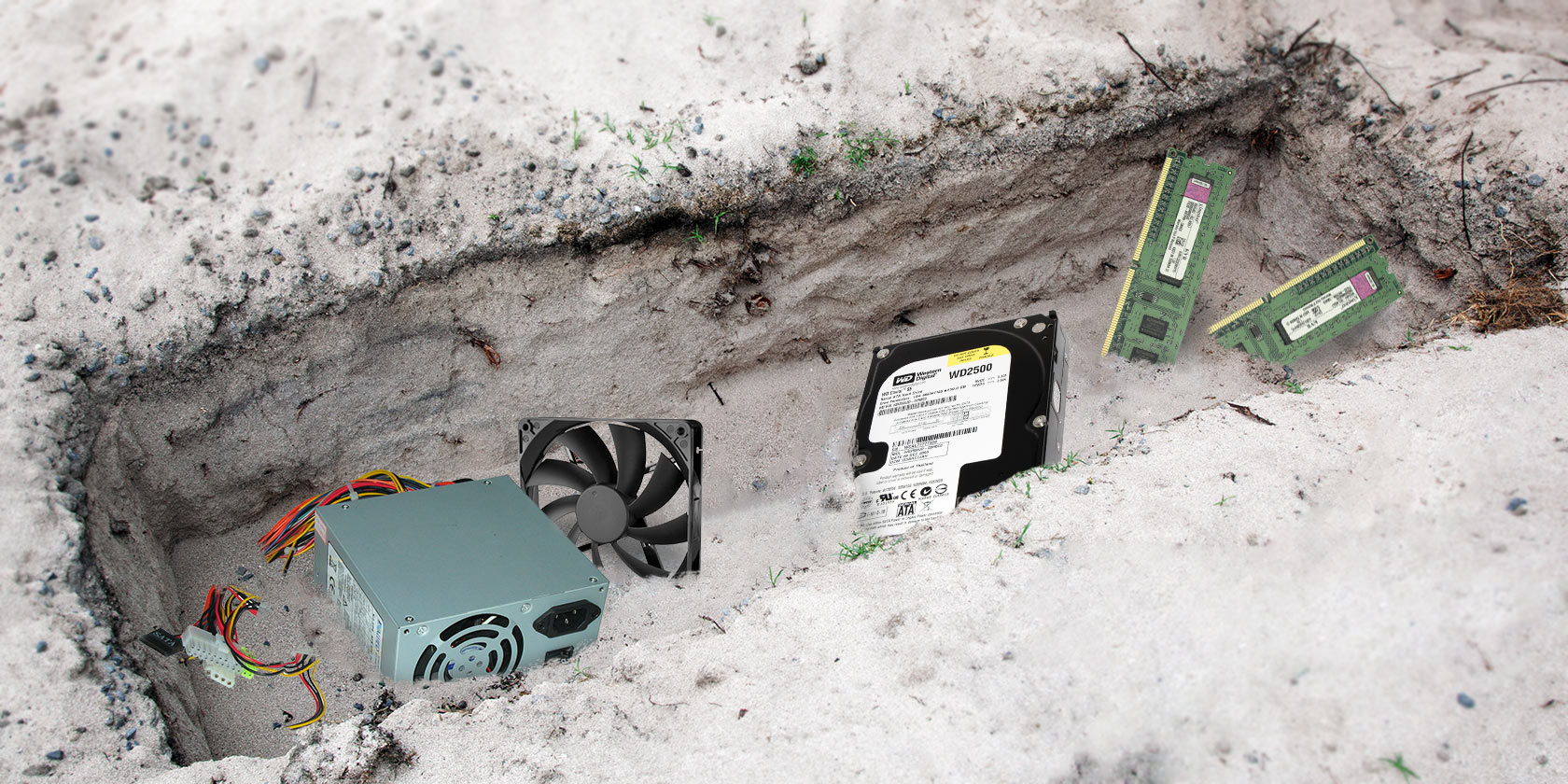 In an ideal world, your PC would last as long as you need it, and the only reason to get a new one would be for the performance boost. Unfortunately, life isn’t fair. PC parts die. Replacements can be expensive—so it makes sense to get the most out of every part you can.

The most important thing you can do is maintain your PC components properly. A long-lasting PC starts and ends with good maintenance habits, especially when you build the PC yourself. To get started, check out these tips on how to extend the lifespan of your PC parts. There are several reasons why you should upgrade your motherboard. However, let’s hope you do so voluntarily instead of being forced into it by a broken motherboard. Motherboard reliability increases with each generation, as you might expect.

Why Do Motherboard’s Die So Quickly?

Even though there are no moving parts, motherboards are very complex and delicate in their designs. As the focal point for everything else on your system, small malfunctions can have catastrophic effects.

Motherboard lifespan is difficult to gauge, too, as accounting for individual user habits and local environments is almost impossible. Still, a 2018 Puget Systems study found that “while motherboards seem to be getting more and more complex,” the overall failure rate was just “2.1% or about 1 out of every 49 motherboards.” Importantly, this figure is “about half what we saw in 2017.”

A 2016 HardWare.fr report returned similar results, with ASRock motherboards coming in at 1.45% and MSI coming in at 2.36%.

The biggest reason for motherboard failure is that the capacitors deteriorate over time and become exhausted. Sometimes the capacitors will even leak, potentially damaging other hardware components. You can replace a capacitor, but it is a non-trivial DIY operation that you may be uncomfortable completing yourself.

Other causes of motherboard failure include heat, static, and moisture.

Keep your computer away from environmental hazards like excess moisture or extra-dry air, which can promote static buildup. Excess heat can sometimes cause a motherboard to warp, leading to shorts and broken components.

But the best thing you can do to prevent motherboard failures is never to touch the motherboard. That’s hyperbole—you obviously have to touch it to install or replace parts. But try to limit the motherboard’s exposure outside of the PC case. Data drives come in two main forms: hard disk drives (HDDs) and solid-state drives (SSDs). A computer cannot function without one, because that’s where the operating system resides. It’s crucial to your system. If it dies, you’ll need to get a replacement ASAP.

Why Do HDDs and SSDs Die So Quickly?

HDDs and SSDs are both prone to failure, but for different reasons.

HDDs are mechanical—they have moving parts—and will physically break down over time. The platter might get scratched, the head might stop reading, or the parts might become “paralyzed” by a power surge.

SSDs are based on flash memory chips, so they have no moving parts. However, they have unreliable long-term data retention, they are more susceptible to extreme temperatures, and power outages can lead to data corruption.

No matter which kind of data drive you have, it’s always a good idea to invest in a good surge protector. Electrical surges can cause a lot of harm to all kinds of devices, not just PC parts.

Avoid extreme temperatures when possible. Refer to your data drive’s manual for safe operating temperatures. This means cleaning dust out of your computer to ensure good air circulation and prevent overheating!

Other than that, it’s mostly about buying a good model from a reputable brand. The next time you’re shopping for a data drive, check out our articles on some things to consider when buying a hard drive or a solid-state drive. RAM is vital for a pleasant computer experience, and it’s one of the first parts you should upgrade if you want to speed up your PC performance. How much do you need? Well, it depends, but 8GB is the current norm.

Of all of the computer hardware components, RAM has the lowest relative rate of failure. However, depending on the model and brand of RAM you buy, the lifespan of the RAM module can vary. Dead RAM modules do happen!

Why Does RAM Die So Quickly?

Given perfect conditions, RAM actually has a remarkably long lifespan. The same 2016 HardWare.fr study found incredibly low incidences of RAM returns, as low as 0.20% for Kingston and up to 1.08% for Corsair. Given the staggering amount of RAM in use around the world, these figures are extremely low.

But two things can kill a working RAM module in the blink of an eye: temperature and power surges.

Most RAM modules have an operating temperature between 0 and 85 degrees Celsius. If you head outside of those temperature limitations, you could corrupt your RAM. It won’t happen instantly, and it would be disingenuous to suggest otherwise. But prolonged exposure to “extreme” temperatures reduces the lifespan of your RAM.

Otherwise, ensure you have adequate surge protection. Check out the best surge protectors you can buy right now. A power supply unit (PSU) delivers power to all of the components in your computer. There are a number of considerations to keep in mind when buying the right PSU for your needs, but lifespan is one of the more important ones.

Why Do PSUs Die So Quickly?

Despite the perception, PSUs are only slightly worse than RAM modules in terms of hardware lifespan under perfect conditions. The HardWare.fr indicates failure rates between 0.49% for the best performing PSU (Fortron) and 2.41% at the other end of the scale (Cougar).

Again, the Puget Systems report corroborates the PSU rate of failure, with a “total failure rate of 1.15%.”

Under normal intended use, a PSU should last a long time—at least five years, possibly up to 10 years if you’re lucky. But if you start putting the power supply under high loads over long periods, it can be overstressed.

As always, start with a high-quality model from a reputable brand. Many generic models are overrated and don’t have much tolerance for stress. Poor build quality can also lead to faster aging and early death.

Another thing to consider is that some brands don’t manufacture the PSUs in-house. Instead, some PSUs are sourced from OEMs. This process means that the quality of PSU models can vary, even within the same brand.

The only effective way to prolong your PSU lifespan is to cut back on high-stress activities. For example, cryptocurrency mining is a very strenuous process. Overclocking your CPU or GPU can also place additional stress on your power supply unit, although you can mitigate this using appropriately rated hardware.

If you want a new PSU and don’t know where to start, check out the best PSUs for PC builders. You probably haven’t given your PC fans much thought. They spin up when you need them, and they spin down when you don’t. Sometimes, we don’t even notice when one stops working (at least, not straight away!). Fortunately, most case cooling fans are relatively cheap to replace.

The situation changes when you consider CPU cooling fans, which can be more expensive than their case cooling counterparts, and similarly, GPUs.

Why Do Cooling Fans Die So Quickly?

This one’s really simple. Just as with hard disk drives, cooling fans are mechanical—they have moving parts that are susceptible to general wear and tear. Over time, as the fans spin and spin and spin, they’re more likely to break down.

But this process is accelerated by the dust and particles that build up on the fan blades and within the rotating mechanism. When exposed to heat and moisture, the dust can even get caked on and turn into gunk, which could cause more friction and stress.

The first tip for keeping any type of cooling fan working effectively is cleaning. That means cleaning the excess dust and buildup from fan blades, plus the dust from the PC case that contributes to the issue.

You could also consider the location of your PC in your home. Leaving your PC on a thick carpet, for instance, can cause extra heat and additional dust ingress, in turn causing your fans to work harder to keep your system cool.

So, how often should you clean your cooling fans? If you’ve never cleaned them before, give everything in your case a good clean. Then, head back one month later and see how much dust and buildup are gathering on your cooling fan blades. You can gauge your PC cleaning schedule from there.

If your CPU dies, read our guide to choosing the right Intel Core processor. Alternatively, check out the best gaming CPUs for all budgets.

Stop Your PC Parts Wearing Out

There is no doubt that certain PC parts wear out quicker than others. You can manage the general wear and tear on yours computer using the tips set out in this article. Keeping your system cool, clean, and dust-free will maintain your PC hardware for much longer. Furthermore, looking after your hardware keeps costs down, as you won’t have to replace bits that break.

Of course, if you want to upgrade, do! Just make sure to ask yourself these important questions first.

Read the full article: 5 PC Parts That Tend to Die: How to Extend Their Lifespans 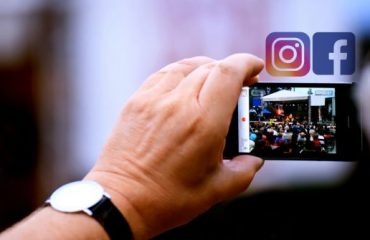 Make Videos for Any Social Network With Apple Clips 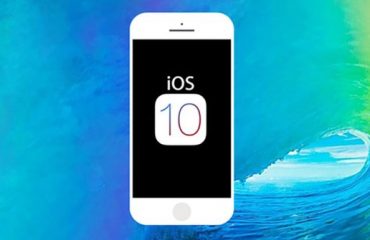 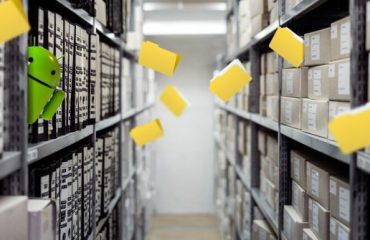 Managing Files on Android: Everything You Need to Know