How to Make Your Own ASMR Videos | MakeUseOf

How to Make Your Own ASMR Videos | MakeUseOf

ASMR videos (those sound-laden videos that give you almost unexplainable tingles) are increasingly popular on YouTube. So, whether you’re new to the scene or a veteran YouTuber looking to branch out, now is the perfect time to make the move to ASMR.

In this article, we’ll explain what ASMR is, before showing you how to make your own ASMR videos. And while anyone can make an ASMR video, making a good one is a true skill.

ASMR stands for Autonomous Sensory Meridian Response. It’s that warm feeling you get when someone gently whispers in your ear. Your skin prickles. A pleasant shiver traces a line down your spine. Your eyelids feel heavy. Your body relaxes. That’s ASMR.

Anything can set it off, and different stimuli works for different people. Think about the soothing tones of a hairdresser chirruping in your ear as they trim your hair, or the crackle of an open fire. And ASMR has become one of the hottest trends on YouTube, with ASMR artists creating videos that cater for every taste.

What Makes a Good ASMR Video?

Good ASMR videos should be, above all else, soothing. Whatever sounds you play, you want to focus on relaxing the viewer or listener and creating those so-called “head tingles”.

There are two main sound types found in ASMR videos:

Methodical ASMR concentrates on repetitive, predictable sounds. Think of the steady drum of rain upon an iron roof, or the rhythmic thump of a machine at work.

Natural ASMR videos are usually based around speech, or other unpredictable sounds. One of the biggest evolutions in the ASMR world has been the introduction of role-playing videos, as artists take on the role of, say, an optician giving you an eye examination.

How to Get Started With ASMR

When it comes to making your own content, start by researching existing ASMR channels. As you’re just starting out, you might want to make videos based on the sounds that are most popular with the ASMR community. Before long, though, look to create ones based around your own experiences.

Ask yourself what triggers those automatic responses in you. The chances are, it’ll have that effect on others, too. As your following grows, you can then begin to take requests from fans.

Because ASMR affects everybody differently (and has absolutely no effect on about 40 percent of the population), these categories offer plenty of scope for experimentation. And that will give you a great insight into what sounds attract the most viewers, just as you would for any video on your channel. It might be as simple as a video of you scratching a matte desk with a pen lid.

If you’re already a YouTuber, make your ASMR videos relevant to your existing content. So, if you’re a popular make-up tutorial creator, look to make ASMR using makeup brushes.

Finally, think about the length. Many basic ASMR videos have a run-time of around 30 minutes, but there are plenty within the community who prefer extra-long videos that play for three or four hours. Offer a mix and experiment with what works with your audience.

What Equipment Do You Need to Make ASMR Videos?

Although the top ASMR artists use professional (and expensive) hardware, it’s not a requirement. It’s less about the gear and more about how you use it to stir those skin-tingling sensations in listeners.

To get started, you just need:

If you’re already in the YouTube game, you’ll already have these things. If not, you needn’t break the bank buying the kit. Download free, pro-level video editing software, like DaVinci Resolve, and film your videos using your phone.

A higher-quality microphone, though, is something you’ll want to invest in sooner rather than later. Specifically, a binaural microphone.

These mics record audio in 3D. This means you can recreate sounds as heard by the human ear, with the sound coming in from the left, right, front, behind, above, and below. It’s especially good for those with headphones, helping your viewers feel like they’re really there.

Related: How to Create Binaural Beats on MyNoise

ASMR videos are all about keeping people “in the moment,” whatever that moment may be. Poor microphone or voice techniques will yank them out of it faster than you can say “Autonomous Sensory Meridian Response.”

It may be tempting to get in close to the mic, creating low, bass-heavy recordings, but as a rule of thumb, remain six to 12 inches from the microphone. You can still get closer when it’s required to achieve a particular effect; it’ll have a lot more impact if you treat it as an exception to the rule.

Take stock of how you sound. Don’t breathe too heavily into the mic, unless that’s the effect you want, and keep an ear out for plosives (those bursts of air escaping our mouths when we pronounce letters like P and B) and sibilance (the hiss when you use an S-word).

A pop filter attached to your microphone will limit plosives; sibilance can be prevented by speaking to the side of the mic, rather than directly into it. Just before you start any recording, and before saying any word that risks a plosive, take a deep breath. Then speak. You can always edit these out later.

Prepare the Room for ASMR Recordings

Consider your recording room. Unless you have a home studio or soundproof room, take note of any background noises, like a whirring computer fan or next-door’s TV. If these sounds don’t work for the video or risk distracting listeners, remove them.

For this reason, most ASMR artists prefer to record at night, when external, uncontrollable sounds such as traffic and pedestrian chatter is at a minimum.

If you find the room you’re in is picking up an echo, record in your closet (or opening the door and facing it). The clothes will dampen those ricocheting sounds.

So, you’ve prepared yourself and your gear. Your voice is silky smooth and whisper-quiet. When you speak too quietly, it can lead to a poor signal-to-noise ratio, so you must tweak the recording settings to ensure the mic captures the signal (your voice or sound effects) and ignores the noise (the unwanted sounds).

If this happens, you can:

While your focus should be on the audio, don’t neglect your video’s visuals.

Most ASMR channels record the artist in front of a microphone as they create all those delightful sounds, while role-play-based videos see the creator act out the scene using the appropriate visuals and costumes. A more basic video might simply place the audio over related images. One popular visual accompaniment is using hand gestures to create a relaxing atmosphere.

What to Do After Recording an ASMR Video

With your video in the editing suite, play with the sound levels. This will be useful for eliminating any background noise or hiss, while letting you emphasize particular elements of the recording (and de-emphasize others).

ASMR isn’t always recorded in situ. Many artists add sound effects to their videos in post-production that enhance the listening experience, and further draw viewers into calming worlds they create.

Freesound, Free SFX, ZapSplat, and BBC Sound Effects all have extensive sound effect libraries you can use for added effect.

However, make sure these are naturally slipped into the recording. And always listen through to the end of any recording you use; you don’t want that calming, ambient noise to be interrupted by the sudden squawk of a crow or the mighty rumble of a truck that renders all your hard work futile and stresses out your viewers.

Related: How to Add Music to a Video on Your Computer

Now is the perfect time to make your own ASMR videos. Not just because of its rising popularity, but because (in these stressful times) you can help others to reach a more relaxed mindset.

ASMR is a deeply personal experience and there are lots of different types out there, so respond to feedback from your viewers, and expect some trial and error while you figure out what your audience is looking for. ASMR also boasts an incredibly active community, so don’t be afraid to get involved and speak to artists and fans while you’re refining your own style. 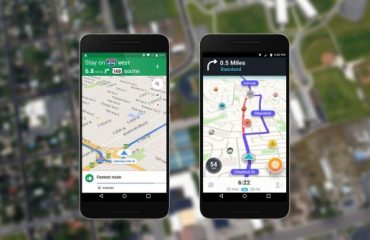 Waze vs. Google Maps: Which App Is Best for You? 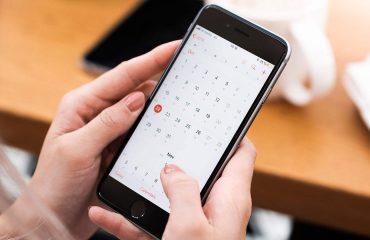 The 8 Best Calendar Apps for Your iPhone 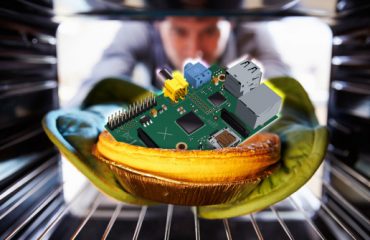