You can turn almost any computer into a Chromebook or Chromebox with CloudReady. This tutorial covers how to install and troubleshoot Chrome OS on most computers.

CloudReady is an open source derivation of Google’s Chrome OS. Chrome OS is a stripped down version of Linux that runs just a single app: Chrome. Most computers actually run Chrome OS faster than any other operating system. The downside is that some websites won’t work properly—unless you know a few tricks.

Getting Started With Chromium OS (CloudReady)

There are only two remaining popular versions of Chrome OS that you can install: Chromium OS from ArnoldTheBat and CloudReady from Neverware.

Of the two, most users will prefer CloudReady. It offers the best combination of features, support, and performance. Although I suspect that ArnoldTheBat’s version of Chromium OS will offer Android support before CloudReady does. CloudReady is officially supported on around 200 laptop models. But I’ve installed it on a half-dozen unsupported machines with only some minor troubleshooting.

The three parts of this step are optional. The reason is that the majority of users won’t have any issues installing CloudReady. However, a minority will have serious problems unless they do three things: first, update their computer’s BIOS and, second, use a disk partition tool to wipe the target storage drive (or boot drive). Third, turn off Fast Boot and Secure Boot.

Only attempt this step if you know what you’re doing. Otherwise, it’s best to leave things alone.

Different computers require different methods for updating their BIOS. And on top of that, updating a BIOS—if done incorrectly—can destroy your computer. We’ve previously covered how to enter your BIOS and how to update your BIOS.

For an example of how complicated—and bewilderingly different across varying models of computer—updating the BIOS can be, check this video on flashing a BIOS on an Acer Aspire One AOD150 or KAV10:

The storage drive that you want to install Chromium OS onto may not accept another operating system unless the previous data on the drive is fully removed.

The best way to do that is to use GParted, the ultimate partitioning tool. Aside from fully wiping the target drive, you may need to set the partition table type as GUID Partition Table (GPT).

You’ll first need to image the GParted ISO file onto a Flash drive. Start Etcher and choose the GParted ISO from your download directory. Then select your USB Flash drive (preferably after you’ve formatted it) as the target drive. The process usually takes around 5-10 minutes to complete.

Then start your computer with the Flash drive inserted. Boot from this drive. (How to boot from a Flash drive.) While GParted loads, you may need to hit enter on occasion, but the default settings are almost always the correct ones.

A popup menu will appear. Change Select new partition table type from msdos to GPT. For some reason, on some models of computer, I can’t get the installer to work with the standard table type on older computers, MS-DOS.

Finally, hit Apply. The computer will now change the partition table type to GPT. You can now exit this program.

Your storage drive is now ready to receive a copy of CloudReady.

Both Fast Boot and Secure Boot are known to add unnecessary complexity to Linux installations. Therefore, it’s a wise decision to switch both features off before you install CloudReady. You can disable both from within your computer’s BIOS/UEFI.

The first step is to use Etcher to image CloudReady onto a USB Flash drive (or some other bootable media). The process is simple: Run Etcher, under Select image, choose the downloaded copy of CloudReady as the source ISO. Then choose a formatted USB drive as the destination under Select drive. Finally, hit the Flash! button.

The imaging process should take around 10 minutes to finish. Now you’ve got an installer Flash drive.

Insert the USB Flash drive with CloudReady on it into the computer. Remember that installing CloudReady will wipe out the contents of the drive—if you need anything on it, remember to make a backup. Start the computer and boot from the drive.

The initial menu should look like this (without my login information):

Log in as Guest (located in the bottom-left of the screen). After logging in, to install to a storage drive, press and hold Ctrl + Alt + F2.

After pressing all three buttons, a terminal window opens. You should now be able to enter text and commands.

Type the following command in order to install Chrome OS to your computer’s storage drive:

You may be required to input a login and a password: chronos is the login and chrome is the password.

Please note that there are hyphens next to each other following “install” and before “dst”. Also, look at “sda”. In Linux, storage drives are each marked with a letter of the alphabet. The first storage drive in your computer is marked as “storage drive a“, or initialized as “sda”. If you have multiple drives in your computer, you can find the appropriate drive by typing in the following command:

CloudReady does not include support for Flash, or DRM protection schemes like Wildvine, by default. You need to install these separately.

Fortunately, it’s as easy as clicking the mouse a few times. Simply open Settings and click on Plugins. You should see the following three entries:

On the Plugins menu, hit the INSTALL button to the right of each entry. Afterward, it will download and install each software.

What’s the Password and Login for Chrome OS CloudReady?

When you try to change certain system settings for CloudReady, you’ll be prompted to input a password and login. Unfortunately, there’s a lot of incorrect information on the internet. As of March 2018, the login and password are as follows:

Typing in both will grant you root access, which means you can change system-level settings. During the installation process, you’ll be prompted to input both.

The two most common audio problems are HDMI not working and rear audio ports not working. No worries! Like many Linux distributions, CloudReady includes a configuration tool for fixing audio issues, Alsamixer. The tool, however, isn’t very easy to use because it’s based on confusing ASCII characters and lacks visual polish. Also, the instructions aren’t very clear.

On the command line, type the following and hit the Enter key:

This takes you to the shell, which allows users to alter Linux settings from the command line. You may need to type in your password and/or login. The login is chronos and the password is chrome.

You should see the following interface:

Dealing with the Alsamixer interface is tedious. The in-interface instructions are incorrect and the F-keys do nothing.

Anyway, first, you want to select your audio card (one of them is probably muted). You can do this by hitting the s key. You should then see a list of all the audio devices attached to your computer. Oftentimes, that’s either your graphics card, the rear panel audio, and the HDMI audio.

Use the navigational keys to select the correct device. For example, if you are outputting audio from an HDMI connection, you will want to select the HDMI audio device. Once you’ve highlighted the correct entry, hit the Enter key. That will bring up the audio settings.

You should see a box with “MM” in the middle. That means that this device is muted. Hit the m key to unmute it, which turns the MM into 00 (double zeroes). With a little luck, the audio should now work! If it doesn’t, your audio controller may not be compatible with Chrome OS.

To persist these settings between reboots, you’ll need to create a new directory to hold the settings and then save the settings at that location. Now type the following and hit Enter:

Now enter the command below:

This creates a directory called “alsa” inside of the directory /var/lib. You will enter this directory by typing the following and hitting Enter:

To save your settings, type the following command:

After that, the audio settings shouldn’t reset after you restart your computer.

Unfortunately, there’s no way to tweak settings in order to get Wi-Fi working properly. However, I can recommend a budget 802.11ac Mini-PCIe card, the Intel 3160. It’s cheap, offers low-tier Wireless-AC speeds, and works across almost all Linux platforms (I’ve tested it across many Linux distros). It’s also found on eBay for very little money (in used condition) and is also available in the M.2 form factor.

If you don’t know how to change your Wi-Fi card, try a USB wireless dongle. There are plenty out there for very little money with Linux support (although I haven’t tested them personally). The HoneyBull 802.11ac USB dongle also includes an external antenna for better wireless reception.

There are a handful of tips in Chrome that allow users to improve performance. Not all of these work properly and some might be little more than snake oil. Dan Price covered several Chrome speed hacks and all of these tips apply to Chrome OS.

First, type the following into your browser’s address bar and hit Enter:

This takes you to Chrome’s internal configuration utility, flags. Here you can turn a few experimental features on. Namely, you can force enable your graphics processor, if it’s unsupported. However, this can cause a variety of display issues. In a few rare cases, it may even require reinstalling the operating system.

The first (and probably only) feature you might want to tinker with is Override software rendering list. By default, some graphics processors do not work in Chrome. By forcing Chrome to use unsupported GPUs, you might see a big performance improvement. It’s worth trying out if it’s disabled. (Accelerated 2D canvas is another feature you may want to turn on.)

One other feature worth considering is setting raster threads from its default. Search for the entry Number of raster threads and change it from Default to 4. I should note that unless you have integrated Intel graphics, raster threads are processed by your computer’s CPU. So don’t set raster threads higher than the number of cores (or threads) that your system can handle.

After you’ve made the changes, restart the browser by clicking on RELAUNCH NOW on the lower-right side of the screen. After the browser restarts, you might see improved performance. In my experience, the only one of these worth enabling is GPU acceleration. And the chances that this will actually improve performance are about 50/50.

Can an Old PC Turn Into a Chromebox or Chromebook?

Yes! Most older hardware will absolutely work (and better than with Windows or Linux) with CloudReady, or another Chrome OS distribution. Companies like Neverware solve the problem of organizations having to retire outdated hardware to install the latest Windows version.

With CloudReady, the majority of retired machines can work securely and efficiently—for many more years to come.

So now that you’ve got a low-cost high-performance system, check out our guide to installing extensions for Chrome. With the right extensions, your DIY Chromebox or Chromebook can do almost anything a Windows computer can—and all without malware, spyware, and other Windows-related problems. 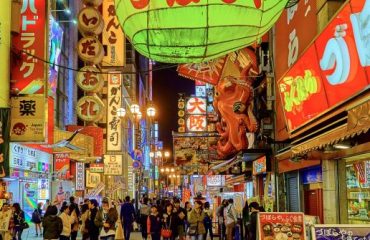 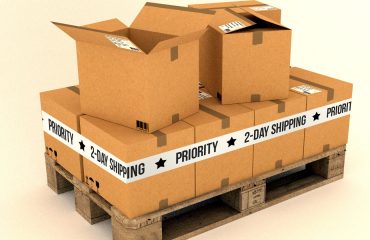 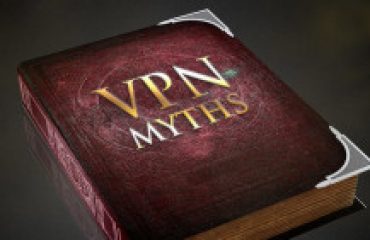 5 Common VPN Myths and Why You Shouldn’t Believe Them