Moving From Android to iPhone? Here Are 9 Differences to Consider

Moving From Android to iPhone? Here Are 9 Differences to Consider 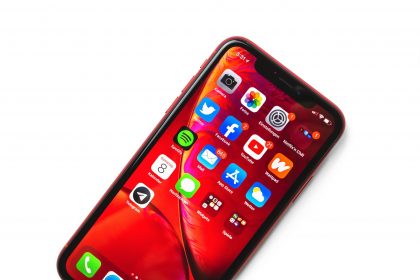 Upgrading your smartphone is always exciting. And if you've used an Android device for a while, you might consider switching over to an iPhone at some stage.

Like other Apple products, iPhones have a reputation for being user-friendly. However, you'll still have to go through a bit of a learning curve in the first few weeks of your switchover.

If you're thinking about switching from Android to iPhone—or you've already bought your new smartphone—here are nine things you should know.

1. The iPhone Has Fewer Apps on Offer

In the first quarter of 2021, the App Store had around 2.26 million apps, according to Statista. While this figure is both impressive and more apps than you'll ever need, you still don't have as many choices as the over 3.4 million apps that the Google Play Store offers.

Apple offers fewer apps than Android because it's stricter with who can and cannot use the store; developers' apps must pass specific criteria to get on there.

On the flip side, you might get exclusive access to popular new apps once you've got an iPhone. For example, Clubhouse only became available on Android devices in May 2021—and even that was in just the US.

When you first use your iPhone, you'll notice several Apple-native apps. Some of the best-known ones are Mail, Calendar, and Safari.

Comparatively, your Android phone would have had Google Calendar, Gmail, and Chrome. Obviously, it might take a while to get used to Apple's versions apps instead, which aren't available at all on Android.

Fortunately, though, you can download the Google versions from the App Store on your iPhone at any time.

3. An iPhone Is Most Compatible With Apple Devices

When you switch from Android to iPhone, you'll need to create an Apple ID. Once you've done this, you can use your login credentials across any other Apple device you own—such as a Mac or iPad.

Related: How to Activate an iPhone If You're New to Apple

Moving files around your Apple devices isn't difficult. You can sync certain features, such as your contacts, while iCloud offers a place to store your notes, photos, and so on.

Although your iPhone is easy to use with other Apple devices, things might get a bit trickier if you use a Windows computer. To transfer photos, for example, you'll either need to download iCloud or use something like Google Drive.

Your iPhone's battery life will mainly depend on how much you use your device. But if your usage doesn't dramatically increase or decrease, you might notice differences in how long you need to wait before charging compared to your Android phone.

If you spend a lot of time on your iPhone, it's possible that the battery life doesn't last as long as when you were an Android user. On the flip side, iPhones tend to do pretty well at preserving battery life when you're not using them.

You can increase the length of your iPhone's battery life by switching on Low Power mode. To do this, go to Settings > Battery > Low Power Mode and toggle the switch on. You can also add this function to Control Center for easy access.

Related: The Most Useful iPhone Control Center Widgets by Apple

Your iPhone will switch off Low Power Mode whenever your charge reaches 80%—unless you put it on charge while it's already at this level or higher.

When you start using your iPhone, one thing you'll notice within a few months is that Apple releases a lot of software updates.

Apple will do this for several reasons. Sometimes, you'll get new features to play around with. Other times, Apple patches up security issues or performance-related issues.

Each year, you'll also receive a significant new iOS software update. Usually, you'll get this at some point in early fall.

Whenever Apple releases new software for your iPhone, updating it is a good idea for optimizing your device's performance and security.

iPhones tend to charge pretty quickly. However, you'll soon run into one annoyance—and that is that you can't use your iPhone charger to charge other devices.

With your Android phone charger, you can plug it into several other gadgets. For example, some wireless headphone boxes use the same shape. But that isn't the case with Apple's proprietary Lightning connector.

When you travel abroad or go to work, you'll need to carry more chargers around. So, before you head to the airport for your next big adventure, make sure you've checked these off the list.

7. Your Emojis Will Change

iPhones have a very distinct user interface, with everything looking a bit sleeker than on Android.

​​​​​​​One area you'll undoubtedly notice a difference in design is with your phone's emojis. While you can still see Android users' emojis, they'll look more three-dimensional on the iPhone.

When you've set up your iPhone, you'll also have the chance to create a Memoji—which is your own personal avatar. Once you've done this, you can use it as a sticker in messages.

8. Your iPhone May Be More Durable

Modern iPhones are light and smooth. But many seasoned iPhone users will likely point to one area of common stress: the screen and how easily it breaks.

Contrary to popular belief, some users have found that their iPhone screens are more durable than some modern Android devices. Of course, this depends on where you drop your phone; if you threw it off the top of the Empire State Building, it probably wouldn't survive the fall.

If you were ever to drop your iPhone in the water, you'd find that the device is quite durable in this respect. The iPhone 12, for example, can stay submerged in water up to 6 meters deep for half an hour. The Samsung Galaxy S21, on the other hand, can stay underwater for the same time—but only to a depth of 1.5 meters.

9. You Can't Customize an iPhone Very Much

If you've had an Android smartphone for a while, you'll know all about the several customization features you can enjoy. Unfortunately, you're in for a bit of a shock if you're moving to an iPhone for the first time.

Compared to Android devices, iPhones don't have as many customization features. You could jailbreak your device to change this, but that could leave your device open to malware and other nasty surprises.

Related: What Is Cydia on My iPhone and What Does It Mean for My Security?

Having said that, you can still add some personality to your iPhone Home Screen. Beyond adding a wallpaper, you can:

Make Sure You're Ready to Switch From Android to iPhone

When you switch from Android to iPhone, you shouldn't have too many problems getting started. However, it's essential to keep in mind the key differences between the two operating systems.

Having read this guide, you should have a better idea of what you'll need to consider when changing from Android to iPhone. Give your device a bit of time; if you decide that you don't like it, you can always change back to your old phone. 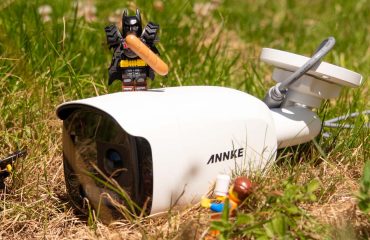 Annke BR200: Strobe and Siren Make This The Smartest Analog Security Cam Yet