Snapchat is rolling out group video chats and group voice calls. This allows you to video chat with up to 16 people, or voice chat with up to 32 people. This is something you can already do on countless other apps, but Snapchat clearly felt left out.

Snapchat hasn’t had the best of times recently. A major update upset users who promptly started a petition. And then Kylie Jenner expressed her disappointment, sending Snap’s share price tumbling. However, Snapchat weathered the storm, and is now moving on.

How to Start a Snapchat Group Chat

To start a group video chat, just enter a group chat and tap the video camera icon. Friends in the group chat will receive a notification inviting them to join, and can choose whether they want to see your ugly mug or not. You can then chat away as normal.

You can also start a group voice call by tapping on the phone icon. Either way, you’ll get an alert telling you when people join the group chat, and individuals can opt to be on camera or just on microphone. You can also use the usual lenses while chatting.

Snapchat is rolling group video chat out gradually starting this week. This feature comes two years after Snapchat introduced one-on-one voice and video calling, and Snapchat clearly feels that this is the right time to up its game by adding more participants.

The Homogenization of Messaging Apps

This is another sign of the homogenization of social media and messaging apps. Each successful app starts out offering something unique, but soon adds new features already pioneered by one of its competitors. The only question is which app will rule them all?

Most teenagers are using Snapchat these days, although millenials aren’t all that impressed. There’s obviously also Instagram, with these tricks to get more followers. And then there’s Telegram, the privacy focused alternative. So, choose wisely!

How to Sync Microsoft Outlook With Google Calendar

What’s New in the Apple Watch Series 3 and Should You Upgrade? 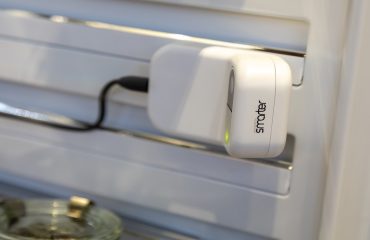 Smarter FridgeCam: An Affordable Way to Bring the Smart Kitchen to Your Home