You’re Slowing Down Your PC: 6 Common Mistakes and What to Do Instead

You’re Slowing Down Your PC: 6 Common Mistakes and What to Do Instead

Why is my computer so slow? This is the single most common complaint among computer users across the world.

Some techies call it “bit rot.” Whatever you call it, it’s annoying and it destroys productivity. Unfortunately, the root cause of the problem isn’t the computer. It’s probably you.

The way you use your computer can either prolong the life and performance of your computer, or it can contribute to the slowdown problem. To determine which kind of user you are, and how to change what you’re doing wrong, read on.

Why Do Computers Slow Down?

To appreciate how your own behaviors contribute to computer slowdown, it’s critical to understand what exactly causes a computer to act like a 90-year-old crossing a six-lane highway with a walker.

We’ve published lots of articles about why computers run slow, but these are the most common causes:

Let’s look at how your own behavior is contributing to each one of these causes.

1. Installing Too Many Applications

The first thing many people do when they buy a new computer is start installing as much software as they can.

There’s nothing wrong with installing software, but every application you install consumes precious computer resources in some way.

Many software developers like to add a feature to their software that allows it to run in the background. This makes the software available at a moment’s notice from the taskbar. Usually, this isn’t required.

During the installation process you should make sure that when you’re asked if the software can run in the taskbar (or as a service), you select No unless that’s really a feature that you need.

The problem with allowing software to run “in the background” is that every software that does this consumes a little bit of available RAM.

When you start installing every freeware application you find, even if the software isn’t malware, it can still potentially consume RAM.

You can view the top RAM hoarding applications by opening Task Manager and sorting processes by memory.

There shouldn’t be any surprises here. But if you see a bunch of running applications you don’t recognize, then it’s possible you’ve been installing too many applications without giving it much thought.

It may not be a bad idea to uninstall the applications you never use.

Software developers also like to slip their software into your computer’s “startup applications” list when you install it. You usually have the option to remove this, but few people actually pay attention to the installation process.

This results in a mountain of applications that launch every single time your computer starts. Over time, this dramatically slows down the time it takes for your computer to boot.

You can review what applications launch on startup by launching the Task Manager, and clicking on the Startup tab. On pre-Windows 10 computers, you’ll need to open the cmd prompt and type in MSCONFIG to access the startup list.

If you spot any applications you know shouldn’t be there, make sure to uninstall it. If you have a lot of unknown applications in this list, that could be a very big source of your computer slowdown.

Behavior Change: Only install new applications that you really need, and regularly uninstall software that you don’t use anymore. During the installation process, pay very close attention to settings that allow you to disable launching the application at startup. You can also read more about why installing too many applications will slow your computer down.

I once had a client who regularly called me on a monthly basis because his computer kept “acting up”. The final time I visited him, I decided to check the Windows logs for the last reboot time. Turned out the last reboot was 30 days earlier.

There are a lot of people who never turn their computers off. In most cases, it’s to save time the next time they want to use the computer. Unfortunately, rarely rebooting a computer contributes to slowdown issues.

Behavior Change: Do yourself a favor and shut down your computer every night. Not only will it keep your computer running fast, but you’ll also save electricity too.

One of the most common causes of a slow computer is an over-abundance of installed malware. The behavior that causes malware to get installed on most systems is the installation of a lot of freeware.

It isn’t that freeware itself turns out to be malware (although that’s sometimes the case). Instead, often the install wizard usually contains checkboxes (enabled by default) that provide user-approval to install additional unwanted software.

Here’s an example of such a screen while installing IObit’s Driver Booster software.

Most free applications you find online are supported by these sort of advertising tactics. Marketers know that most people just click “Yes” to anything while installing software, without reading each screen.

Behavior Change: If you decide to install free software off the internet, research the software to see if other users noticed any malware packaged into the installation. Only download the software from trusted websites, and pay close attention to every window during the installation process. Of course, it’s always a good idea to regularly check if your computer has malware.

4. You Aren’t Maintaining Your Computer

One of the most common reasons for the slowdown of older computers is either hard drive fragmentation, hard drive failure, or corrupt system files (usually caused by viruses or malware).

Disk drive fragmentation is just a natural effect of how information gets written to your hard drive. Files and data are not stored in organized, consecutive memory addresses. Many times there aren’t enough blocks of memory available for that, so Windows manages tracking and organizing the storage of information on segments of memory all over the drive.

Over time, the hard drive can get so fragmented with very few open, consecutive blocks of memory that it takes the OS much longer to store or obtain data. You can prevent this from happening by ensuring your hard drives don’t get too fragmented.

On Windows 10, this is very easy to do. Click on the Start menu, and type the word defrag.

If your computer is set up properly, you should see that defragmentation and optimization is done automatically on a regular schedule.

If this isn’t On, then click on Change settings, and make sure you have it set up to run on a regular schedule.

Also, if it wasn’t set up to run regularly, it wouldn’t be a bad idea to click on Analyze to see just how badly fragmented your drives are.

This can cause a variety of strange behaviors. The computer might randomly freeze, display an error screen, or run very slowly. If you’re interested in the details, we have a two-part series on bad hard drive sectors, well worth the read.

You can check for bad sectors on your drives by running a chkdsk scan every now and then. To do this, just open a cmd window as an administrator, and run the command:

If there are any bad sectors on the drive, this scan will report them. It’s a good idea, as part of a regular computer maintenance program, to run this command every month or so just to make sure everything is healthy.

Automating the chkdsk command could potentially slow down your PC even more. So, just add it to your calendar to run it every month or so and that should be enough to catch any issues.

Another symptom of installing too much (bad) software are corrupt system files. This is why it’s also a good idea to regularly check the health of your operating system by running a system scan. You can do this using the sfc command.

Open a command window as an administrator and type the command:

Hopefully, all your system files are fine. If any are corrupt, you’ve got some work to do. But don’t worry, we have plenty of articles on cleaning your computer of viruses and removing malware.

Behavior Changes: It’s simple; your computer needs regular health checkups just like you do. If you are lazy in this area, eventually a system or hard drive failure will start impacting computer performance, and you won’t know why. Schedule your scans and stay on top of repairing any problems you find.

5. You Never Clean Up Temp Files

Whenever I have a friend who says their computer is running slow, the first place I always check is temporary file locations. There are three main areas where files get cached over time.

In each of these cases, once you’re done with your current computer session, these files are no longer needed. Unfortunately, the computer doesn’t delete them automatically. However, you can configure your computer to automatically clean temp files every time you turn off your computer.

Behavior Changes: Pay attention to system resources you’re using, and remember that things like RAM and hard drive space aren’t unlimited. Whatever you can do to conserve memory use and drive space will help your computer perform better.

6. Confusing Your Computer With the Internet

It’s very common for people to confuse a slow network or internet connection with a slow computer. It’s possible your computer is fine, but there’s a problem with your router, VPN, or your ISP.

This is not an easy problem to troubleshoot, but there are plenty of resources available to help. First, use James’ guide to what’s slowing down your network.

Behavior Changes: The internet is the first place to look when things are slow (if you’re using a browser). Always confirm your internet connection is fine before spending too much time troubleshooting your computer.

More on Being a Responsible Computer User

All these issues aren’t really your fault as a computer user. It’s a failure on the part of computer systems that they require users to perform regular maintenance and scans in order to keep them running optimally.

Windows 10 at least automates many of those things now (like disk defragging), and Mac has always been good about running efficiently over time.

It can take some work, but if you take good care of your computer, it’ll perform well for you over the long haul.

Tagged under: Common, Down, Instead, Mistakes, Slowing, You’re 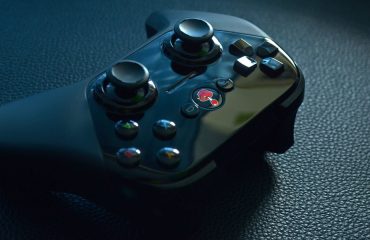 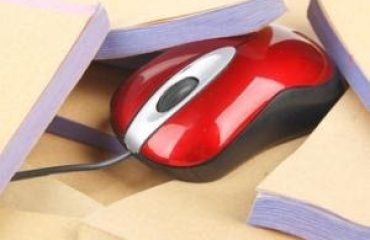 How to Manage Years of Browser Bookmarks: 5 Steps to Tidiness 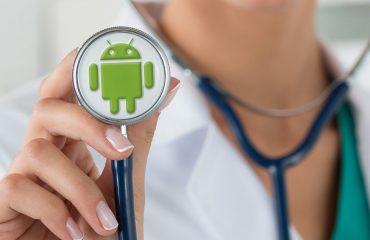 4 Apps to Check If Your Android Device Is Functioning Properly