The 22 Best Doctor Who Sites for News, Gifts, and More

The 22 Best Doctor Who Sites for News, Gifts, and More 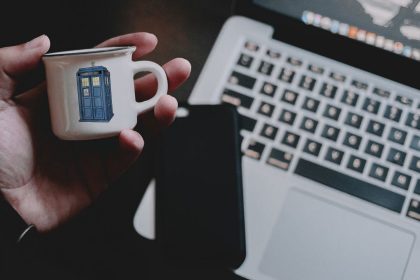 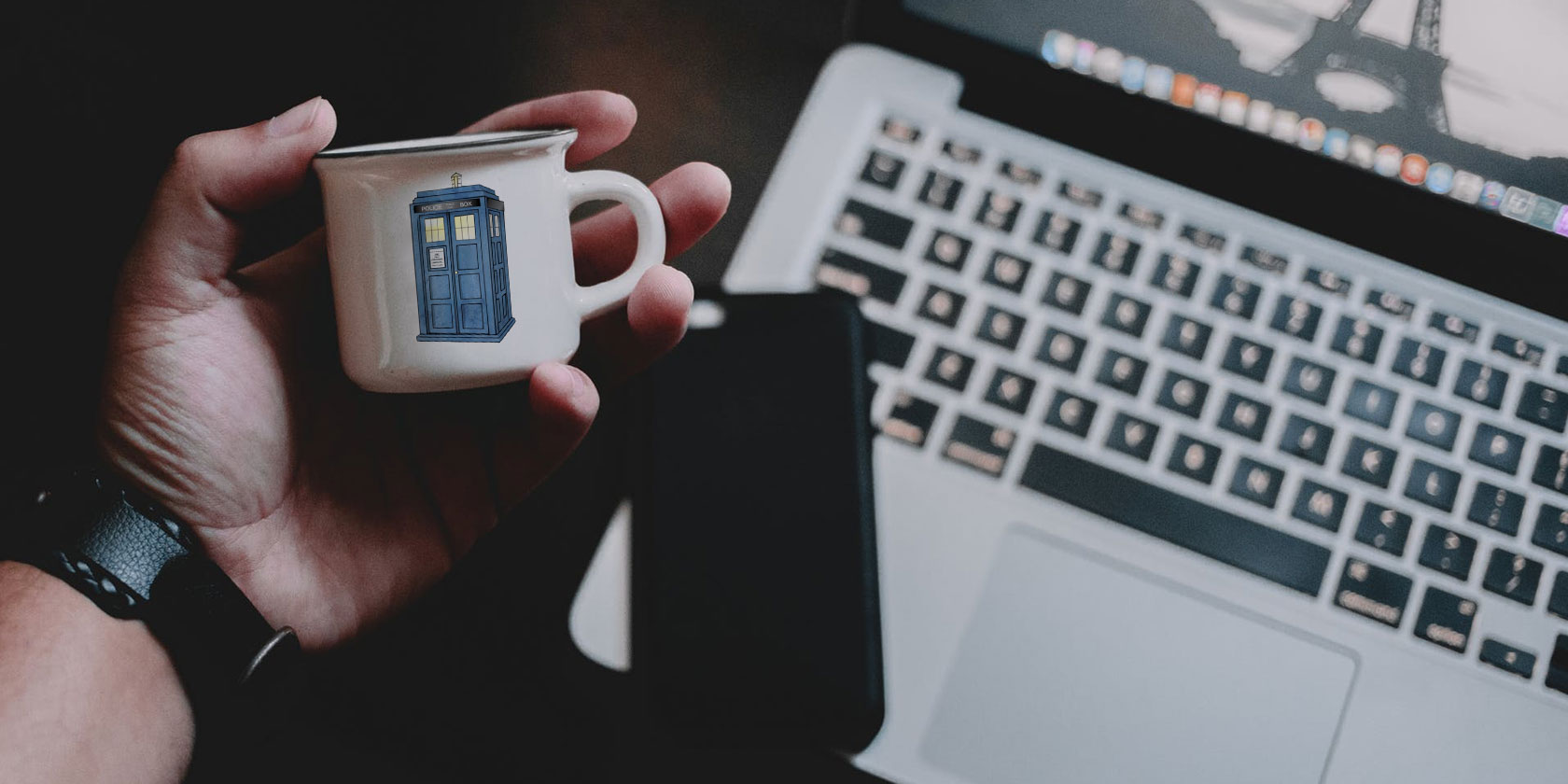 For over 55 years Doctor Who has been thrilling fans of adventures in time and space around the world. With hundreds of websites dedicated to the show, it can be tough to find the best ones.

So, we’ve rounded up the best Doctor Who sites for news, merchandise, and more.

Are You a New Doctor Who Fan?

If you’re a new fan of the long-running show, you might be thinking “whoa, so much to learn!” And while that might be true, it doesn’t mean you can’t have fun doing it.

Looking for the best Doctor Who sites on the web? Time-travel through these amazing links.

3 Sites to Get the Latest Doctor Who News

First off, it’s Doctor Who news sites, where you can find all the latest official news and gossip about the show. If you prefer to keep your Doctor Who news 100% official, the place to visit is the BBC’s main site. Almost every BBC show has its own pages, but Doctor Who gets an entire mini-site.

Like Doctor Who News, the official site is fact checked and accurate. However, as genuine show news is sparse when off-air, not much happens between series. It’s worth visiting when Doctor Who is on air, however, for exclusive videos, interviews, and more.

Competitors have come and gone over the years, but Doctor Who News is—unsurprisingly—number one for news. Established from the ashes of its predecessor, Outpost Gallifrey, Doctor Who News features regular updates about everything Doctor Who.

The style is formal and factual, without any editorial bias. This might turn some off, but you can guarantee the facts are right.

Another independent Doctor Who news site, Doctor Who TV has a blog format and is a little more fun. You’ll find a host of content about spin-off shows here too, as well as reviews and polls.

Also, look out for birthday announcements of key personnel from the show and production.

Doctor Who TV should not be confused with DoctorWho.tv, a separate site controlled by BBC Worldwide.

Not all Doctor Who sites are about news. Some feature reviews, features, and even interviews with people connected with the show.

4. The Doctor Who Companion

About more than just Doctor Who characters, the Doctor Who Companion features an immense archive of articles dating back to 2005. With episode reviews, spin-off audio reviews, opinion pieces, and even interviews, it’s a great magazine for Doctor Who fans online.

(The Doctor Who Companion is edited by MakeUseOf’s Philip Bates.)

5. The Doctor Who Site Offering almost everything you could possibly want from a Doctor Who site is the Doctor Who Site. There’s a ton of regularly updated content here, from merchandise and reviews to a history of the show and even games.

6. The Doctor Who Wiki

Want to know everything about Doctor Who but don’t have the time to watch every episode? Several Doctor Who wikis are available such as TARDIS, a fandom wiki from Wikia. Here you’ll find references to characters and locations from across the show’s history, 1963 to date.

Doctor Who podcasts deliver a whole new dimension of appreciation for the show to your phone or tablet.

Launched in 2006, RFS has featured a long line of Doctor Who personnel from both sides of the camera. A weekly magazine format with a trio of regular hosts, RFS takes in every topical aspect of Doctor Who.

Six women from three different continents discuss Doctor Who. Before the time of the 13th Doctor (Jodie Whittaker) this might have seemed a novelty; these days, it’s necessary.

Many episodes discuss old Doctor Who stories, which is a strong approach for a weekly show in a crowded genre. A big part of Doctor Who’s existence beyond television is the vast library of original adventures voiced by former cast members. These are full cast audio dramas as opposed to audiobooks, and they’re superb. The Big Finish Podcast takes you behind the scenes on upcoming adventures, features interviews, and is always worth listening to.

Check our list of the best Doctor Who podcasts for more. Well-known among Doctor Who fans, The Who Shop opened in 1984 and is available to visit in East London. The website features an online store where you will find items such as books, jewelry, partyware, and more.

For North American Doctor Who fans looking for merchandise, use this BBC.com Doctor Who Store. Books, DVDs, Blu-rays, attire, and other kits can be purchased. The selection is narrow, but you’re buying directly from the BBC.

For British readers looking for an official BBC store, check DoctorWho.TV. Choose from Doctor Who toys, action figures, and other types of Doctor Who gifts.

Doctor Who Sites for Cosplayers and Builders

Some Doctor Who fans are more creative than others. And perhaps a little bit obsessive.

The real star of Doctor Who is the time machine, the TARDIS. This website and forum is a great place to meet and chat with other fans of the blue box. As the name suggests, the aim is to build a TARDIS, or at least the exterior and interior. But with many design overhauls since 1963, you might spend much of your time deciding which version to build.

Want your own props for cosplaying but not skilled enough to build your own? Doctor Who’s specialist prop builder Nick Robatto produces licensed replicas from the show. They’re not cheap, but wow, are they amazing! Another option for obsessive creatives is building your own Dalek. A design classic, a Dalek can be constructed from affordable materials, although it can take time to get right.

Check into the Project Dalek website for tips, tricks, and designs for your Dalek build.

Meet and Chat With Other Doctor Who Fans

One of the most important aspects of fandom is to communicate with others who share the same interest.

Perhaps the most important place for Doctor Who fans to gather is the Gallifrey Base Forum. This long-running online mecca for fans features all manner of members. So, you might find yourself chatting with people connected with the show and its merchandise. The main Doctor Who subreddit is a great place to find fans, comments, thoughts, and fan-uploaded videos. These might be of public appearances, fan film projects, or artwork. Be nice, it’s a great community, mainly of younger fans.

Offering a more general Doctor Who discussion and the occasional spoiler, the Gallifrey subreddit might be more suited to you. You’ll certainly find some well-argued thoughts and opinions here.

Want to watch some Doctor Who episodes online? It’s easier than it used to be but depends where you’re based. Available in North America and in the UK, Britbox features classic Doctor Who, 1963-1989. This covers the first seven Doctors, a host of classic monsters, and is full of nostalgia.

If you can access the BBC’s iPlayer service, you can watch Doctor Who online via an app or in your browser. This service offers every episode since 2005, from the Ninth Doctor (Christopher Eccleston) through to the 13th (Jodie Whittaker).

A great place to catch trailers, exclusive clips, and DVD/Blu-ray feature previews is the BBC’s official Doctor Who YouTube channel.

Many other Doctor Who channels are available on YouTube, almost wholly fan-produced content. Of these, perhaps the best is Daleks 63-88, dedicated to the history of the Doctor’s mortal enemies. They produce stunning documentaries and are highly recommended.

So Much Doctor Who Online!

With so many Doctor Who websites and communities on the web, you’ll be hard put to enjoy any other show. But who cares? Time to hit the best Doctor Who sites, watch the show, by merchandise, and have timey-wimey fun!

Want more Doctor Who? It’s time to start watching some episodes. But which ones? Let us help you out there too, with the best Doctor Who episodes of all time.

Read the full article: The 22 Best Doctor Who Sites for News, Gifts, and More 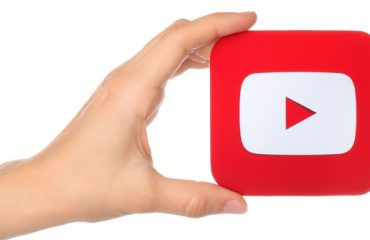 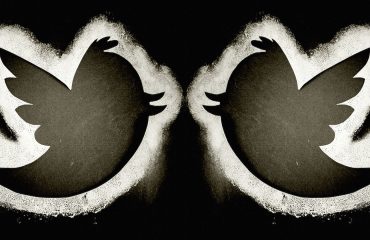 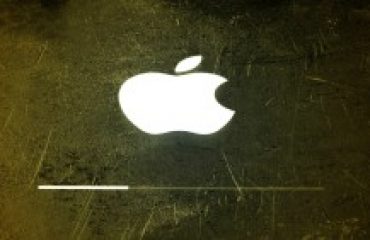