The LG Wing Is Available Now on AT&T, T-Mobile, and Verizon

The LG Wing Is Available Now on AT&T, T-Mobile, and Verizon

Say what you will about the LG Wing, but it most definitely isn’t like other phones on the market. It’s certainly not for everyone, but if you’re into the idea of a phone that can also serve as a conversation starter, then you may want to pick up an LG Wing.

The LG Wing is finally available on all three major US carriers. Whether you’re a Verizon, AT&T, or T-Mobile user, you can run out (or order online) and get yourself one of the most interesting-looking smartphones we’ve seen in years.

How Much Is the LG Wing?

The price of the LG Wing varies slightly depending on which carrier you end up ordering through. Verizon and T-Mobile have standard prices where the phone costs just about the same whether you finance it or pay for it outright. AT&T’s deal is a bit more complicated with trade-in bonuses and an extended finance period.

The integrated and versatile multi-screen design of the #LGWING 5G delivers a powerful experience that is every multi-tasker’s dream. Buy the LG WING™ 5G and get one free from T-Mobile. On-sale today. https://t.co/UQcWWHMDHS pic.twitter.com/CvqT04MWCS

Regardless of where you decide to buy the phone or how you choose to pay for it, you’re looking at an all-in cost of about $ 1,000.

Here’s the price breakdown for each of the three carriers (NB: the phone came out on Verizon in October, but it’s now available on AT&T and T-Mobile):

The LG Wing isn’t available unlocked, so you’ll need to purchase it through one of the carriers outlined above if you want to get your hands on the device.

What Is the LG Wing?

The LG Wing is quite innovative. It features two different screens, but not in the traditional way.

Instead, it features a 6.8-inch display that slides off to the side to reveal a 3.9-inch screen hidden underneath. Having the screen work this way opens up quite a few options for multitasking and other out-of-the-box ways to use a phone.

It is a 5G-capable device with a Snapdragon 765G processor running the show. The phone also features 8GB of RAM, 256GB of storage, a 4,000 mAh battery, and Android 10. We haven’t heard when Android 11 will roll out for the phone.

Versatile and one-of-a-kind: no matter what you do, the form factor of the #LGWING 5G improves the
experience. Get the new LG WING™ 5G for $ 350 with trade-in for new and existing AT&T customers. On-sale today. https://t.co/roy7161pYq pic.twitter.com/OQmsQUoA2S

LG’s Wing features a 64MP primary camera with 13MP and 12MP ultrawide sensors supporting it. It comes with a beefy 32MP selfie camera that pops out of the Wing when rotated.

It’s a solid phone in terms of specs, but it’s the design that makes it stand out. Of course, you’ll need to decide whether that design is something that works with your lifestyle. 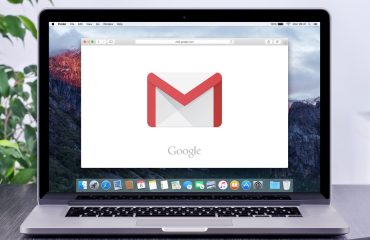 The Most Useful Gmail Keyboard Shortcuts Everyone Should Know 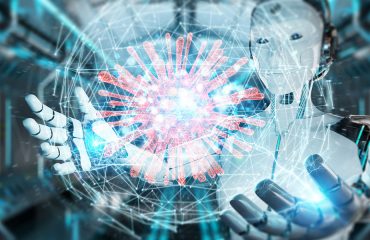 How Artificial Intelligence Will Shape the Future of Malware

You Can Now See When Your Surface Becomes Outdated | MakeUseOf