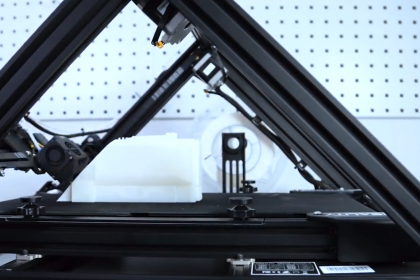 Creality has teamed up with Naomi Wu (aka SexyCyborg) to create the 3DPrintMill CR-30. By using a heated belt rather than a traditional build-plate, users can theoretically print infinitely in the Z-axis.

The new printer, which is currently part of an ongoing campaign on Kickstarter, can also batch print models for up to 200 hours unattended.

A New Kind of 3d Printer

The CR-30 uses a 45-degree angled print head, meaning models are printed front-to-back as the heated belt moves. Once a print is finished it moves down the belt into a cooling area before popping off at the end or moving onto a set of metal rollers for support.

While the concept of infinitely long 3D prints is compelling, the ability to print multiple models in batches is likely going to be this printer’s main use case. Designed with small scale eBay and Etsy creators in mind, the printer will be able to mass-produce models using methods not previously available to small scale designers.

The Creality 3DPrintMill CR-30 Belt 3D printer is part of an ongoing Kickstarter campaign, with early-bird models of the CR-30 available for $ 687. If you like the idea but would rather try to modify your own 3D printer, the belt drive system is also available as a standalone product.

The belt and build angle is the main draw of the CR-30. All other specifications are fairly standard for FDM 3d Printers.

An attachable roller belt extension and WiFi connectivity box are also available as stretch goals for the Kickstarter campaign.

The idea of using a conveyor belt for 3d printing isn’t new. Unfortunately, belt-driven 3D printing was patented by MakerBot some years ago, much to the consternation of the maker community at the time.

The new printer has been designed in conjunction with Naomi Wu aka SexyCyborg, a long time advocate of open source tools and systems for makers. The Shenzhen-based maker gave a preview of the printer in a YouTube video in September 2020.

It’s unclear how Creality and Naomi managed to get around the patent issue for belt-drive printing, but it seems like affordable mass production has finally landed for creators using 3D printers.

The decision to Kickstart the CR-30 is seen by some as a cause for concern, along with Creality’s decision to not open-source the printer’s details. Some point to Creality being a very established brand that shouldn’t be using crowdfunding to launch new products at this stage.

Others remember the ill-fated release of the CR 6 SE, with some units reporting catching fire due to a potential design error on the main circuit board. This was a long time ago, however, and the Creality LD002R is among the best resin printers we’ve reviewed.

Naomi Wu addressed some of these concerns in a Reddit thread, explaining the reasoning behind crowdfunding the printer. She goes on to reveal that having the printer open-source is something she is fighting for, but after several years of financing research and development for the printer, Creality is reluctant.

Recent comments on the Kickstarter show Creality to be considering it, but nothing more at this stage. In a community where open-source is expected, it could be a blow to Creality, no matter how compelling the 3DPrintMill CR-30 turns out to be.

Google Maps Tells You the Best Times to Shop 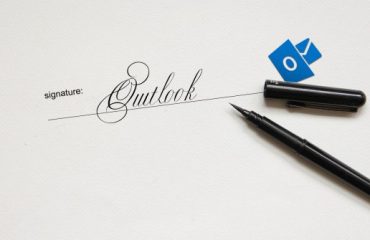 Outlook Premium Is Now Available to Everyone