What Is the Best Smart TV Operating System?

What Is the Best Smart TV Operating System? 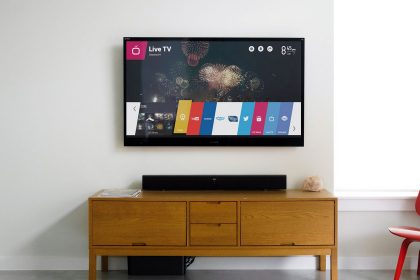 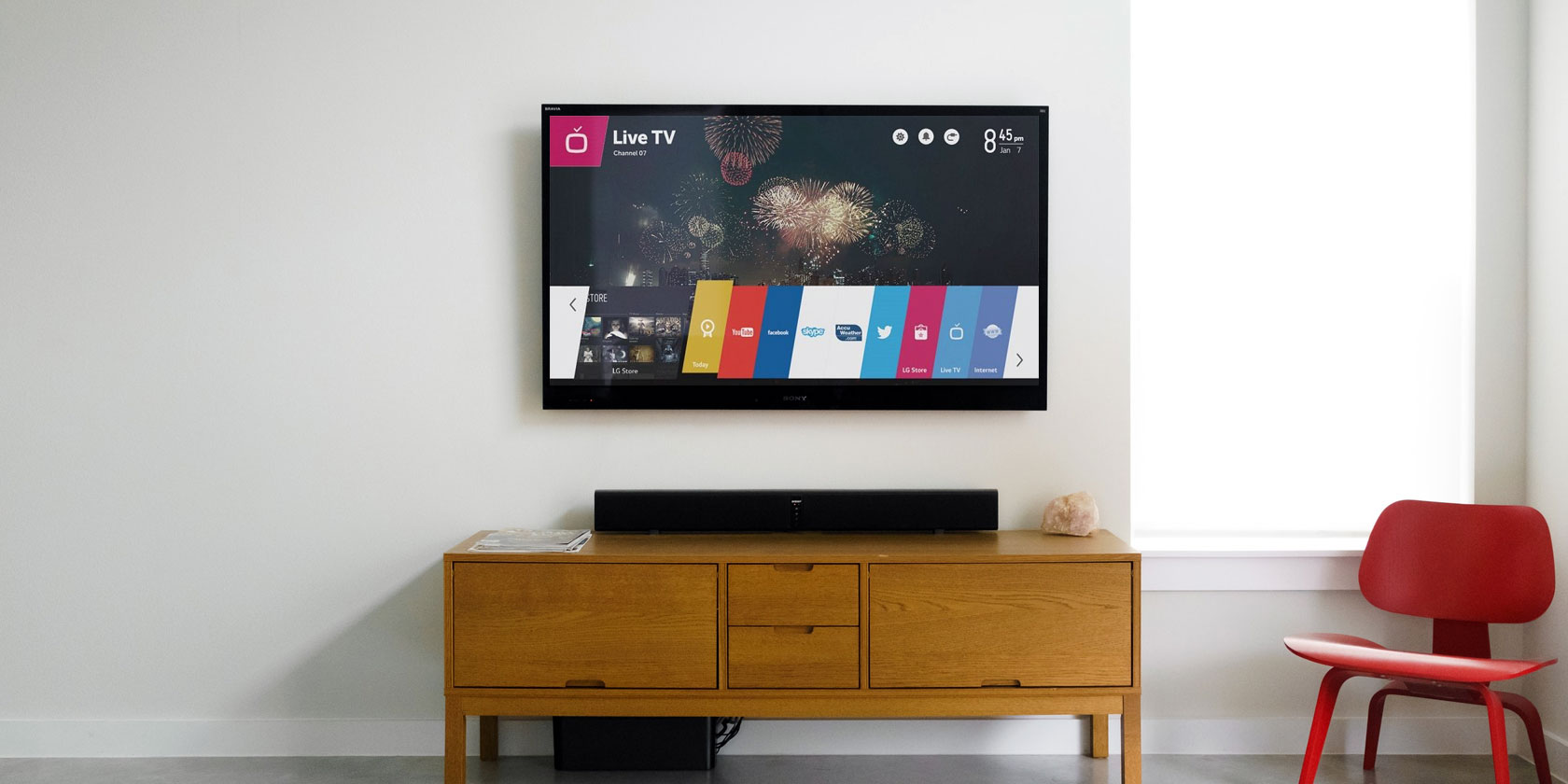 There are lots of things you need to know before buying a smart TV. What size do you want? How many HDMI ports do you need? Any extra features that are important to you?

But there’s one question that people often overlook: which operating system should you buy? This article will help you answer that question.

It isn’t 2016 anymore. Back then, we were telling readers why you should avoid buying a smart TV. But in the intervening years, a lot has changed.

It’s now almost impossible to find a new TV that isn’t “smart.” Take a trip to your local electronics store, and you’ll be overwhelmed with promises of streaming, casting, sharing, and all the smart TV buzzwords.

But, not all smart TVs are created equal. Much like the world of desktop operating systems, the various smart TV operating systems have their own strengths and weaknesses. Some have a more extensive choice of apps, some have a better user interface, some are more compatible with third-party devices, and so on.

So, which is the best? In this article we pit Roku TV, Android TV, Fire TV, WebOS, and TizenOS against each other to see which smart TV operating system is best.

In 2017, Roku launched a lot of new hardware, but the Roku TV operating system survived the cull.

The OS includes the best parts of the Roku set-top boxes but also throws in some extra features that are unique to the platform.

For example, unlike the other products in the Roku range, you can connect an HDTV antenna to a Roku TV and enjoy a full electronic program guide (EPG) from within the Roku ecosystem.

Roku TV has also benefited from staying well clear of the seemingly never-ending bickering between Amazon, Google, and Apple. As such, you’ll find all the most popular apps from all the providers (unlike Amazon Fire TV, which does not have a YouTube app).

Other features include a universal search function, a customized feed of upcoming shows you’ll be interested in, and a private listening mode.

Of course, like all Roku products, you can also install private channels. They provide access to TV content which isn’t available in the main store. We’ve previously looked at the best private Roku TV channels if you would like to learn more. Since 2014, LG has been steadily refining the OS, and it’s now found in everything from fridges to projectors.

The operating system revolves around the launch bar at the bottom of the screen. On the bar, you will find all your apps and settings. You can customize the order of the bar so the apps you use most frequently show up first.

WebOS is Bluetooth compatible, meaning it’s easy to hook up keyboards, mice, and other useful peripherals. It is also Miracast compatible. (Miracast is a cordless version of HDMI!)

Other noteworthy features include live apps (so you can pause content in one app, start using another app, then return to the first app and pick up where you left off later in the day), 360-degree video playback, and an OLED image gallery.

If you’re looking for crisp and clean, WebOS is the clear winner. Android TV is probably the most common smart TV operating system. And, if you’ve ever used an Nvidia Shield (one of the best devices for cord cutters), you’ll know that the stock version of Android TV takes some beating in terms of the feature list.

However, with Android being Android, you will not get a consistent user experience across different TV manufacturers. They all feel the need to put their own “twist” on it, usually for the worse. Error messages saying that a part of the OS system has stopped working are not uncommon on non-stock implementations.

On a more positive note, any television running Android TV will also have Chromecast built in. It makes streaming or casting content from your Android phone or tablet a breeze.

You can also cast directly to your TV from your computer as long as you have Chrome installed. Just go to Menu > Cast to begin.

You also be able to use Google Assistant. That means you can use your voice—via your TV—to control all your smart home devices such as lights, speakers, thermostats, electrical sockets, and more. TizenOS is a Linux-based operating system that has been developed by The Linux Foundation.

You will only find TizenOS on Samsung devices. It’s in all of the company’s products, including TVs, cameras, ovens, and air conditioning units.

Of course, TizenOS has a bad reputation following the Samsung TV “spy-gate” in 2015. To be fair, those issues are long in the past. Samsung TVs don’t spy on your any more (at least to our knowledge). However, Tizen still leaves a lot to be desired as a smart TV OS.

Visually, the operating system is fine. It’s clearly taken a lot of design cues from WebOS; there’s a horizontal bar at the bottom of the screen with all your apps and content.

Criticism comes in two forms. Firstly, it’s not as intelligent as some of the other operating systems on this list. For example, while Roku learns what you like and suggests new content from all the apps you have installed on the OS, TizenOS merely suggests apps that you haven’t opened for a while. It’s not inspiring.

Secondly, it faces accusations of being too simplified. Whereas WebOS strikes a perfect balance, tech-savvy users will find the fun settings hidden being endless buttons and submenus.

U.K. users will also bemoan the lack of Freeview Play. It’s a repo of programs from all of Britain’s major OTA TV networks and is available on most of Samsung’s competitors’ TV sets.

Fire TV Edition is the new kid on the block. As the name suggests, it’s the smart TV operating system version of the popular Amazon Fire TV devices. At the time of writing, you will only find Fire TV Edition on Toshiba and Element televisions.

Fire TV Edition also gives you access to Amazon Alexa. Like Google Assistant, it can control your smart home, update you on the news and weather, and engage with other apps that form part of your daily workflow.

Content-wise, you’re limited to apps that are available in the Amazon Appstore. Even though Fire TV is based on Android, you cannot access the Google Play Store. Nonetheless, most mainstream apps are available, with the notable exception of YouTube.

However, you can sideload apps onto Fire TV devices, and Fire TV Edition is no different. You just need to get your hands on the APK file for the app you want.

Check out our article looking at the different versions of Fire TV if you’re not sure whether Fire TV Edition is right for you. And if you’ve already bought a new Fire TV Edition, make sure you check out our list of essential Fire TV apps.

And the Winner Is…

We’re going to call it a three-way tie between Android TV, WebOS, and Roku. In truth, each of the smart TV operating systems excels in a different area, but Amazon Fire falls flat due to the lack of YouTube and the Google Play Store, while TizenOS is by far the weakest of the bunch.

If you want slick and minimal, go for WebOS. If you want the largest selection of apps, choose Roku. And if you want smart assistant capabilities, pick Android TV.

If you’d like to learn more about smart televisions, check out our list of smart TV lies you have probably fallen for.

Read the full article: What Is the Best Smart TV Operating System? 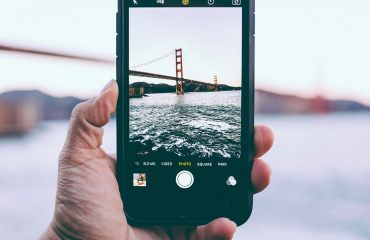 5 Reasons to Use Google Photos Over iCloud Photos 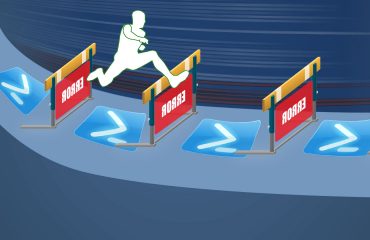 Handle PowerShell Errors Like a Boss With These Tips 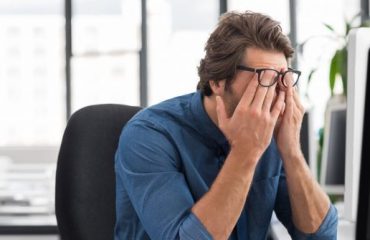 6 Reasons a New Monitor Will Reduce Your Eye Strain