Why Amazon Is Openly Arguing With Politicians on Twitter

Why Amazon Is Openly Arguing With Politicians on Twitter

Amazon has started hitting back at its critics on Twitter. With both its official Amazon News Twitter account and one of its top executives responding to politicians critical of the way its business operates.

But why? And why now?

Amazon Will Always Have Its Critics

Amazon has always had its critics.

First, the critics condemned the whole idea of an online retailer. Because who in their right mind would buy goods online?

Two decades later and Amazon is not only the world’s largest online marketplace, it’s also the most valuable retailer in the United States. Which has raised new criticisms.

Critics claim that Amazon doesn’t treat its workers as well as they should or pay them as much as they deserve, amongst other things. And politicians have openly expressed these criticisms on social media.

Amazon has, until now, stayed fairly silent on social media. But, just recently, something seems to have shifted.

Amazon Fights Back Against Its Critics

On March 24, 2021, Dave Clark, the CEO of Amazon’s worldwide consumer division, posted a series of tweets aimed at US Senator Bernie Sanders. This came after Sanders was reported to be traveling to Alabama to meet with Amazon workers pushing to unionize.

Then, on March 25, the Amazon News Twitter account responded to US Representative Mark Pocan after he mocked the company’s claim to be a “progressive workplace”.

1/2 You don’t really believe the peeing in bottles thing, do you? If that were true, nobody would work for us. The truth is that we have over a million incredible employees around the world who are proud of what they do, and have great wages and health care from day one.

Finally, on March 26, 2021, the Amazon News Twitter account quote-tweeted US Senator Elizabeth Warren claiming she wants to “break up an American company so that they can’t criticize her anymore”.

This is extraordinary and revealing. One of the most powerful politicians in the United States just said she’s going to break up an American company so that they can’t criticize her anymore. https://t.co/Nt0wcZo17g

Did Jeff Bezos Rally His Troops to Wage a Twitter War?

According to Recode, this is all the fault of Jeff Bezos.

The founder and CEO of Amazon is reported to have “expressed dissatisfaction in recent weeks that company officials weren’t more aggressive in how they pushed back against criticisms of the company that he and other leaders deem inaccurate or misleading.”

Whether that’s accurate or just pure coincidence, the fact is that Amazon has decided to come out swinging rather than stay silent and take the punches.

Countering Criticisms Is a Full-Time Job

Like everyone other company or individual, Amazon has the right to counter criticisms of its conduct. But with a company the size of Amazon, responding to even just the biggest critics could become a full-time job.

So, rather than engaging in Twitter wars with politicians, Amazon’s executives may be better off talking to the company’s employees instead. 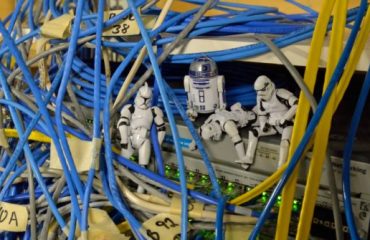 Cloudflare Has Been Leaking Data, So Please Change Your Passwords

Best Android TV Box on the Planet for All Budgets How to Use Windows Focus Assist (Formerly Quiet Hours)